NOTE: This is an older posting I started a couple of years ago and just now completed. 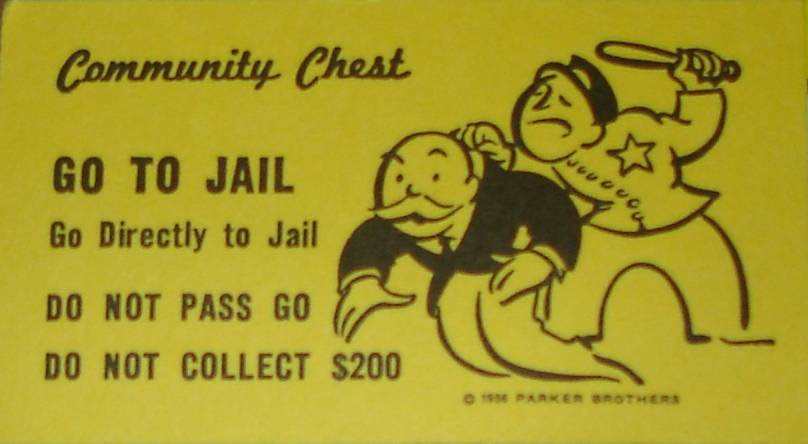 Bad things will happen in your life, unless you are really, really lucky.   For most of us in the USA, such setbacks are pretty minor compared to the rest of the world.

The other day, I had a financial setback that cost me a few thousand dollars.   I miscalculated a filing fee on behalf of a client, and I may be on the hook for the difference.   It was disheartening, but educational.  And yea, it was depressing.   How could I make such a stupid mistake?

But like anything else, it is to be expected that you will experience setbacks in life.   Your stock portfolio will tank.   Your house may go down in value.  You likely will get into a car wreck sometime in your life (on average, every 11 years).   You will get sick and have a hospital bill.

And of course, you eventually will get old, infirm, and DIE.   Yea, that.

But as nasty as all of that sounds, here in America, we have it pretty well.   Yea, you might get sick and have huge hospital bills (maybe not so much, anymore under Obamacare) and have to declare bankruptcy.   But on the other hand, you have access to some of the best medical care in the world.

(Attention haters:  No, I don't want to hear how medical care is better in Sweden or Canada.   We're talking the WORLD here.  We are very lucky).

But again, people don't like to hear this.  They want to wallow in their own misery, and act as victims.   No one could expect to get in a car wreck, right?    Even though on average, you will get in at least a small accident every 11 years or so.

And getting sick?  How could you predict that, given America's diet and exercise program?   It is all so unfair!  I am being sarcastic, of course.

Sound financial planning includes planning for the unexpected, and that means expecting setbacks and difficulties in your life.

You may get laid off from a job.   In fact, I suspect there is a 50/50 chance (or greater) that you will be, particularly as you get older.   But we all live in denial on that one - it is the "other guy" who is walking to the elevator with a copy-paper box of desktop mementos, not us.

It is like when I went to college.  During orientation, they gave the speech of, "look to the left of you, and look to the right of you, one of you won't be here in four years."    And I assumed that it was the guy to the left of me, as he looked like a waste case.   But I was wrong about that!

And sadly, we treat these predictable events as some human tragedy.   As I have noted before, college administrators act shocked every time a student drops out, even though hundreds, if not thousands, drop out of their college every year.  Rather than plan for this event (having a drop-out program) they treat students like lepers, and wonder why students jump off buildings when they fail an exam.

Shit happens - prepare for it.   We all say that, but never really believe it.   And maybe as Americans, we have some cultural bias against preparedness.  High School Coaches say stupid things like, "Give 110%!" or "Losing is not an option!" when in fact, you can only give 100% and losing is an option, 50% of the time.  We are a very winner-biased society - we laud winners with accolades and money, but losers are swept under the rug.

Funny thing, though.   For every high school football star who goes on to be an NFL superstar, there are likely 100 or 1,000 or maybe 10,000 who end up as car salesmen or plumbers or some other career.   Do they feel robbed?   Do they laud the achievements of their more successful brethren?

Or maybe they just did OK in life and have nothing really to complain about.

And that excess filing fee?  I was able to refile the case and avoid paying it.   But it made me realize that I was kind of done with writing Patents and started winding down my practice.   Sometimes it takes a "shit happens" moment to motivate you in one direction or another.   Adversity can be instructive, if you let it!
Newer Post Older Post Home