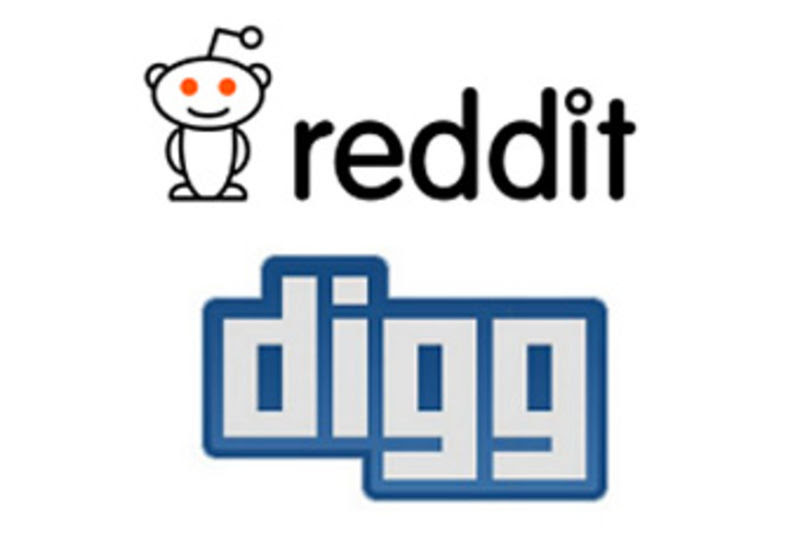 Digg, for a brief period, was a powerhouse on the Internet.   For a brief period.  Reddit may go the same way.  Gawker - where I scraped this image from, who the hell uses that?

Why do these sites become suddenly popular and why do they suddenly fail?   These are good questions to ask, if your last name is "Zuckerberg."  Hubris seems to be the common denominator.  Digg stepped into the dogshit by creating a site that was easy to spoof, and then later on tried to fix this by policing the site.

It was possible for users to have disproportionate influence on Digg, either by themselves or in teams. These users were sometimes motivated to promote or bury pages for political or financial reasons.

Serious attempts by users to game the site began in 2006. A top user was banned after agreeing to promote a story for cash to an undercover Digg sting operation. Another group of users openly formed a 'Bury Brigade' to remove "spam" articles about US politician Ron Paul; critics accused the group of attempting to stifle any mention of Ron Paul on Digg.

However, later that year Google increased its page rank for Digg. Shortly afterwards, many 'pay for Diggs' startups were created to profit from the opportunity. According to TechCrunch, one top user charged $700 per story, with a $500 bonus if the story reached the front page.

Digg Patriots was a conservative Yahoo! Groups mailing list, with an associated page on coRank, accused of coordinated, politically motivated behavior on Digg. Progressive blogger Ole Ole Olson wrote in August 2010 that Digg Patriots undertook a year-long effort of organized burying of seemingly liberal articles from Digg's Upcoming module. He also accused leading members of vexatiously reporting liberal users for banning (and those who seemed liberal), and creating "sleeper" accounts in the event of administrators banning their accounts. These and other actions would violate Digg's terms of usage. Olson's post was immediately followed by the disbanding and closure of the DiggPatriots list, and an investigation into the matter by Digg.

This would all seem to be academic, but for the fact the exact same drama is playing out on Reddit right now.  During the run-up to the last election, Donald Trump supporters tried to "brigade" the site by spoofing the site's algorithms, to not only get pro-Trump articles on the front page, but to spoof Google's algorithms as well, to get certain images to appear on Google's pages by encouraging Trump supporters to upvote certain links.   And it worked too.  For a few days, if you googled "Crooked" the image of Hillary Clinton would appear, for example.
These were kids playing with a new toy.  Just as your 14-year-old grandson isn't afraid (as you are) to push all the buttons on your smartphone or computer and "see what happens" this young generation wasn't afraid to "see what happens" if they pushed the boundaries of the social media websites they were spoofing.

So, Digg decided to redesign the site from the ground-up, including a whole new user interface.   It was about as popular as Facebook's timeline feature - which according to some, came close to destroying Facebook (timeline was about the time I erased and closed my Facebook account).  Sudden changes and overhauls to social media sites are tricky things - people have a page they are comfortable with, and to expect millions of users to accept an entirely different page, overnight, is hard to do.   Better to do this shit in increments, rather than wholesale.

Facebook and other social media sites face the same problems today.   Political extremists try to hijack the sites for their own social agendas.   Trying to censor these extremists results in negative publicity and boycotts.   Trying to change the site to avoid brigading  and other spoofing techniques, turns off the core base for the site.  It is Hobson's choice - damned or be damned.   Allow odious content to permeate your site (driving away users) or reform the site to eliminate odious content (driving away users).   There is no middle ground.

There is another theory, though, which I think has more credence.   These social media sites have a half-life, just like radioactive materials.   Each site is more successful than the previous one it supplanted and gains even more users (by a logarithmic increment) than the site that preceded it in prominence.  And each site lasts logarithmically longer than the previous site it replaced.  (One could make the same observation about operating systems as well).
So, as time progresses, we see each successive social media type sites have more and more users, last longer, and become more successful - before failing.  So things like AOL were flash in a pan.   Maybe Myspace or Digg or Second Life lasted a wee bit longer.   But this begs the question - eventually some social media site will be large enough and last long enough - if my formulation is correct - to essentially last forever.   Is Facebook that site?

I think not, for a number of reasons.  For starters, I think the Internet is still in its relative infancy, in terms of having near 100% penetration in the USA and in the rest of the world.   We are still experimenting with this thing called the "Internet" and social media, and the people learning the most from these experiments are those who are most willing to break things, such as terrorist groups and extreme political types (usually the same people).

Too late in the game, Digg reinvents itself as an editorially-monitored newsgroup, where an expert editorial staff picks the topics, not "power users" or anonymous accounts.   Reddit seems poised to fall into the same trap Digg did - a recent survey indicates that something like 80% plus of comments come from less than 10% of the users.   Even 1% of users account for nearly half the comments.  In other words a small and vocal minority controls most of the discussion.  And since we don't know who these people are, we have no idea if they are 14-year-old high-schoolers, Russian troll sites, or Rabid Trump supporters or what.

It would be like the Washington Post or the New York Times handed over its editorial control to a random bunch of homeless people.   Oh, wait, I think they already did that.  Or at least that is what I get from reading both papers.

There was a reason why we had "editors" at papers.   There was a reason why the restaurant or movie reviewers in the papers were people who were paid for their opinions.  Today, the rabble rules.  Opinions about everything from politics, to restaurants, to movies, is determined by popular polls made on the Internet - polls that are all-too-easy to spoof for political or financial gain.

But reality, as I have noted time and time again, plays its ugly hand.   A shitty movie is going to bomb no matter how many people shill for it on the Internet.  And a good movie can't be kept down just because some folks feel that the casting was too "politically correct" or whatever.  A crappy restaurant can't be kept afloat by Yelp! nor be put out of business by false rumors of child abduction.

So what's the point?  Well, the point is, I think, that these social media websites are just that - websites.   Just some HTML and an URL and not much more.  They become trendy just like rock stars and rap starts become trendy - and just as quickly vanish into the night.   There is no real substance to them for the long haul.   Even the Beatles broke up.