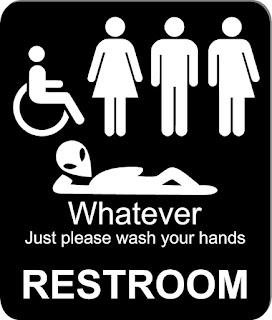 Is there a difference between tolerance and acceptance?
Did somehow the Left take a good thing too far?


A lot has changed in our society during my lifetime.  When I was a kid, you never saw a person in a wheelchair in public.  If you became "crippled" as we called it back then, you became a shut-in and had to go on welfare or live off relatives.  The idea of having a job was almost out of the picture, unless you were Ironside.

Today, we have people bringing ferrets on the airplane, claiming they are "service animals" to help them with their travel anxiety or something.  We've come a long way - but maybe we've gone overboard.  People can make all sorts of wild claims of "handicap" and because of the privacy provisions of HIPPA and the ADA, we can't even call them out on it.  Every dog today is a service dog, and you can't say squat about it.   Is this progress or just a good thing taken too far?

Today, you can make a living if you are in a wheelchair - just by suing people and claiming their handicapped accessibility isn't sufficient.    In some instances, some businesses have been sued two or three times - or more - even though they have compliant ramps and railings.  It is cheaper to settle the suits than litigate.  Is this progress or just taking a good thing too far?

When I was a young man, gay men were being beaten to death with regularity and the Police would do little about it and the public just didn't give a shit.  Those were dark days, my friend!

Today, we have men wearing dresses saying we have to accept their "lifestyle choice" as they teach third graders - and we have to pay for their "corrective" affirmation surgery.  Or angry Lesbians forcing some Christian photographer to photograph their wedding - holding the sword of Damocles over their head in the form of a career-ending lawsuit.

Have we gone a little too far?   I mean, I was happy when people in wheelchairs got the cutout ramps and could get jobs and live their lives.  I was happy when they stopped beating gay men to death.  Those seemed like worthwhile accomplishments.  We were making progress in this country.   Women could work if they wanted to - and in fact in the fields of medicine and law, they started to dominate by the 1990's.   Opportunities for everyone were better than they have ever been in history.  Maybe not 100% equal just yet - but significant progress was being made.

Now?  It seems like we are chasing after smaller and smaller targets of discrimination and inequality.  The school cafeteria is guilty of "cultural appropriation" by serving "Mexican Hat" - a slice of fried baloney with a scoop of mashed potato on it, resembling a Sombrero.

And where are we going with Autistic Muppets?   We say we are doing this to "raise awareness" but it begs the question, then what?  There is no known cause or cure for autism.  We tell kids they have to accept someone whose behavior may be disruptive and allow them special privileges.   Does this mean we have to do this in schools?  The workplace?  What?  Because it gets to a point where we have to think about where this is all going. Are employers now required to hire the schizophrenic and accommodate their "special needs" in the workplace?  Because if you think about it, existing laws could be interpreted to say just that.  Mental illness is a handicap.

In today's victim economy, allegations of discrimination are easy to make but hard to refute. An employee can throw brickbats at their employer with no consequences and the possibility of a big payout.  The employer is bound and gagged and their only recourse is to litigate the matter in court and endure months if not years of bad press and PR.

The same is true for service companies and customers.   A customer can make wild allegations that they were discriminated against by a restaurant, and the restaurant can do little more than offer humble apologies before they are crucified on Facebook.

For example, recently some United Airlines Employees were told they could not travel on employee passes unless they met the employee dress code, which is a condition of their employment.   Social media went berserk about this, after some busybody posted on Facebook without knowing the whole story - thinking the people in question were revenue passengers and not employees of the company.

And increasingly, revenue passengers are showing up at airports dressed in what appears to be pajamas, and then act in the rudest manner possible.  It has made flying the most unattractive pastime in the world.   If anything we need a dress code for revenue passengers.


"Hell is other people." ~ Jean-Paul Sartre

But the tweetstorm that followed was all about how our "rights" are being trampled upon, and that people crowded into an airplane should be forced to accept whatever behavior their fellow passengers think is OK.   Wearing a thong and carrying a service ferret is OK, apparently.   Saying you don't want to sit next to them makes you the monster.  Unless, of course, you are allergic to ferrets.

There is a fine line between Tolerance and Acceptance.    Under the law, if you work in the public service sector, providing a "public accommodation" you have to be tolerant.  You cannot put up a sign saying "We don't serve Muslims!" as that is illegal discrimination on the basis of religion.

But in an odd 180-degree turnabout of this whole concept, the Islamophobic cafe owner who puts up such a sign will argue that their "first amendment rights" are being violated because we refuse to accommodate their beliefs!   You see how this works, from both sides - everyone wants to use tolerance as an excuse to be intolerant of others.

If you want to have a fabulous Lesbian wedding of the year, that's great.   I tolerate that, I accept it.   Others have to tolerate it, but you can't force them to accept it.   And I have a real problem with a lesbian couple who intentionally seeks out Christian businesses to force them to cater, bake, or photograph for their wedding, in order to make some sort of stupid "point".   You cannot force people to accept you, and doing so will only backfire.

I have made the analogy to elementary school before.   Little Billy is being picked on by the kids in class.  Teacher says to the kids, "Now children, you have to be nice to little Billy!"   But the reality is, you can't force children to be friends with each other, and in fact, such forcing will backfire.   The kids harassing Billy will now bully him in retaliation.   Once outside of school, out of the view and earshot of teacher, Billy is toast.   You can't force someone to like you.  You can't force someone to be your friend.   There are people in this world who will hate you - often for no reason at all.  They maybe assholes, they may just not like you.   Either way, same deal.

We see the same thing today with the politicization of "Transgender Rights".   We are told that people's rights today are absolute.   If a person wants to wear a dress and have their genitals mutilated, we are told this is an inalienable right, even if the person in question is teaching elementary school children.  And the government should pay for this genital mutilation, unless of course, the person in question is Muslim, in which case it is an abomination.

Even further, we are encouraged to embrace the idea that small children should decide their gender identity at an early age and that schools should accommodate this.  The rights of the parents are not to be considered.  I am sure it won't be long before a parent refusing to celebrate their child's gender transition is deemed child abuse.   And by the way, we are required by law to pay for these very, very expensive operations though health insurance, or provide it free for military personnel or prisoners, as it is a health condition and not merely elective surgery.   Again, we have taken a good thing and maybe gone too far.

No one's rights are absolute, just as anything else in the Constitution is not absolute (including the second amendment, folks!).   There are limits to rights and those limits are when they infringe on the rights of others.   Your right to "free speech" doesn't mean you can come into my living room and scream at the top of your lungs.   It doesn't even mean you can do this on a city street.  It is long-settled law that the government can control the time and place of "free speech" to accommodate the rights of others.  It cannot suppress the right completely, but it can be regulated and controlled.

People today don't get that.  They think all their rights are absolute and second-amendment types are a case in point.   We have a long history in this country of regulating and licensing the sale of firearms, as well as regulating what types of firearms can be sold.   Guns cannot be outlawed entirely, but they can be regulated.  No, you can't have your own Howitzer or Nuclear Weapon.  Even a fully-automatic machine gun is controlled by the ATF.

I am not "against" any of these groups of people.  I try to be supportive.  But it seems that today, people want special privileges more than they want true equality.   And with these special privileges, comes abuse.   Please don't try to convince me that everyone with a handicapped sticker on their car is actually handicapped (particularly since I know some who aren't!).   Don't try to tell me that the Pomeranian that lady is carrying in Lowe's is a "service animal" - it ain't!  Don't try to tell me that your life will be ruined if you don't have unlimited access to whatever firearm suits your fancy.  Don't tell me that you cannot possibly live your life if you have to wear a suit and tie for eight hours a day, instead of a dress (hell, I didn't like wearing a suit and tie, either, but I did it for a decade).   No one, it seems, wants to make accommodations in their lives, to live with even the slightest inconvenience or accept that that not everything in life is 100% even-Steven.

But to say that guns should be regulated today is to be called a "Nazi" - just as to say that maybe the "right" to a sex-change operation, paid for by the taxpayers, is dubious will get you called a "Nazi" - but just by a different group of people.  No matter how you slice it, if you are the voice of reason or moderation, both Left and Right will accuse you of intolerance.

But who is really the intolerant party here?  The extremists on each side of the political spectrum who declare their rights as absolute but the opponents' rights as non-existent?   We are in an Orwellian situation today, Intolerance is Tolerance, Lies are Truth, War is Peace.

It seems that in our rush to be "nice" to everyone and to be accommodating of everyone's "needs" (need for a service ferret, sex change, AK-47) we end up being mean to everyone.