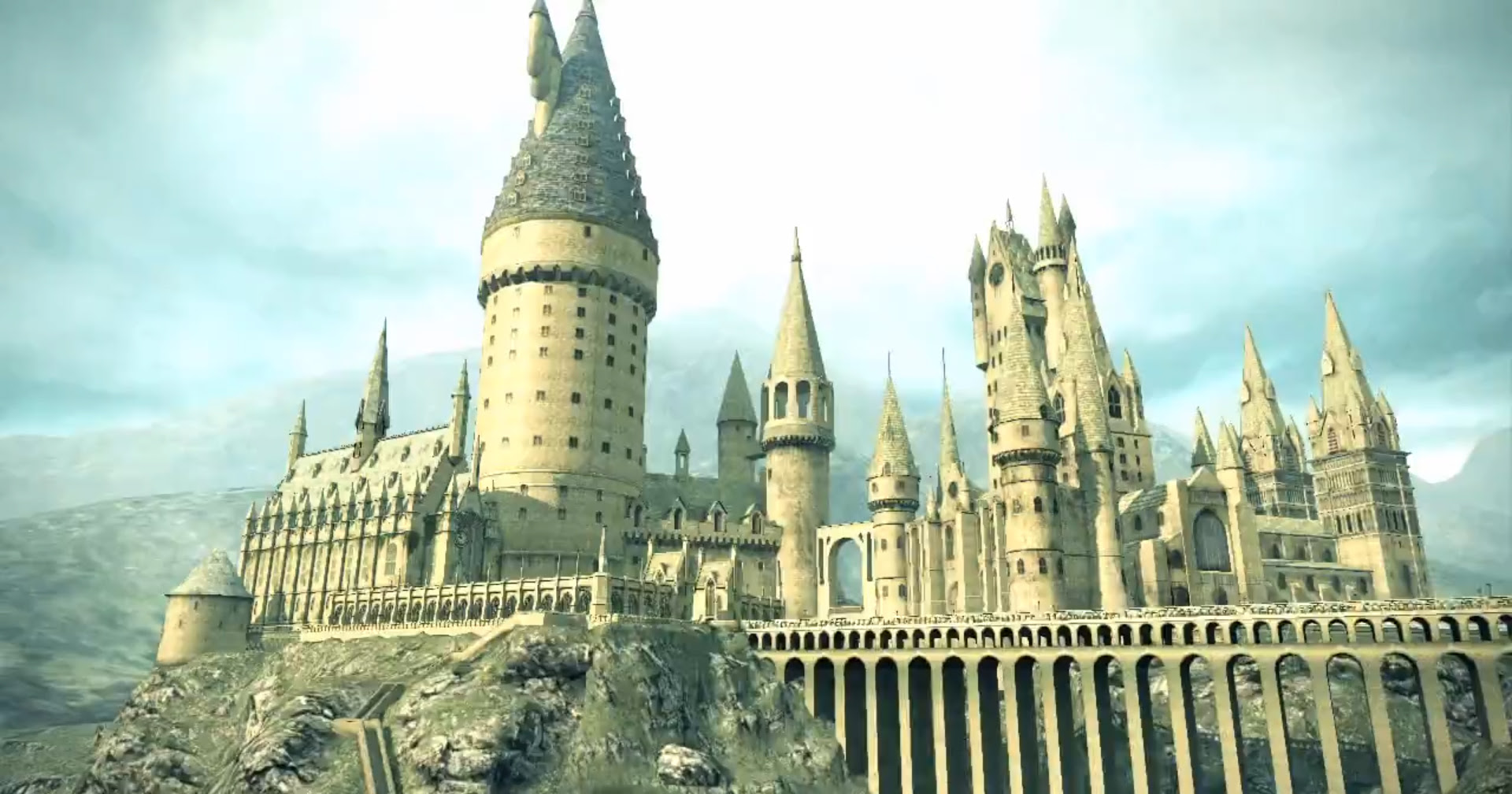 Private School isn't like they show it in the movies.


One expensive decision you can make in life is to send your kids to private school.  A lot of people do it - my parents did it.   For the most part, I think it is a huge waste of money and your children will get a substandard education.

The most common private school is the parochial-type, usually Catholic school. These are schools based on religious teachings.  Traditionally, Catholics had their own school systems, but today, many evangelical Protestants are getting in on this gig. The idea, I guess, is to make sure your kids are properly indoctrinated and their minds not "polluted" with secular ideas or thoughts from pagan religions. And while traditionally many Catholic schools were well-regarded in terms of quality education, in other aspects, the education received may be a of a lower quality than public schools - it all depends, of course, what your public schools were like.

Of course, one dirty little secret of some private schools is that they were covers for racism.  In the South in particular, when school integration was forced through busing, some Southerners created private Christian academies which were all-white.  It was a convenient way to avoid integration and mixing of the races.

Still other schools specialized in the "troubled suburban teen" genre.   When I was growing up, there was a "day school" near my hometown of Cazenovia, New York.  Today, it is a housing development, and I recall visiting an open house there with a friend who was a former student, and he was chagrined to see his old homeroom turned into a home.

That school - and others like it - catered to the bored children of rich kids who got into trouble, either academically or behaviorally, at the public school. Parents would whisk their kids off to these "troubled teen" type of schools, where they would be essentially allowed to free-range and largely stay out of trouble, graduating with a "Gentleman's C".

Then there were so-called "Prep" schools. The "Prep" stood for "College Preparatory" but in many cases, it should have been called "Liberal Arts College Preparatory" as the focus was on a very narrow curriculum.  These schools were often quite expensive, as they were boarding schools and you had to pay room and board.   They were also, historically, the sort of schools were education was secondary to the political and social connections you made while at school.   Just going to the right school opened up opportunities to attend the right college - but only for the right people, of course.

My Mother went to a private all-girl's boarding school, St. Catherine's.  Her mother sent her there for two reasons.  First, because all proper young ladies of a certain social class sent their children to boarding school.   Second, she wanted the kids out of the house, because she was not really the warm mothering type.
There may be a third reason Mother was "sent away" to boarding school - she was also a "troubled teen" and was having behavioral problems as well. The reason why Grandma thought that proper young women went to boarding school was that in her social set it what was done.  And my Grandparents, one generation away from abject poverty, wanted to project wealth and sophistication, even if the powers-that-be wouldn't ever really let them into their little club.

I am reading some biographies of Franklin Roosevelt, and it is interesting how social class affected how people were perceived.  Roosevelt went to Groton and later to Harvard.  Back then, actually studying hard and getting good grades was frowned upon by the "old money" set.  After all, if you came from inherited wealth, what good would good grades do for you?  Only the managerial-class students, who came from "new money" actually strive to get ahead - not that it would do them any good, as the "old money" connections were often what made the difference later in life.

For example, at Harvard, the key to success was to join the right clubs - and there were many of them, with many layers of exclusivity.  Yale was the same way, with a number of clubs, the more infamous of them being "Skull and Bones."   And if one member "blackballed" you, you could not join the club.   Such was the fate of Roosevelt, who was qualified to join the elite "Porcelain" club - the prerequisite being that you must come from inherited wealth.   But alas, the future President of the United States was blackballed by someone who probably turned out to be a nobody playboy who burned through his inheritance in a short time.

My parents also wanted to climb the social ladder - put on the appearance of wealth and appear to be from old money.  It was a futile endeavor, however, as the really wealthy people will never let you into their little club.  That doesn't stop a lot of people from trying - or trying to put on appearances.  Since she went to prep school, my Mother decided her two oldest children should go as well. And my parents, who certainly weren't wealthy at the time, paid for my older brother and sister to go to Choate-Rosemary hall and Lake Forest Academy.  While they both did well in school, I question whether they really got much out of the experience, or more than they would have gotten out of the public schools in the fairly affluent places we lived in at the time. I hear they have good schools in Old Greenwich, Connecticut (where we lived for a time), but I could be wrong about that. I seriously doubt my siblings' time in prep school really helped them with their careers, such as they were.

My other brother and myself were perhaps borderline "troubled teens" - or full-blown.  We both went to Prep School - for less than a year each, being tossed out on our asses for smoking too much pot, which is ironic, because at the time (1970's) smoking pot in Prep School was what was done.  So both he and I managed to utterly squander my parents' money, which is probably why my Dad was so frustrated with us.

What I learned in Prep School was a revelation - not in terms of education, but in terms of how Prep Schools work. Since most are far smaller than local public schools, the number of courses and resources were limited.  For example, if I wanted to take "A" level math, I had to take "A" level French, as the schedule was limited.  I sucked at French but excelled in Math.  As a result, I was forced to suffer for a half-year in A-level French, while I breezed through A-level Math.  In the second half of the year, they put me in C-level French (with all the jocks) where I was bored, and C-level Math, where I was bored as well.  Opportunities for me were limited.

And the quality of the teachers was, to say the least, uneven.   Our Physics teacher had just graduated from college - with a Bachelor of Science degree.  He held no advanced degrees, and had no degree in education or had ever taught. My teacher at our local High School had a Master's degree - the Chemistry teacher, a Doctorate.  I was shocked to find out that teachers in my local high school were higher paid than those in prep school, and moreover that this was the norm not the exception. Prep Schools back then (and even today) had to cut corners to make ends meet.  I ended up getting a lesser education than the one I would have received at my public high school.

The point of Prep School back then was for the children of rich kids to go to school together and make political and social connections (to later marry into their own class and whatnot).   Since I was not from "old money" I was never part of their little club - which is why they tossed me out.  So it was sort of pointless for me to go in the first place.  I was unhappy at our local high school, simply because high school sucks.   Going to a different high school didn't change this, as I learned the hard way.

And I've learned since then, that 5, 10, 20, 40 years later, no one gives a shit where you went to high school or what you did there. I never even put my Prep School on my resume, much less my high school.  Maybe when you are 22 and landing that first job it makes sense.  By the time you are 25, no one gives a shit. High school is pretty meaningless in the greater scheme of things, yet our society obsesses about it - and many people obsess about it as well.   I guess the "imprinting" thing leaves scars in the minds of many.

So what's the point of all of this?   Only that I think private schools might not be such a good deal.  You pay a lot of money to send your kid there (on top of the school taxes you have to pay) and what you get in return is an education that may be of lesser value than what your child could get at the local public school - depending of course on what your local public schools are like.

And that is one reason why I say it is best to move to a good neighborhood and live in a small house or tiny apartment than to "live large" in the ghetto or rural area.   Yea, houses are cheaper in the poorer neighborhoods, but the school systems are poorer as well.

You may recall the movie, Slums of Beverley Hills, about an impoverished family whose Dad made sure that even though they lived in crappy apartments, that those crappy apartments were in the 90210 area code, so his kids could go to Beverley Hills High School. The movie is based on the real-life experiences of the author Tamara Jenkins.  Quite frankly, it seems like a good strategy - if you can't give your kids money or wealth, at least provide them with a good education.

Many parents are paranoid that if their kid doesn't go to the right high school, they won't get into the right college, and thus will be a failure in life.  I am not so sure this is the case.   The money spent on a private school might better be spent starting an investment account for your child. While the local public school may be a blackboard jungle, the local private school may be no better - just the same old high school bullshit in a different wrapper.

But of course, today, public schools are under attack on all fronts. Teacher salaries are even higher today than when I was a kid - and the cost of these salaries and pensions is bankrupting small towns and homeowners. Private school advocates (usually religious school types) advocate stripping funding from public schools to allow wealthier parents to use "vouchers" to pay for private schools. Of course, the problem is, the voucher likely won't pay the total cost of a private school but gut the funding from the public school - forcing more and more upper-class parents to pull their kids from public school - creating a death-spiral in terms of funding.   And when the only place to get a good education for your kid is some fundamentalist Christian school, well, your children may end up being indoctrinated.

Or maybe that is the plan.

Either way, I don't see private school as a real bargain.  If my parents had sent us all to public schools for our entire primary education, it wouldn't have made much of a difference in our lives, and probably put a hundred grand or more into my parent's savings account.  It probably would also have meant that I would have gotten to know my older siblings better and we would have learned to get along better as a family.