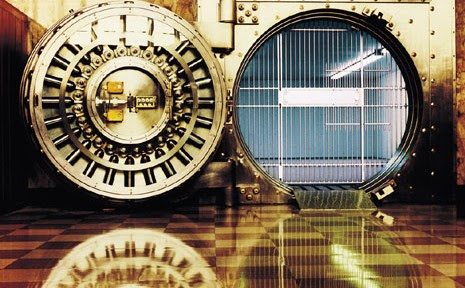 The 401(k) and IRA provide the middle-class with a means of accumulating money which cannot be attached by creditors.

One thing we see in the financial press are stories about poor people who sign shitty financial deals (loans) that later bite them on the ass.   They try to pay back these loans, no doubt fueled by "moral" obligations infused by their religious upbringing.  Too late in the game, they finally declare bankruptcy, only to discover under new bankruptcy laws, that they still have to make "best efforts" to pay off the debts, usually over five years or so.

Meanwhile, Mr. and Mrs. Middle America can duck out on these debts and not risk their "nest egg" as 401(k) or IRA investments, along with other retirement accounts are insulated from bankruptcy.  It is like having an un-attachable offshore account for the middle class.   If you are not shielding your assets in an IRA, ask yourself why.  You can shield about $1.2 million from creditors in an IRA.

Arguably this is even better than a pension, as retirement income can be attached to pay creditors (above and beyond what is needed for your support).  If you are not drawing from your IRA (which is not mandatory until age 70-1/2) the money may be safe.

Now at first, this may seem very unfair.   Some have argued that the 401(k) is partially responsible for wealth inequality in the United States.   I disagree, at least in part.   The very, very wealthy aren't dicking around with IRAs and 401(k)s as they are investors (and not employees) and thus don't qualify for a 401(k) in the company they own as they don't draw a salary.   The self-funded retirement plan did force the middle-class to become investors which in turn has driven the stock market and thus made a lot of money for people at the top.   But unless you "invested" most of your retirement money in ill-conceived IPO tech stocks, odds are you haven't handed over too much money to those evil 1%'ers (and globally, of course, you are one).

The reason retirement plans were placed off-limits in bankruptcy is obvious - we don't want a nation of impoverished old people who have nothing left to live on, after they declare bankruptcy.   I am not advocating that we change this law - that would only benefit the credit card companies and loan providers.

Rather, what I am trying to point out is, the poor are once again left out of a good deal, as most of them cannot afford to contribute to a 401(k) or IRA, and if they do, they don't get the vaunted tax advantages to the extent someone in the higher brackets does.  Since they can't shield assets this way, what little they have, in terms of assets and income, are attachable in bankruptcy court.

But it does illustrate that if you are in the middle class you have no excuse to fall down the financial ladder, as the tax and bankruptcy laws are stacked in your favor.   You have the home mortgage interest deduction, the tax advantages of an IRA or 401(k) - and the bankruptcy shield of the said same.   (And indeed, one reason often given by high earners for mortgaging their house to the hilt is that they are protected in bankruptcy.   They may lose the house in bankruptcy, but they won't lose any equity in it, as it was fully mortgaged).

When I read as story like the one about the lady above, who bought a rattle-trap car from a shady used car dealer, overpaid for it, and now is still paying it off, long after repossession, I feel for these people.  They are financially unsophisticated - to the point that they don't even consider bankruptcy as a means of getting out from under these crappy loans.   But I am not surprised by these stories - poor people don't "just become poor" through accident, but rather they are unsophisticated in financial matters and thus make poor financial choices.   And other than to outlaw shitty deals (as was once the case in this country) there isn't much you can do about it.  And sadly, the Trump administration is set to strip away what little consumer protections have been enacted under Obama.

What really irks me, though, are middle-class people who make lots of money - often in the six-figures, who whine about what a rotten deal they got in life as they are living "paycheck to paycheck" and can't seem to get ahead or save money.   And it isn't that they signed a toxic car loan deal, but that they just spend more than they make on crap, like restaurant meals, designer coffees, leased cars, cable TV, private schools, and other "keep up with the Joneses" type spending.

They have been handed a wonderful life - a good job with a good income and a house in a good neighborhood with good schools.   And the tax code has been bent in their favor, giving them deductions and credits that the very rich and very poor are not able to use.   But still, they muck it up.  And that's sad.   But what's worse is that they whine so much about what a rotten deal they got in life.

A 401(k) and IRA are like an un-attachable offshore bank account for the middle class.   There is really no reason to underfund it.  In fact, it should be the first place you stash your money.
Newer Post Older Post Home