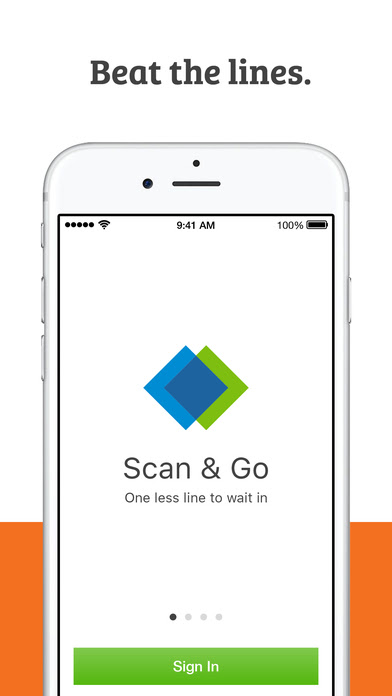 We went back to Sam's Club to see whether maybe we were just missing out on the point of the place the first time around.   We weren't.    Although the store is larger than the BJ's wholesale, it truly is a "warehouse" store in that they have large quantities of things in terms of package size and shelf stocking.   So, for example, you go to the pickle aisle, they have like three kinds of pickles, in pallet-loads.   BJ's wholesale has less in stock, but more variety.

Sams club had one kind of hot sauce and no jalapeno peppers, even though they literally had a pallet of Mt. Olive kosher dills.    So you'd better like what they have, or you are out of luck.   They also had a pharmacy and a eye center, making three Wal-Mart pharmacies in our town, and two eye centers.  Very odd.

So we didn't find too much of what we liked, and what we did find was in a large package.  It reminded me of a Simpson's episode, without the cranberry juice flood.

Oooh!  That's a great price on 12 pounds of nutmeg!

So Sam's club was kind of a disappointment.  Their wine selection was not great and the prices were not great.  Sam's club house brand wine was actually more expensive than brand-name wines.  The local liquor store has better prices.   I mean American Champagne [sic] for nearly $9 a bottle?  I can buy Spanish Cava for $7.

By the way, the house brand at Sam's Club is Member's Mark.  It seems the only place you find Sam's Club branded merchandise is oddly enough, at Walmart.

But while I was there, I downloaded and installed the Sam's Club app on Mark's phone (which for some reason required two installs).  I also downloaded the "scan and go" app which allows you to scan bar codes with your phone and then just walk out the store, with your purchases charged to your credit card.

A neat idea - and an invitation to shoplifting, or at least being inadvertently accused of it.   At first, it worked great, catching the bar codes and adding the items to my "cart".   But for some reason, one item, a block of cheese, kept disappearing from the online cart, even as it remained in my physical cart.  I noticed this as the item count kept going down.   I scanned that damn cheese three times, it erased itself twice.

Also the bar codes have to be pristine.  Light reflections from shiny wrappers make for hard reading.  One code was smudged and I had to type the numbers in manually.   But the last number was smudged as well!   On the fifth try, it took it.

So far, so good.  Setup a payment method and you check out.   When you do this, it displays a bar code on the phone which is your "receipt" and you show this to the receipt-checker when you leave.

At this very moment, the phone says, "Battery dangerously low!"   Oh, boy.   Well, we make it to the exit before the phone dies and see the receipt-checking lady.  If we hadn't, well, we'd be charged for the groceries but not allowed to leave the store.   Make sure your phone is fully charged!
She scans the bar code on our phone with what appears to be a smart phone with a laser scanner and handle attached.   She scans - twice - and it says, "error, wifi signal lost".   Apparently you can get wifi anywhere in Sam's Club except at the check out.   So she laboriously writes down the 18-digit bar code number and promises to "scan it in later".

I leave not knowing whether I paid, paid twice, or just got $150 worth of free groceries.  Very odd.

The system works, with a few glitches.  The problem I see, is that it is very easy to toss things in your cart and forget to scan them.    You have to do an item count and then compare this to the item count on your phone.   It also seems to randomly erase items, perhaps when I put the phone in my pocket or inadvertently touched it (??) or something.   You have to check it carefully.

Did it save time?  The store was largely empty, so I did it more as an experiment than anything else.   It actually was more of a hassle than just putting things in the basket and checking out the normal way.   How it handles alcohol sales I do not know.   I presume receipt-lady has to ask for proof of age.

But getting back to Sam's Club, we ended up going back to Wal-Mart Ghetto Gourmet (Neighborhood Market) to get a number of other things.   The only advantage of Sam's Club was that some things sold at Sam's Club are cheaper than at Wal-Mart, if you buy in quantity.  So if you want four pounds of bacon (we do live in Georgia) it is cheaper per pound than the 1.25 pound package at Wal-Mart (at least according to the Wal-Mart app, and yes, I do check prices).

Actually we also stopped at the local Indian food market, which had lots of frozen and boil-in-a-bag Indian specialties like Samosas, Papadums, and Biryani and Palak Paneer.  They don't have that at Wal-Mart!    Sadly, we don't have an Indian restaurant in our town.   I met an Indian lady at an event held for local Indian families and begged her to take me home and make me a spicy Vindaloo.  She beat me with her handbag and said, "Get away from me, you very very bad man!"   So we have to drive an hour to Jacksonville to get any decent meals.

We also stopped at Dollar Tree, as there are just things there that are so much cheaper than even BJ's, Sam's Club, or Wal-Mart.   So it was four-stop shopping, and I'm not sure the advantage of driving all the way to Sam's Club.  We maybe saved a few dollars buying things in bulk, but now we have to store them.

They did have a good deal on disposable Schick razors - less than $1 each.   But more on that in another posting.

I may have been premature in my assessment of Amazon versus Wal-Mart.   Because before we left the house, we went online to Amazon and ordered several items, which were more expensive on walmart.com and even ebay.   Damn your eyes, Jeff Bezos!  You make it so easy to shop with you!

I do note that Wal-Mart is hyping the snot out of ship-to-store, but nothing I wanted was even available on the Wal-Mart site, so that option wasn't really viable this trip.