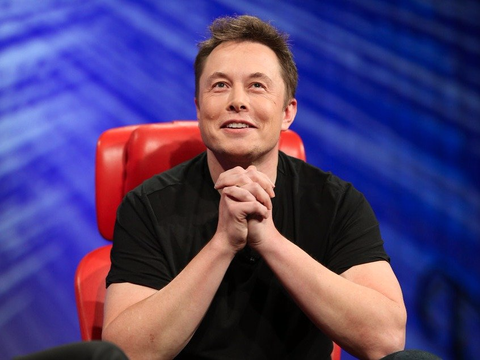 Why do young Billionaires propose wildly liberal social policies?
Why does Elon Musk look like a Bond villain?

One argument I get from some readers - and it is a credentialist argument - is that socialist policies like "guaranteed basic income" are being promoted by the new generation of high-tech Billionaires like Elon Musk and Mark Zuckerberg and thus must be a great idea.

Again, address the credentialist part.   The logic goes like this:

1.  You have to be really smart to become a billionaire boy-wonder.

2.  Musk and Zuckerberg are billionaire boy-wonders.

3.  Ergo, Musk and Zuckerberg are smart.

4.  By extension, everything they say must be right.

Again, we start out with a shaky premise.   Often Billionaires are in the right place at the right time when events happen to them.  They didn't so much create the environment that made them money, but were smart enough to take advantage of it, worked hard, and got ahead.   And of the dozens or hundreds of people working on the same technology and trying to start the same kind of company, they ended up being the successful ones.  We never hear from the failed online payment company founders or the heads of failed social networks (Tom, where are you?).

Bill Gates is a classic example - he merely said, "I reluctantly accept your offer" when IBM dumped the most lucrative contract in the world in his lap - effectively transferring the entire wealth of the largest computer company in the world into what would become the largest software company in the world.   That's one time you don't want to leave your pen at home.   And oddly enough, another computer guru - who actually had some programming smarts - turned down the deal, which allowed Gates to accept it.   Smart and lucky!

But even if you assume the premise of step #1 is true, and that the logic of steps #2 and #3 are correct, step #4 is a total leap of faith.  Just because someone is smart in say, computing, doesn't make them an expert in social policy!

So why are these folks pushing for more Socialism?   Why do they want the vast majority of Americans to become passive consumers who live on a government retainer and just sit around and buy things online and use facebook all day long?

Oh, wait, I think we've found the answer.  Bingo.  They want us all to be passive, depressed consumers who are not self-actualizing or self-motivated, but instead waiting for a government subsidy or government handout.   They don't want any of us getting clever ideas like starting a social networking website or online payment system.   No, no, better off to have us all as passive consumers, thank you.

Even better, passive consumers who worship young Billionaires as social heroes.   And yes, these sorts of tech groupies exist - usually people who are not in the tech business and don't understand how it works.   Apple fans are all agog about Steve Jobs, believing he invented the personal computer, something called an "iPod" (I saw one in a museum once!) and of course the smart phone, or as they call it, the iPhone (what are those other things that don't have apples on them?).  There was some guy named "Woz" but I think he was some sort of Muppet or something.  Not important.

They also think Jobs was a social progressive, which fits into the narrative.   Bill Gates realized this and quickly founded the Bill & Melinda Gates Foundation.   You can't be a good tech Billionaire without a liberal social conscious!

So you see, this is part of a pattern in silicon valley.   You have to appear to be progressive and generous - particularly with other people's money.   As for you own, well, you keep that and build horrendously ugly monster houses, odd-looking yachts, or whatever.   But when it comes to social policy, the government should step in and fund the great unwashed masses whose jobs your technology "took away" or whose jobs went overseas when you moved all your factories to China and hired Indian Engineers with H1-B visas - right?.

I am being a little sarcastic with that last remark, and I personally don't see a problem with companies moving production to areas where costs are low, and I'd rather see an Indian Engineer over here adding to our technological prowess than running some scam call-center in his home country.  And technology is always going to supplant jobs - that is a fact of life.   New jobs will be created to take their place.

Besides, as I noted a few years ago, the cost of production in China is starting to ratchet up, and even the Chinese are talking about building factories in the USA, because our cost of energy is very low, our labor costs have bottomed out, and our infrastructure and transportation network is far superior to theirs.  We will surpass China in manufacturing output within a few years at this rate.  (And then we will fuck it all up by going out on strike, of course).

So by then, Apple will be "heroes" for bringing back some production capabilities to America, even if they are token amounts.   But I digress.

I would not read too much into these pronouncement by Musk and Zuckerberg.  They give these speeches to make themselves popular and to pander to the masses.  They are not social science experts, just two guys who were in the right place at the right time, worked hard, and got lucky.  They were not necessarily smarter than their competitors, and even if they were, that doesn't make them experts in social or tax policy - at least not more of an expert than you or I or the man on the street is.

And quite frankly, I think they are just plain wrong.   While new technologies have supplanted jobs in the past - and continue to do so - for some odd reason, Americans keep finding new jobs and working even longer hours.   Even as the size of the workforce has more than doubled since I was a kid (due to population increase and women entering the workplace) we seemed to keep finding jobs for people, even if they are never at the wages they'd like to have (a problem than has been around since year zero).  Unemployment is at record lows today, even as technology and outsourcing "takes jobs away".

So the taxi driver supplanted by the self-driving car will find some other job - maybe installing Musk's solar shingles.   Or maybe self-driving cars are not as close to reality as we'd like to think.  It is hard to say whether autonomous vehicles are the wave of the future, or whether it is just a feature - like cruise control - that ends up as an aid to driving and not something than supplants it.  We'll see.

But long story short, I don't think we should give much credence to social policy speeches by tech Billionaires - or worse yet, assume that because someone makes a lot of money in life, they know what's best for the rest of us.

I mean, that is how we ended up with President Trump, eh?
Newer Post Older Post Home