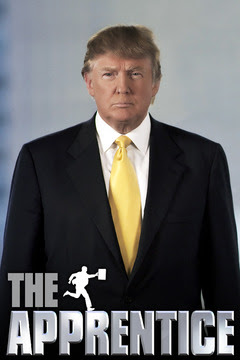 I have noted time and time again that Reality Television isn't real.  And many others have documented on YouTube and elsewhere how it is created.   You may not have a script with lines and direction, but you have suggestions and a rough outline.  You video your actors (and they are actors) for hours and hours and then in editing, using strategic cutaways, mood music, and snippets of conversations, create the story line you want.

The media is losing its collective mind over Trump - that is except Fox News.   Trump promises to save jobs at Carrier - and the jobs go away anyway.   And the number of jobs is pitiful to begin with.  Why is a President worried about 700 jobs at factory?   He promises to create new coal jobs and claims tens of thousands are "put back to work" in coal mines (what a treat!) when in fact, few, if any jobs have been created.   He claims that "clean coal" technology will save coal, in an era of dirt-cheap natural gas.   And in Mississippi, Southern Company decides to toss in the towel with "clean coal" as the technology simply doesn't work and the plant is converted to natural gas.

But Trump continues with his Pepe-the-Frog shit-eating grin.  He doesn't seem bothered by the fact that the facts contradict almost everything he says or tweets.  Is he delusional?  Crazy?  Or just a reality television star?

Trump may be smarter than he appears, or at least more clever.   He doesn't really care about the 700 votes he'll get from Carrier employees (and likely lose, when their jobs go away).   What the rest of his supporters remember is that he "cared about the little man" and "saved jobs" even if the jobs weren't saved.   These are people getting their "facts" from Inforwars, not the New York Times.   So they believe that big coal is back on track, and Carrier is employing thousands more in Indiana, and Ford is building its new Focus in Detroit.

With reality television, perception is the key, not reality.

In the Tee-Vee show, The Apprentice, people didn't actually work as an apprentice to Donald J. Trump.  They didn't "create a new hamburger" for Burger King.   If you believe this, you are a dolt.   What they did was get Burger King to sponsor the program, and then take a product that Burger King had already developed (or developed for the show) and then faked up a "contest" to have the "apprentices" appear to invent it.

But the plebes eat this shit up.  They all want to see the end part of the program where, in a conference room to the tune of dramatic music, Trump "fires" someone.   Of course it is all fake.  I mean, Celebrity Apprentice?   You really think Jay-Z is going to work every day at Trump Tower as Donald's butt-boy?

These are the kind of people who vote for Trump - people of low intellect who think reality television is real, or that American businesses are like The Jetsons, where someone gets "fired!" every week.  The reality of American business is that if you fired everyone who lead a project that was unsuccessful, you'd fire your entire staff every year and have a horrendous turnover rate.   Not all projects succeed, that is a given.  Which is why research is so expensive.  But then again, the projects and research on The Apprentice are all fake and the outcomes predetermined anyway.

This is what Trump is selling - The Reality Presidency.   And his fans eat it up.  He tweets outrageous things and says even more outrageous things - and people sit on the edge of their seat to see what outrageous thing he says next.   And the folks who hate Trump watch twice as much as those who like him.

But unlike television, ratings don't count for much in a Presidency.   But again, maybe that is where his real genius lies.   He was only days into his Presidency when he formed his re-election campaign.   Trump knows where the real battle ahead lies, not in legislative or executive branch "accomplishments" but in selling a narrative to his core base that he is "getting things done" and "saving jobs for little people" even as he knows it isn't true.

In a way, it is so beautiful how this is constructed.  He's reduced the Presidency to its essential core - all appearance and no real action.   He is, to some extent, like the Queen of England - cutting the ribbon at a new Tesco, but not really controlling the government.

And that is what most people want out of a President.   Not policy wonkism or carefully thought out foreign policy.  They want a President who speaks out about issues that are important to them.  Who says things that staid politicians shy away from.   Whether or not this accomplishes anything is actually secondary, what people want to hear is that the President is thinking of them.

And maybe there is precedent for this.   Teddy Roosevelt said that the Presidency was a "Bully Pulpit" and he used his position to rail against corruption and the trusts.   And people ate it up, even if his progressive agenda didn't go too far - and his hand-picked successor unraveled much of it.  He was a populist President, and one that many folks thought might be a bit reckless.

Another Roosevelt used a similar technique to his advantage.   Franklin Roosevelt certainly won the hearts and minds of many folks during the Great Depression by talking about their problems, even if he came from the same wealthy patrician family as his distant cousin.   Many "New Deal" programs were later invalidated by the courts, and many historians and economists debate the real effect of things like the "National Recovery Act" in turning around the economy.   The point is - and was - he was a populist.  Herbert Hoover didn't engage the troubled working class and showed that he cared about their plight, but was standoffish and talked about economic policy as if it didn't affect real people.

I am not comparing Trump to the two Roosevelts, of course.  Even Teddy was far, far smarter than the Donald.  But if you read his biography, Teddy was, in part, a "reality" star, traipsing off to Montana in his Abercrombie and Fitch dudewear, trying to remake himself as a cowboy, rather than the fop he was known as.   Teddy Roosevelt built a tennis court behind the White House, but famously remarked that he would never allow a photographer to take his photo holding a tennis racket, but rather holding a gun.   He knew about how to groom a public image.

President Trump isn't nearly as smart, of course.   But he knows how to groom a public image, as indeed, much of his life has been sent selling himself as a "brand" to other people, particularly in recent years, where his vaunted real estate deals amount to little more than branding arrangements.

The media is getting it all wrong, if they think they can debunk Trump with "the truth".  His supporters don't care about the truth, they care about appearances.   And their perception of the truth is shaped not by witty editorials in the Huffington Post, The New York Times, or The Washington Post, which largely go unread by the masses of his supporters.    They are getting their "truth" from shadowy conspiracy theory websites, Alex Jones, and Fox News.   And very likely, in four years, they will vote again for Donald Trump.

And he might win, if the Democrats put up a "progressive" candidate like Elizabeth Warren, who by all accounts is a nice and sincere person, but doesn't stand a snowball's chance in hell of winning in the States that count.

And given that the Democrats seem to spend an awful lot of time these days cow-towing to Bernie Sanders, who isn't even  a Democrat, I suspect we may see eight years of Donald Trump.   Not because he will win, but because the Democrats will lose.
Newer Post Older Post Home