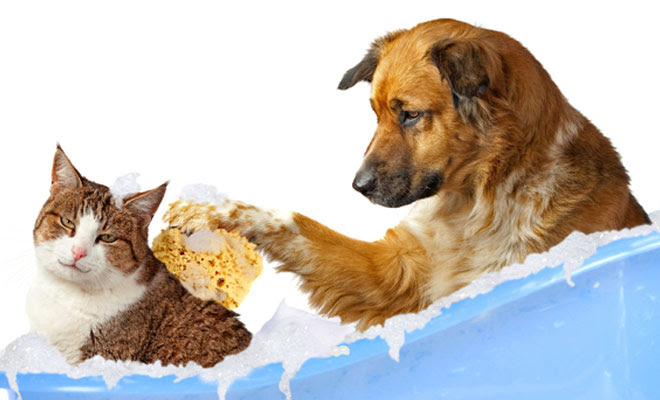 Is the media slowly grooming you to accept certain ideas?  Of course they are!

In a previous posting, actually one of my earliest, I discussed baiting behavior and how people and institutions and the media can bait you.  They plant ideas in your head to get you to react to stimulus without thinking and thus act contrary to your best interests.

However there is another form of behavior by the media and the powers-that-be which I will call grooming.  Grooming is a term that is often applied to pedophiles as they manipulate youngsters into their nefarious machinations.  They carefully plant ideas in someone's head and nurse them along until they can get them thinking in a certain direction.  That's how grooming works.

The financial media is no different.  They want to groom us to start thinking in a certain way and believe that we have an original idea about something.  They hype a stock, like Facebook, until we wake up one morning and think "I'll invest in Facebook."    And we sincerely believe this is an idea we came up with on our own, without outside intervention.

It's not just the financial media, either.  Major movie studios use this sort of "viral marketing" to push their movies.  If you go on any social media site, you'll hear background rumblings about certain topics which are related to the release of a new movie.  The idea is to get people to believe that they organically came up with the idea of going to see this movie on their own, and were not just carefully groomed and let down a path, much like cattle to the slaughterhouse.

The latest gag on the Internet, is "blockchain."  If you've been reading the financial press as well as the technology pages, you will here blockchain mentioned frequently, particular in the last three months.  Such and such a company is using blockchain.  A foreign government is adopted blockchain.   Blockchain this and blockchain that.  Of course, as ordinary citizen you scratch your head and say what the hell is blockchain and why should I give a shit about it?

Fundamentally, it is a way of formatting data in a disitributed database, and it is tangentially related to Bitcoin - which should get your hackles up right away.   Bitcoin is one of the bigger cons of the 21st Century - touted as an "investment" when it is just a means of buying drugs and children.  Hmm.. maybe that is where they learned their grooming techniques from.  Bitcoin has not only been a means of transferring money for illegal transactions, it has made a few people very rich and a lot of little people a little poorer (you are one of the latter).

And one of the players in this field, so to speak, is a company called Bitfury which is a privately held company that "mines" bitcoins by having banks of computers solve pointless puzzles - but now wants to "expand" this technology to, well, were not just sure how it will be expanded.  If you are astute, you can see where this is going already.  It's IPO time!

Oh right, the IPO.  I strongly suspect that in the next few months you will hear about an IPO for Bitfury (or some other company pushing blockchain) as the privately-held company is offered to the public.  While it is nice to own a company that is selling lots of product and making money, as a venture capitalist, you don't make much money on dividends, you make money selling your stock. And you can't sell your stock unless you could do an IPO and get Johnny lunch-bucket to buy the shares.

And you can't get Johnny lunch-bucket to buy the shares unless you convince him that it's his original idea to buy stock in the company.  So you have a lot of press releases and you plant a lot of stories in the media hyping your product in your company.  You don't want to be too obvious, like Facebook, you want to be subtle.  So you have just one little story here saying blockchain is being used here and then you let that float for a while they let people wonder what the hell blockchain is and why does they should give a damn.

Then you do another press release, then another.  You slowly raise awareness across the community until people are talking about it on all the tech pages, and then the finance pages, and then finally people are discussing it over the water cooler. Pretty soon it's the word is on everyone's lips and people are thinking "maybe this is the next big thing that I've been missing out on!"

On second thought, maybe it is more of a Shelbyville idea...

And yes, the sort of grooming behavior is done by the casinos as well.  I mentioned in an earlier posting that the New Yorker magazine used to run special advertising supplements for Las Vegas. They also would write articles -  gushing articles - about how great Las Vegas was and how fancy the restaurants were and how of the gourmet food was so wonderful.  It wasn't very subtle, at least if you were even moderately astute.  These articles for little more than advertisements.

But I'm sure more than one New Yorker subscriber thought to himself after receiving several issues hyping Las Vegas, "Gee, honey why don't we go to Las Vegas on vacation" and probably thought it was original idea that they had themselves.

Please note that I am not excluding myself from this phenomenon.  And it is something that troubles me.  When I write about a particular topic, I have to wonder whether the idea popped into my head spontaneously, or whether it was something but I am writing about in reaction to an article in the paper or online or suggestion from a reader.  Am I being groomed as well?  You bet I am.   And maybe this posting itself is just adding to the background rumble that "raises awareness" of the topic.

Whether it is a favorite song or a new movie release or some other cultural phenomenon, we all like to think that we "discovered" some particular artist, comedian, actor, or movie.  But what we don't realize is that millions of other people have discovered the same thing at the same time, because it was carefully marketed to us.

To some extent, this is depressing. We like to think that we are individuals with unique ideas of our own or not being shepherded around by marketers like a bunch of passive sheep.  Most of us look down our noses at those dweebs who sit in front of the boob tube all day long and just suck up whatever normative cues the television flings at them. We expect that sort of person follow who is winning the latest reality show dancing and singing contest or whatever, and we laugh at them for being so naive.

But are the rest of us any better? Are we not at all in fact being groomed in manipulated by the media most of the time?

And how to break free of this cycle? I mean, other than feigning an interest in knitting.
Newer Post Older Post Home