One problem for the small investor is that big investors can manipulate markets and screw you.


A reader writes in response to a previous posting that many believe the collapse of the "urethra" crypto-currency market was the result of manipulation.   Of course, you invest in something called "urethra" you should expect to be pissed on, right?

The problem is, as I noted in that posting, that as a new currency that is not widely traded, it is easier to manipulate the price.   A sudden large sale depresses prices and you could then go in and snap up the stuff for far less than market value, since other holders sales (which are borrowed shares) are triggered by automated sell orders.   And as for your million-dollar sale, you don't have to worry, as you are buying your own crypto-currency back at the lower price.   You lose nothing.  At least in theory.

Manipulating markets isn't easy to do, even if you are mega-rich.  The Hunt Brothers tried this back in the 1970's with silver - trying to corner the market and drive up prices.  They drove up prices for a while, but then it all collapsed and they went bankrupt and no one felt sorry for them.  And other people have tried this with stocks, copper, and other commodities and investments - and in many cases, also lost their shirts.

The problem is, not only do these people lose their shirts, many small investors lose their shirts as well.   Since the market values are manipulated, unless you buy before they try to corner the market, and sell before it collapses (you need a time machine, once again) you risk losing a lot of money.   And typically what the clueless small investor does is buy after the financial media reports the price is going up when it is too late to get on the bandwagon.  They hang on until after it collapses and lose everything - or at least a lot.

Like Homer Simpson in the video above, you don't want to be holding pumpkin futures on November 1st.   But most of us are like Homer Simpson - we don't really understand the markets or why something is going up in value or down.   We hear about people who make money in the market, but no one talks about their losses.  Heard anyone admit to buying gold at $1800 an ounce?  Someone did.  It is like gamblers - they remember the big wins, but forget all those small (or not-so-small) losses.  (UPDATE:  After a decade, Gold finally hit $1800 an ounce again.  Some swell investment!).

Rather than trying to ride these waves of speculation a more sure thing is to invest in a company that actually does things - creates wealth - and makes a profit and pays dividends and then use time to make money for you.   Speculating on a company that is showing little or no profit on the premise that someday it might is just gambling.   Speculating on minerals or other commodities on the premise that the price might go up just because it you think it should is just gambling as well. 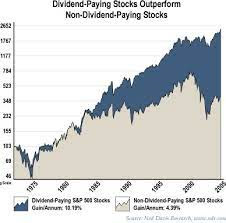 Dividend stocks overall tend to do better than non-dividend stocks.  One earns income, the other is often mere speculation.

Time has shown that dividend stocks tend to out-perform speculative stocks as a whole - which is not to say that just any old stock that pays a dividend is a good investment - you still have to crank the numbers.  And there other things to invest in besides stocks - bonds, government bonds, real estate, whatever.   The idea that you can "time the market" or get a "hot tip" and make it big is an illusion - usually an illusion fueled by people who want to take your money away from you.

The guy promoting the stock on the television or in the financial pages already bought his shares.   Once you buy, and drive the price up, he sells.   And apparently, this is perfectly legal, provided he doesn't lie about the company.  He's just sharing what he thinks is a good investment, right?  Caveat Emptor.

But this effect of cornering the market also illustrates why you don't want to be a minority investor in a thinly traded stock.   Say, for example, you buy stock in a company where 51% of the stock is owned by family members of the founder, or investment bankers, while only a small minority is owned by chumps like you.   They can control the company and make decisions - and manipulate the price of the stock as well.

Small family-owned companies are the worst, as they will pad the payroll with their relatives and take money out of the company and leave you with nothing.   Oh, yea, they have a fiduciary duty and all, but all that leaves you with is the right to sue.

IPO stocks are not much better.  Many of these famous dot-com IPOs of recent years sold off only 5-10% of the company.  Some even were so ballsy as to limit voting rights of IPO shareholders.   You are feasting on the crumbs at the table here, while the founders gorge themselves on roast beef.

"But Bob!" people say, "All those other people are getting rich!  I want to get rich too!"   But you won't get rich playing their game.   They make money selling this crap to chumpsters like you and me.   And they hype, in the financial pages, just enough stories about Johnny Lunchbucket striking it rich to get you to think, "Gee, that could be me!"

Casinos use the same strategy.   So do personal injury law firms.   So do a lot of rip-offs in the world.  Ever seen a billboard for a payday loan place, with the lady with the fan of $20 bills?   This, too, could be you!   No one talks about or advertises the down side.

Gambling is not Investing.   If you want to "Strike it rich!" then good luck.   But this blog is not for you.   Because that kind of mentality is the exact opposite of what I believe in.