The Rise of Far-Center Politics 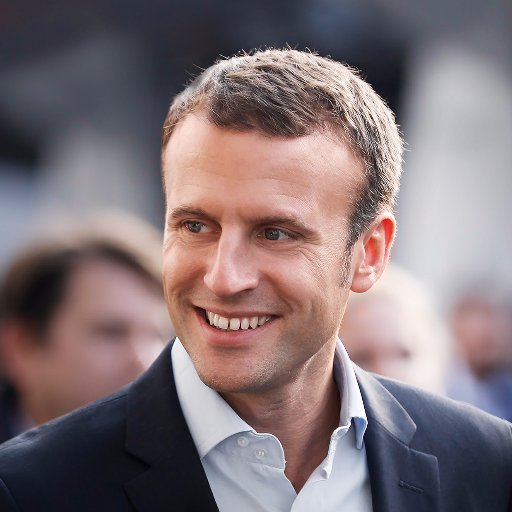 What is happening in France might be a harbinger of good things to come.
Some Gallic good looks there!


The recent elections in France are quite interesting.   Even though the press gave a lot of coverage to far-Left and especially far-Right politicians, the French elected, with a huge majority, a centrist candidate and a centrist legislature.   The practical French rejected radical politics in favor of getting things done, along with consensus and compromise.   Despite all the hoopla over Le Pen, the French decided that radical politics were not the future.

Meanwhile in Virginia, a governor's race is brewing.   "Red State" Virginia, which went for Obama, twice and also for Hillary, has a pragmatic centrist Democratic governor.   And in the recent primary, people rejected the "progressive" Democratic candidate (read: Comrade Sanders) in favor of a more centrist politician.

In the UK, Prime Minister Theresa May beat out Elmo and Lord Buckethead to win re-election, albeit without a clear majority.  Clearly, far-right politics have lost some momentum in the UK.   Maybe they can re-think this Brexit thing while they are at it?

Could it be that people are tired of extremist politics and want a return to normalcy?   And were does the media fit into this picture?

Like its brother, the financial media, the political media loves controversy and heat.  Sound and fury signifying nothing.   They love candidates who say outrageous things or get into outrageous controversies, as it sells newspapers or in today's lingo, generates clicks.  Marie Le Pen was popular in the press because she was controversial and people wanted to hear "what outrageous thing she said today" - the same reason people listened to Howard Stern.   People who hated Howard Stern listened to him more than people who liked him.

And of course, this is the reason the New York Times and The Washington Post are in hand-wringing Trump meltdown mode.  The more they can convince people that Trump is a threat to our national sovereignty, the more newspapers (or clicks) they sell.   And this was true before the election and doubly true today.  I am not a fan of Trump, but the republic will survive his Presidency.   Why?  Because our founding fathers were smart enough to create three branches of government, and the two other branches have already shown a propensity to keep the Executive branch in check.

Maybe a lot of bad things will happen in the next four years - and already are.  People are being deported and families are being torn apart.   Marijuana users who voted for Trump are going to have a pleasant surprise when the DEA busts down their door.   A lot of regulations in the banking industry will be repealed and people will be allowed to borrow more money than they should, and go broke.   And cronies of the President will profit.

But in four years there will be another election.   And if people decide these changes in our society are swell, Trump will be re-elected.   But maybe something else will happen.   Sadly, the media loves to tout "progressive" candidates with their wacky theories of government (give more money away, raise taxes, increase the deficit, etc.) which likely will insure a second Trump victory.  The only thing Americans fear more than fascism is communism, which really are both the same thing.

What 90% of Americans really want is a centrist candidate - someone who can appeal, at least in a limited amount, to both parties and work across the aisle.   But since our primary system favors extreme candidates, this is what we get.   And sadly, the parties cow-tow and cater to the extremes, convinced that their "base" is in the radicals and that they will not win office unless they pay homage to the tea-partiers and progressives.

But is this really true?  Or are we seeing movement in a different direction?   Sure, the Washington Post and the New York Times both hype the progressive movement as the wave of the future, even as this same movement derailed Hillary's campaign.    Like the Republicans before them, when they lost a major election, the consensus seems to be, "Let's become even more extreme!   Moderation is what cost us the election!"

But I think the opposite is true.   Sure, extremists can win elections.   A Tea-Partier can win in a Red State only because a Democrat doesn't have a chance.   But the moderate Republicans don't necessarily vote for extremists - they just stay home, instead.    Winners of such elections - on both sides - claim to have a "mandate" even when, in many cases, less than 50% of the eligible voters even showed up to vote, or if they did, the winning candidate had less then 50% of the population of eligible voters vote for him or her.

Sadly, it seems extremists on both sides of the aisle have captured the fancy of the press, and the rank-and-file Republicans and Democrats are getting a short shrift.   We hear a lot from the loudmouths on both sides of the aisle, as well as the erratic tweets of our Commander-in-Chief.   But we never hear from more moderate, sensible minds, on either side of the debate.

Maybe it is time to change, and maybe people worldwide are ready for such a change.   After all, we've seen where radical politics get us - nowhere.


UPDATE:  The centrist candidate in Georgia's special election was despised by both Trump and Sanders, which to me, is an endorsement.   He lost by a pretty good margin, which illustrates that it is hard to win, as a Democrat, in a red district in a red state.   Of course, the Washington Post has a different angle on this - he wasn't liberal enough!  If only he had embraced Bernie Sanders and communist principals, the Republicans in his district would have voted for him!   The world is a delusional place and the Post has lost its collective mind.
Newer Post Older Post Home