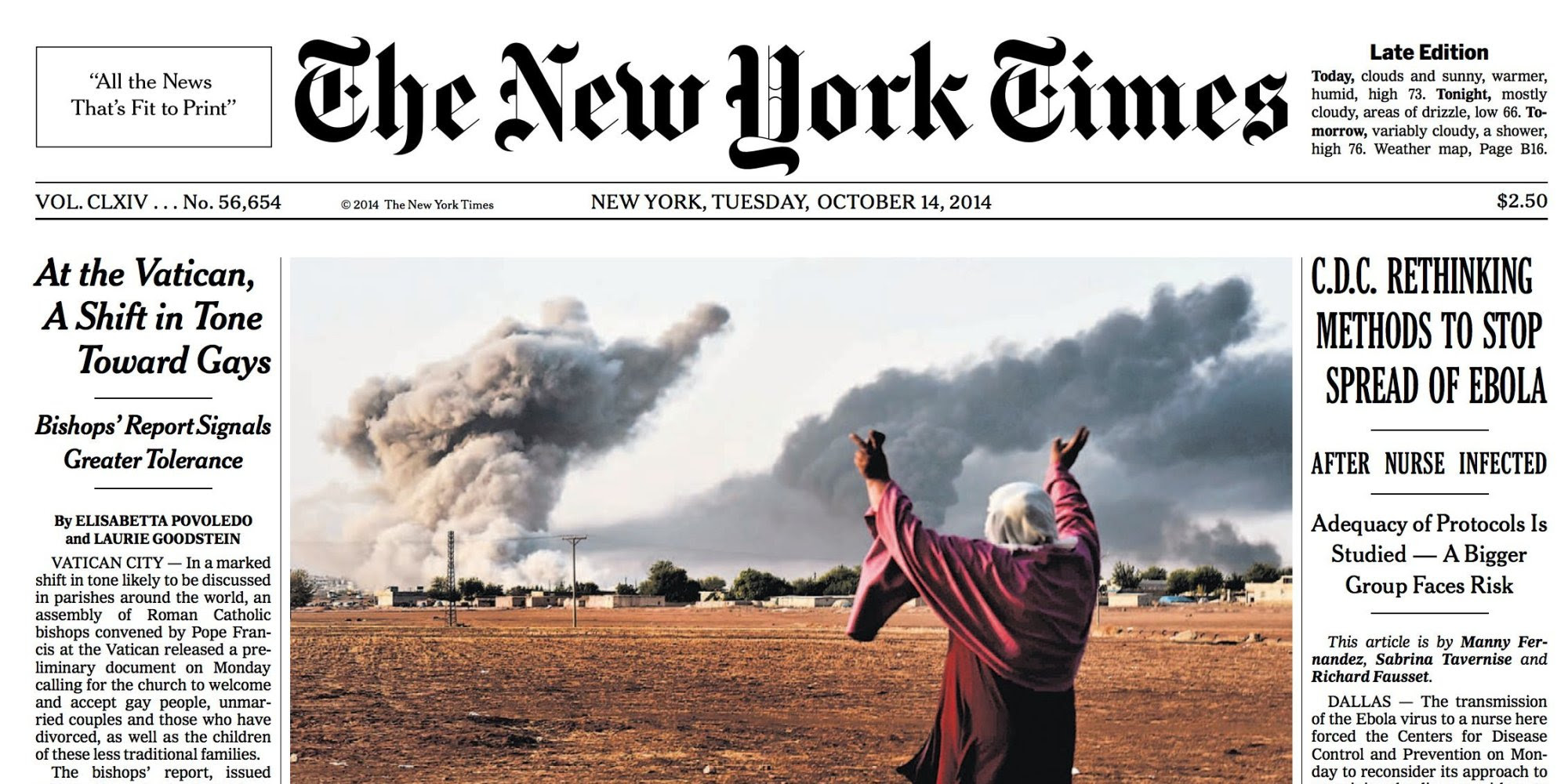 The New York Times has decided that they will no longer publish op-ed pieces by people they disagree with - such as half the nation.   Other media outlets, known for their bias, don't seem to be as afraid.


I was looking at the Internets the other day and read this interesting Op-Ed piece:

Millions of Americans are fed up with divider-in-chief Donald Trump and the awful job he’s done dealing with the coronavirus pandemic that has killed over 113,000 Americans and protests sparked by the murder of George Floyd at the hands of Minneapolis police – among his many failures.

As a result, President Trump’s poll ratings are sinking and the prospects are increasing that former Vice President Joe Biden will send Trump into political retirement in the November election.

Trump has appealed only to his base and sought to fan the flames of division and conflict between Americans. This is one more sign of the incompetent leadership of our reality TV president and it is also an unwise political move.

It was sort of the standard liberal rant against Trump - not much new about it. I scrolled up to see whether it was from the New York Times, the Washington Post, or possibly CNN or MSNBC.

It was from Fox News.

What the ever-loving F?  Has Fox News gone leftist on us?

It is just they are not afraid to publish an Op-Ed piece that their viewers and readers might not necessarily agree with.

Now granted, I am waiting for the other shoe to drop.  Fox is famous for putting up straw men to knock them down.  Long before there was Hannity, there was Hannity and Colmes, which might as well have been "Hannity and Liberal Punching Bag" as Colmes was ill-equipped to deal with Hannity's hateful rhetoric.

So I am cognizant that perhaps they published this piece, which almost comes across as a parody of the rhetoric used by the liberal left to discredit Trump, so they can later tear it down.   Perhaps.

Another alternative is they published this just to show that they are more open-minded than the New York Times.  And the timing of it is, to say the least, suspicious.

However, I have noticed (and others have as well) that once in a while, Fox News lets slip some criticism of the almighty Trump, sometimes even on the air.   It makes news when it happens.   And maybe they do this for ratings, as people will watch what they agree with, but spend more hours watching things that infuriate them.  So maybe this Op-Ed piece is just "red meat" for the MAGA set.

Hmmm... Just a hint there, New York Times - you could gin up your click-rate revenue by publishing Op-Ed pieces that infuriate your readers as well as echo them.  After all, the Op-Ed page of the NYT has been a snoozefest until this recent dustup over Senator Cotton, right?

As I noted in another posting:

"50% of listeners HATE Howard Stern and listen for an average of 2.5 hours. Reason given? They want to hear what he'll say next!

It is just good business. Controversy sells, and the Times blew a chance to up their readership and stay relevant for more than a news cycle or two.

Fox News apparently gets this.   I still don't believe anything they say, however.  Not that I spend a lot of time reading Fox News and zero time watching it.

But the ball is in your court, NYT, Fox News apparently isn't afraid of opposing views.  Can you say the same?
Newer Post Older Post Home