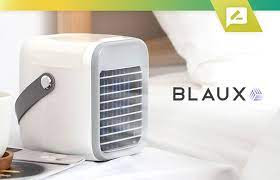 No, the laws of physics haven't been suspended for the summer.


It is amazing to me how fools and their money are soon parted.  People want to do an end-run or "hack" on life and think they can somehow avoid paying for things by spending more money.  "We're not going to get screwed buying a $10,000 car from the major car companies!  I'm putting down a $2000 deposit on an new Elio!"  A decade later, no car, but they still believe.  It is like so much else in life these days - people neglect how great things are because they believe something else could be better.  And they miss how great things are as a result.

Air conditioning is another area where people seem to want to pay nothing and don't realize they can pay very little - and instead squander money on stupid, non-functional, "alternative" solutions.  A few years back, there was a "hack" posted online about an "alternative" air conditioner that was little more than a fan and a 5-gallon Home Depot bucket full of ice.   Did it work?  Well, to air-condition Barbie's doll house, yes.  But we rate air conditioners in tons as in tons of ice needed to cool something in 24 hours.   So if your house has a typical 5-ton AC unit, it is the equivalent of melting 5 tons of ice a day.  That's 10,000 lbs of ice, which equates to about 1250 gallons of water, or enough to fill several hot tubs or a very small swimming pool.

No, this doesn't really work outside of the alternative universe of YouTube.

Yea, a bucket from Home Depot is going to be the equivalent of that. Well, the equivalent of 0.032 tons of cooling.  If you had 250 of those buckets, and a steady stream of trucks delivering ice to your house (and you went around filling those buckets constantly) then yes, technically it could work.  But it would cost 100 times more than just buying an air conditioner.   But could it work for "spot cooling"?  To cool only one room?  Well, considering a typical 2000 sq. ft. house, it would cool about  eight square feet - a small closet, if that - and you'd have to keep filling that bucket with ice,which is not cheap to either buy or make.

It is just not a cost-effective "alternative" period.  But people don't understand the huge amount of energy needed to cool a home - they don't get that the largest circuit breakers and largest load on their electrical circuits is the air conditioner.  It takes energy to cool a house, and there is no "get out of jail free" card here.  But nevertheless, I hear from people all the time on boat and RV forums, asking why they can't make a 12 volt air conditioner that would run off a battery.  Well, the answer is, like our ice bucket solution, that you could, but it would require 500 Amps of current from a bank of 12 volt batteries that would sink your boat or fill your RV and even then, would all go dead in a few hours of use.  Lithium-ion batteries make the idea a little more palatable, but you'd need tens of thousands of dollars of such batteries (at current prices) and they also would go dead within a few hours.

There is no get-out-of-jail-free card on physics.

Lately, I have seen a click-bait ad online for a "revolutionary new A/C unit for $89!" that promises to be 300% more efficient that anything on the market.   What is this miraculous new system and what is it all about?   Well, a computer fan, a small battery, and a screen that wicks up water.   Does it work?   Maybe again, for Barbie's doll house, but then again, only in Phoenix.

Evaporation cooling or "swamp coolers" have been around a long time.  The idea is simple: when water evaporates, it cools the air.  So you can make a simple "air conditioner" by putting a fan in a box with a set of screens that wick up water from a tank.  As the fan blows the water past the screens, the air absorbs the water, which evaporates, and the air cools as a result.  Not much, but a bit.

They are popular (or were) in the Southwest US, where temperatures could be higher, but the humidity was very low.   In areas where humidity was high, such as Florida, Texas, or Georgia, they simply don't work, as there isn't enough evaporation to make them work.
UPDATE:  I should mention, too, that these evaporative air conditioners are HUGE - about the size of a standard outdoor A/C unit.  You used to see them in the SouthWest, atop mobile homes, but not so much anymore.  My late sister had a "swamp cooler" atop her mobile home in Colorado.  But when they moved to a real house, well, it had central A/C.   A tiny desktop swamp cooler?  Again, suitable for Barbie's dream home, and not much else - and even then, only in a dry, dry climate!

The online ad for this piece-of-shit evaporation air conditioner relies on American's unfamiliarity with the metric system to confuse them.  For example, the water tank is described as "300 ml" which is less than 1/3 of a quart, or little more than a cup of water.  They also describe its cooling capabilities as:

That sounds impressive, until you realize it is not talking about cooling capacity, but the flow rate of the tiny fan - not in CFM (Cubic Feet per Minute) but in meters per second - the speed, not the volume of air.  That's about 8 feet per second, or 480 feet per minute.  But air speed means nothing if you don't know the total volume.  Being generous and assuming the frontal area of this thing is a half a square foot, we are looking at 240 CFM, which is the flow rate of a small personal fan or computer fan, which is all this thing really is.   Again, this is not a rating of cooling capacity (in terms of BTU's - which of course is nowhere mentioned) but just air flow rate of a fan, which is all this thing really is.

What really made me fall out of my chair was the description of the battery:


Q: Do I need to buy my own batteries?

A: No, Blaux Portable AC comes with a powerful rechargeable 200mAh battery that will last you the entire day. The USB (type C) charging cable is also included.

I spent the morning recharging some small AAA batteries I use for temperature sensors and other components in our trailer.   These are tiny batteries, but have an 1100 mAh capacity.  200 mAh?  That is less than 1/5 the battery capacity of a AAA battery!   It is nothing, really.

So how do they get away with this?  They are selling a computer fan in a box, with a tiny water reservoir and a screen to wick water, with a battery that might last a few hours of use, producing no real cooling capacity of any note.  How is this legal?

Well, they haven't lied exactly, have they?   They go on for pages about how "revolutionary" this is, and here and there they actually put in some data that tells you the real story, provided you know something about air conditioning.

They are preying upon the naive idiots out there who think they can end-run physics or "show those big companies what for!"   People who secretly think they will show their friends how clever they are by paying so little for an air conditioner!  The same kind of people who put down deposits on an Elio three-wheeled car.

The same kind of people who think that just because something is advertised on a reputable site, that the site must have "vetted" it.   After all, MSNBC has never lied to me before, right?  Right?  RIGHT?

The cost?  Well, the regular price is only $170 - but if you act now, they will sell it to you for $85 - which is no doubt a good deal for them, as they are having these made in China for five bucks.

Or, you could buy a 5,000 btu air conditioner from Home Depot for $140 which would actually work, but of course, cool only one room of your house.  But that's real air conditioning, and real capacity to cool more than Barbie's dream house.  It isn't free, of course, nor does it run on tiny batteries.   Real air conditioning does require real energy, only because the amount of heat in your home represents a vast amount of energy.

It is as simple as that.  But apparently, judging from the popularity of these ads, a lot of people simply don't get that - and many are going to throw away $89 this summer on an "air conditioner" that simply doesn't work, unless your name is Barbie and you are 6"tall.
UPDATE 2021:  Just in time for summer, this scam rears its ugly head and is sold on Amazon and Walmart sites (not endorsed by, just sold there!).  They also have offered it under a number of different names and there are knock-offs of it which also don't work.
$85 is a lot of money for so little cooling.   It makes a good down payment on a 5,000 btu window unit from Home Depot, which actually cools a room!  A basic A/C unit is now only $159 or so.
Sadly, if you google this "Blaux" thing, you get a lot of hits saying what a great deal it is, including one from AP News.  Well, that sort of settles it for me with regard to AP News - they are shiite! Goes to show you, don't believe everything you read on the Internet, particularly if it sounds too-good-too-be-true.
The AP article claims the "Blaux" now uses the thermoelectic effect to cool.  If so, where is it rejecting heat?  I own a Coleman thermoelectric cooler and yes, they do work well, to cool a small cooler (with cold drinks already in it) - but it pumps out hot air into the room.  Unless you can reject heat outdoors, it won't work as an "air conditioner" and even then, only for Barbie's dream house, not your house.  The AP article is supposed to sound like a "scam report" but it reads more like a press release.  Shame on AP!  I mean, really?  This is how low journalism has sunk?
People think they are going to "beat the system" with "hacks" like this.  But it is only their wallet that is beat and they who are hacked.   We just don't teach science in schools anymore, so it is all-too-easy to rip people off, because they are illiterate with regard to technology.
Newer Post Older Post Home