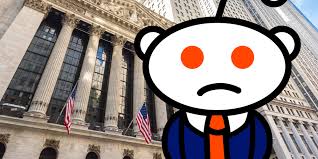 Twitter, Facebook, Reddit, or any online forum where people don't use their real names and facts cannot be verified, should never be the primary or sole source for a legitimate news article.

A guy posts his, totally real, chart of over a million gains on TSLA calls, and not-so-subtly plugs his Twitter account where he is selling access to a Discord server trading group for $110 (!!!!!) a month!

From googling this group, it's a glorified options gambling group, where they of course... hype up the gains whenever somebody makes money and tries to silence/downplay anytime somebody loses money throwing it at speculative option plays. I'm sure they throw in fake charts and fake gains as well, for good measure.

I deleted the links in that e-mail, only because I don't want to inadvertently advertise the trading sites.

This sort of thing illustrates how Reddit is all just one big advertisement, and no doubt Reddit is aware of this site using their "Wall Street Bets" forum to plug their day-trading and margin-trading schemes.   They are likely aware as they were paid to host these threads.

(The forum went dark recently as the founder of that subreddit was accused of using it to sell a book and promote his own trading site.  He probably didn't pay - that was the problem. The subreddit is back up and worse than ever, though!)

It has gotten to the point where when you read any discussion thread, you can rightfully assume that half the people posting are paid to do so.  The spontaneous thread celebrating a new product or just casually mentioning it is likely a paid put-up job.   We are all being baited and shilled.

So, who falls for these stupid stock gambling schemes?   And that is all they are, is gambling schemes, not "investing".    Well, boring man, for one.   He admitted to losing over fifty grand in margin trading in his 30's - something that no retail investor should be doing at any age.

But what is sadder is that "journalists" will take these stories from the Internet, and without vetting them at all, will publish them in a "mainstream" media outlet.  Oh, sure, they qualify it by saying "allegedly" - but what's the point?   That's just admitting that you didn't even try to e-mail the guy in question who claimed to make all this money in so little time - or that he would provide any documentation to prove this actually happened (instead of just reconstructing a fictitious scenario using historic data).

And shame on the said same "journalist" for promoting such schemes under the rubric of a "financial advice" column or page.  Why on earth would they do this?   Do they have no journalistic ethics whatsoever?

And the answer of course is, no, they don't.   They are only interested in printing titillating articles designed to sell newspapers (in the past) get ratings on TV (in the recent past) or generate click-through revenue (today).

This would not be so bad, if it weren't for said same "journalists" positing they are some sort of folk heroes, exposing the truth, standing up to tyranny, and informing the public.    They have been whining and moaning about how journalists are under attack, worldwide, and how their noble profession is under threat.

Noble profession?   Hardly.    The reality is, often the journalists overseas are indeed under threat, but these are often "stringers" - independent journalists who develop stories and sell them to the mainstream media, who then puts a superstar face on the story (a known journalist celebrity) and prints it.

Yes, we feel sorry for the guy in Somalia who sold a story to the wire services for $15 and then got shot by some terrorist group.   We don't feel sorry for the hair helmet on the evening news who reports that same story as a "special investigation" - and acts as though he personally investigated it and wrote it up.

Journalists need to up their game and improve their credibility.   That's why they are being criticized in the United States.

Reddit should not be a "source" for news.   But guess who owns Reddit?   Conde Nasty Publications, who tried to sanitize their image by claiming it is now owned by "Advance Publications" an "independent" subsidiary of Conde Nasty.   How can something be owned by you and claim to be independent?     Again, more lies from the media.

The only thing worthwhile reading on Reddit is r/comics - but then again, never read the comments, as each one is quickly hijacked into a discussion about whether Capitalism is doomed to fail (as if it were some sort of political movement and not the default mode of human interaction).

But once again, I digress.

Speaking of boring man and idiots who think they can get-rich-quick on the Internet, I met another nice young man the other day and it was a refreshing contrast to boring man in terms of his outlook on life.  While he was only in his 30's, he was an entrepreneur.  He opened two Subway franchises, but while he initially made money, like so many other franchisees of that chain these days, he ended up losing his shirt.

Not deterred by failure and learning from his mistakes, he now owns two gas stations.  He is making money at them, but it is hard work.   Finding employees who give a damn is hard to do, particularly these days ("Hey boss, can I have a day off to go riot?").

He is also looking to buy foreclosure and tax-sale properties, to fix up and rent out, making a little money in the short term, getting a nice tax deduction over time, and maybe some capital gains over time as well.  No "get-rich-quick" or "buy-and-flip" mentality, but the realization that wealth is not easy to come by (otherwise we'd all be wealthy) and that real wealth requires hard work, careful thought, and some luck - and that you won't always win out.

Like I said, it was refreshing to talk to this "young" man and it reminded me of how I was at that age - investing in real estate, starting my own business, and so forth.   It can be done, and if you are persistent, over time, you will make out.

On the other hand, expecting - realistically - to take a small amount of money and leverage it into a fortune overnight by knowing the "secret tips 'n tricks" to investing is just deluding oneself.   The secret tip is this:  Set up a trading site and con a lot of 20-somethings into handing over what pitifully small amount of money they've managed to save up.   Get a million chumps to give you a few dollars each, and you're set!

Why people fall for this, again and again, over the decades, is beyond me.  It is not like it isn't well documented.   It is not like no one every told them, If it sounds too good to be true, it probably isn't true.
Newer Post Older Post Home