Vaping - the only thing more idiotic than smoking. 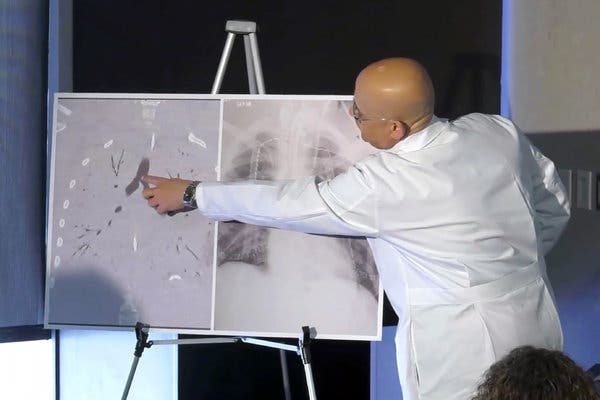 Smoking has largely vanished from the American scene, a victim of modern medical science.  Vaping is trying to take its place, but appears to be even more deadly than cigarettes.  Oh, it makes you look stupid, too.

I was at a resort and someone handed me a small USB device and said, "I found this on the shelf here, do you know what it is?"   I told them I would take it to the lost and found at the front desk.  I thought at first it was a USB drive or music player or some sort of device, but when I looked online for "NJOY" (the only marking on it) I realized it was a vaping device. How odd.

I realized I never did a stand-alone posting on vaping.  Smoking, I covered.  It killed my Mother, it killed my sister, and I am watching some friends die from it, slowly being suffocated, bit by bit, day by day.  It is a horrible way to die - and lung cancer ain't much better.   Ironically, given the high costs involved, only poor people seem to smoke today - which may explain why they are poor.  Spending all your money on something that doesn't do much for you other than you make you nervous and eventually kill you is really a loser's bet.

I rag a lot on pot smokers here, as I used to be one and know the risks of that drug.  But smoking I never understood.   It doesn't even get you high.   I mean, a belt of scotch will give you a buzz.  A toke on the bong will mellow you out.  Good for you?  Not really, healthwise or mentally.   But cigarettes?  They bankrupt you and then kill you and all you get in return is sloppy habits and a smell than never washes out of your clothes.   The cost/benefit of smoking just isn't there.  It is all cost, and no benefit.  No real high or real pleasure from it.

So enter vaping.  At first, they tried to sell vaping as some sort of "safer" form of smoking - the "e-cigarette".  But in reality, all these devices do is heat up a bunch of chemicals for you to inhale.  You might as well be huffing spray-paint.   A lot of younger people got into it, thinking it was hip and cool to be seen vaping - and being seen is the key for them, making huge clouds of annoying fake smoke.  Some even try to do this indoors, convinced that "no smoking" signs don't apply to vaping somehow.   But a cloud of smoke is a cloud of smoke, whether from a cigarette or a smoke machine (which is all these vaping "pens" really are).

Others got into it convinced that it was a "safer" form of smoking, or that it would help wean them from cigarettes.  Turns out not to be true, in fact, radically not true. Turns out this vaping thing is even more dangerous than cigarettes, which is pretty hard to do.  One kid, 17 years old, has had to have a double-lung transplant from vaping injuries.  We're not talking about a 70-year-old who smoked three-packs-a-day for 40 years.   We're talking about a kid who just started vaping and in fact, is too young to be legally doing so, already needing a new set of lungs.

And bear in mind the median survival rate for lung transplant patients is seven years. This kid shouldn't be making too many long-term plans.

What level of stupid don't people get?  And why is it legal to even sell a toxic poison like this?  It never ceases to amaze me.   The problem is, of course, that is something is "legal" and sold in stores, then people assume that it must be vetted by someone somewhere - after all, doesn't the government protect you from dangerous substances?\

Well, they try.   But in our "free market" economy, you are on your own, to a large extent.  It only took about 200 years before the government largely shut down the tobacco industry - and it ain't shut down yet.  It took nearly 100 years to get people to wear seat belts.  We have this queer idea about "freedom" - freedom to even destroy your own life.   So cigarettes are still legal, just taxed to death - to pay for the eventual medical care that smokers require - expensive medical care at that.

And maybe that is what vaping comes down to - an attempt to end-run the onerous taxes on cigarettes, by arguing that vaping fluids are "not tobacco".   I am not sure if that works, though.

I notice lately I am bombarded with ads denouncing vaping.   I guess this is the government's answer to the problem - education.  But of course, ads like that can only encourage such behavior.  After all, if the grown-ups are saying something is bad for you, it only means they are probably just hogging it all for themselves.   Ads that make not vaping look dorky end up promoting vaping, just as anti-smoking ads and "Just say no to drugs!" ads did.

Vaping is just idiotic makes you look like a dork.  I see one of these doofuses with a Hitler haircut and a lumberjack beard, puffing on his vaping pen, and I just want to punch them in the face and shout "wake up!"

But that would make me the bad guy, right?  Crazy world we live in!
Newer Post Older Post Home