Push-Button People in a Touch-Button World 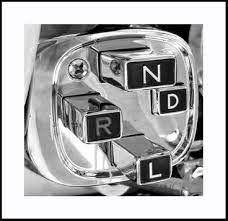 When did they change buttons and not tell us?


Many years ago - in the 1970's - my Dad returned from a trip to England.  He met with a man who proposed setting up a joint venture to rebuild truck clutches.   Turns out the guy was a fraud, and he took my Dad's company for a considerable sum.   And maybe if my Dad had been more astute, he would have seen the warning signs early on.

The fellow had a fancy Jag-U-are Saloon, and of course, Italian loafers.  When my Dad got out of the car, he gave it the good old American door-slam and the owner of the car freaked out.  "This is a Jag-U-are!" he said, "You only need close the doors gently!"   And in doing so, he power-shifted the relationship.   My Dad was impressed enough to tell me the story, at least.

And it is true that most European cars of that era (and today) don't have to have their doors slammed.  Our old BMW X-5 (2002, 3.0 with a 5-speed manual, thank you) had the hinges angled so when you let go of the door, it would close by itself, shutting with a quiet click.   American cars, particularly the ones from the 1960's and 1970's, with their foot-thick doors, required a hefty slam to close them, and Americans felt this was a sign of "quality" and durability - they even advertised this feature.  Ford, GM, and Chrysler spent a lot of time and money figuring out how to make the door-slamming noise sound "solid" so as to sell cars.

The problem is, of course, foreign makes don't do this, and when you slam the car doors, they can get out of alignment or break internal parts.  BMW X5's (and likely other BMW models) were famous for this.   The window was attached to the regulator with two small plastic clips, and if you got in the habit of slamming the doors, particularly with the windows halfway down, these clips would break and the window would fall down, never to open again.

The fix was simple - remove the inner door panel, install new clips, and re-attach the inner door panel.  I got so I could do it in 20 minutes.  I kept an Altoids box of window clips in the glove box, along with extra door panel attachment clips (you'll break one or two, each time you remove the door panel).  These tiny bits of plastic cost a few cents each, and it isn't hard to fix it.

But of course, your typical BMW owner doesn't know one end of a screwdriver from the other, so they freak out.  This is an outrage!  Particularly when it fails right outside of BMW's short warranty period.  Some dealers replace the entire regulator assembly (and eventually, I had to do that as well - a $68 part).   But people get upset, because, after all, they spent twice as much money as they would have on a Toyota, and the car should be twice as reliable!  It wasn't.  Of course, even Toyotas break.  My '88 Camry went through two master power window switch assemblies and a driver's side power window actuator - the one that gets used the most.   Shit breaks, expect that.

On the BMW forums, people would melt down over this, and I would reply with photos and instructions on how to fix it for under a dollar and they still were not satisfied.  They really got pissed when I suggested that not slamming the car doors might make these plastic clips last longer.  Once I got in the habit of letting the doors close themselves, the clips stopped breaking.  Funny how that works.

But it got me to thinking, which is a dangerous pastime.   Over the years, push-buttons (as we used to call them) require less and less effort.  Back in the days of the 1957 Fury with a "push-button" automatic, you needed strong fingers to jam those cable-actuated buttons.   Dishwashers, clothes washers, and other appliances weren't much different.  You pushed hard until they went "KA-CHUNK!" and you had a positive action that told you that the button was damn well pressed.

But over time, we went electronic, and electronic buttons and switches, while at first requiring some effort, became easier and easier to use over time.  The big switch (if you'll pardon the pun) was the change to membrane switches - which are easy to press, but old-school users tend to break easily.

Today, they have "touch" switches, which use some sort of capacitance to detect your finger.  So instead of pressing a fragile membrane, you merely touch a pad or bar.  Our thermostat in the camper is this way, and it is frustrating, as the temptation is to press the buttons hard, particularly if nothing is happening.

A friend of ours has a Cadillac, and it is not a bad car, just not a great one.   It has these touch-buttons in the form of chrome bars.  You have to touch one to open the glove box, electronically (progress!).  It is frustrating to use, as us old-school push-button people tend to mash these delicate bars, which confuses the system, which is expecting a delicate brushing of the finger.

Hilarity ensues.  As I noted in a previous posting, old-school people mash the "off" button the most, so it breaks and you cannot turn off your oven or microwave (BTDT, both times).  No one made an announcement about any of this, even as it changed how we used every piece of technology we own.  No one said, "Stop slamming car doors - this isn't 1968 and that ain't a Ford LTD!"  No one warned us the buttons on our various consumer goods would wear out if we mashed them like we were launching an ICBM.   It just happened, without fanfare or proclamation.

And that is the problem with technology. They sneak these little changes in, here and there, and they don't tell us the rules have changed.  When we break these things (usually out of warranty) they tsk-tsk us, much as the Jag-U-are man did, telling us it was "user error" that we handled these things like monkeys.

The upshot today is you have to handle things like they are fragile, because, chances are, they are.  Your car door of today has more technology in it than an entire car had, 50 years ago.  Slamming it and hoping that none of those electrical connectors, switches, and wires come undone is just foolish - particularly when the car doors of today are designed to close with a fairly gentle touch - compared to those of yore.

Buttons require a gentle touch, not a mashing - if you want to make the equipment last any length of time.   No need to mash the "Off" button three times (as Mr. See used to do) in order to "make sure" the microwave is off (I even have a spare control panel for that microwave, if he does).

Of course, the switch (again, pun) from mechanical actuators, to electro-mechanical, to membrane switches, to touch-sensitive switches (and touch pads, touch screens, etc) will continue unabated.  I am sure someone is working, right now, on a key pad you just look at and it detects the location of your pupils or whatnot.  Beyond that, they will come up with something that detects what you are thinking.

And sure as shit, they won't tell us about this, relying instead on us old-school users to blunder along, not realizing there has been a sea change, and we were left on shore.

UPDATE:  A reader points out that the problem with contact switches (capacitance touch switches) is that there is a small delay between the time you touch them and they activate.   For us old-school mash-the-button people used to instant gratification, this seems like the switch isn't working, so we hit it again and again, confusing the microprocessor in the thermostat or car or microwave.

Another problem, and we have this with the washing machine, is that if you are folding laundry and brush up against the button accidentally, it thinks you want to turn off the washer.

That, and when the washer is done, it plays the first few bars from the "Star Wars" theme.   I guess Darth Vader is washing his cape!