Should You Become an Ex-Pat? 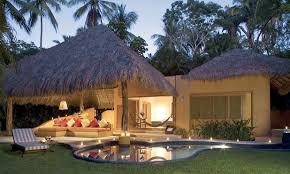 Living overseas could be fun, if you were very, very rich, or very, very poor.


I have known a number of people over the years who have moved overseas and lived in foreign countries. Is this a good idea? It could be, or it could be a dead-end. It depends on the circumstances, the country, the deal, and you.

For example, there was a Japanese law firm that used to advertise in the AIPLA newsletter, looking for American Patent Attorneys who wanted to relocate to Japan and work on Patent Applications for Japanese companies, to be filed in the USA.   They recruited former Patent Examiners with the idea that they could sell this to their clients as having an inside edge at the Patent Office - for far less in costs than charged by US firms.

I thought about it, but it was a weird deal.  You would have to give up your life in the US, sell everything, and start over in a foreign land, and if you didn't like the job, you'd have to start over again in the US, having lost a few years in the process.   And what does your spouse do?  For the most part, they would not be allowed to work, but would have to content themselves with housekeeping and learning traditional Japanese flower arranging.   Maybe a fun diversion for a few years, but a lifetime?

A friend if mind did go, and he learned Japanese and even married a Japanese woman.  He was "all in" on becoming Japanese, but of course, he could never really fit in.  He would never be a Japanese attorney, so he could never be more than an employee - never a partner.   In a way, it was like being a kept man, and opportunities were limited, as was the pay.   And you ended up living in a foreign culture, where everyone speaks another language, and particularly in Japan, looks at you oddly.

Of course, my friends in the military spend a lot of time overseas, and not just invading countries.  We have bases all over the world and they are stationed there for months or even years.  But often these bases are insular places - a little slice of America in a foreign land - and since the assignment is often for a fixed period, it is easy to endure any hardship of living overseas, such as it is.   But more importantly, not only do such overseas assignments not detract from your career, they enhance it, if the military is your career, that is.

Others I know have bummed around the world getting jobs "teaching English" in foreign countries such as Vietnam.  I am not sure how they get these jobs, not speaking the native tongue very well.  How can you teach English without knowing Vietnamese?    Most of these folks end up coming back to the States after a few years.  And like with the Japanese Patent deal, you end up a few years behind your peers in terms of the job market.  Your friend who stayed in the States is now your supervisor.

Still others I know have retired to places like Mexico, Panama, or Costa Rica, where the pitiful amount of money you get from Social Security goes a long, long way.  It isn't a bad lifestyle, although the rainy season can be bad, and the summers hot.   You have to learn a little Spanish, of course, and meals are cheap (and good!) and the people pleasant.  But again, you are on the outside of a society, looking in, and that is troubling for some folks, particularly the kind of folks who like their cheeseburgers, lite beer, and Fox News.

Then again, it beats struggling to get by in the States on limited funds.   And frankly, I think I would enjoy it, although I always feel I am on the outside looking-in on any culture, including our own.  But I'm not ready to do that just yet, mostly because I don't have to.  And again, it can be a bit of a trap, like for my friend in Japan.  Once you go there and invest your time and energy, it may be difficult, if not impossible, to come back.  For example, one friend of ours, who was living on Social Security, literally could not afford a plane ticket back even if they could have afforded to live in the US.

This was, by the way, the same friend who leased new Cadillacs every year in their 40's - so don't feel too sorry for them.  They also blew major bucks tithing to a church and buying stained glass windows - for a church who taught them gays were going to hell.  People can be foolish with money - but is that unfair?

There are a lot of things to consider when living overseas, including the laws and customs of that land.  I met some nice gay guys who worked for the UN and were living in an African country where homosexuality was outlawed (and technically punishable by death).  They told me that there was a gay community (again, I hate that word - "community" as it means nothing) there and there were ways around the laws.   But I am not so sure I want to live in a country on the premise of "not getting caught" - it is akin to being an illegal alien as you have one eye over your shoulder at all times.

My friend who went to Japan liked to smoke pot, and he told me there were places in Tokyo to buy pot and there was a thriving market there.  I am not sure that was a swell idea - the laws in Japan are very strict, and their justice system is akin to Mexico's - arrest everyone and put them in jail until the courts sort them out, years later.   And the sentences handed down are very severe.   You don't want to be dealing or using drugs in many overseas countries - some will literally chop your head off.

There was a position available for a "Patent Liaison" for the State Department, for the middle-eastern region.  You would have to live in Qatar and travel to various Arab countries.  Again, this could be an exciting assignment for a younger attorney, although I wonder where it would lead to and whether the pay made it worthwhile.

Another friend moved to Bermuda to work for a hedge fund.  There were a lot of ex-pats there, and in fact, the island was never inhabited before the British came, so technically there are no "natives" there.   Nevertheless, my friends came back after a few years and reported that the average ex-pat leaves after 2-3 years, pining for America, even as they live in an island paradise.  (By the way it is a fun place to visit, and really is not part of the Caribbean, but off the coast of the Carolinas, if you can believe that.  Far off the coast, of course.)

I mentioned before a friend of my Dad's worked for ARAMCO in Saudi Arabia and made a boatload of money in the oil fields before coming back to the States and retiring.  Again, conditions can be difficult for ex-pats.  Drinking liquor is outlawed in the country, and the ex-pats all lived in a compound where they could do what they wanted to (and their wives didn't have to wear veils) but again, it was sort of a "getting away with it" kind of deal - they could drop the boom on you at any time.

My own parents lived in Egypt before I was born.  Dad worked for Booz-Allen, on the Aswan High Dam, before they threw Americans out and had the Soviets finish the job. I don't think my Dad made any big bucks on that deal - or at least he didn't manage to save much.   It was not easy living - they had a house and servants, but with a huge wall around it with broken glass molded in the top to deter thieves.   Even back then, Americans were targets, but only for thieves, not terrorists.  Today?  Well, you have to factor a whole lot more into the equation.

My older brother and sister were in grade school at the time, and while living in Egypt for a few years was an exciting part of their lives, I wonder what their lives would have been like if they had been raised there. Swiss boarding schools?  Flying to America to go to college?   Raising a family overseas is an interesting challenge.  Like I said, I scared a friend of mine so much he moved back to India.  All I did was explain to him that his daughter would grow up to be a typical American girl if he raised her in this country.  So raising a family is another thing to factor in, unless you want to "go native" and have native children as well.

Overall, it seems to me that being an ex-pat is feasible at the beginning or end of your career. You can be like Hemingway and hang out in Paris for a few years as a young man and get enough material to write books for the rest of your life.  Or you can be a retiree, running out the clock.   It is the messy middle part of life that is hard to do as an ex-pat, unless you plan on going native and spending the rest of your life there.

You see, being in one place for a while is helpful to your financial situation.   You learn where the good deals are, what the values are.   When we lived in Alexandria for nearly 20 years, I knew what was a bargain, in terms of housing, and what was not.  When we parachuted into Central New York 20 years later, we only thought the real estate seemed like a bargain, compared to the hot DC market.   It was not.

I think it is harder to accumulate wealth if you are not settled at some point in your life.  Moving around every few years is feasible when you are young, but gets harder and more expensive as you get older.  Even my peripatetic father managed to settle down for nearly two decades toward the end of his career - at that age, no one is hiring laterally, and you have to hang onto your job.

Like I said, maybe it is an interesting move at the beginning of your career - for a short, defined period of time.  Or maybe at the end of your life - which is also a short, defined period of time, albeit less defined.   But unless you plan on going native and permanently emigrating, I am not sure it is a long-term solution.   Spend enough time overseas, you may find yourself a stranger in a strange land, when you return.
Newer Post Older Post Home