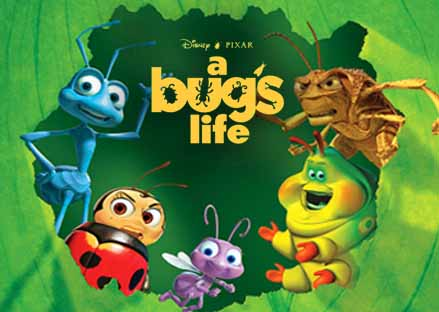 I don't recall so many bugs when I was a kid.

It seems as of late that bugs are a bigger and bigger part of my life.  Perhaps this is because I moved from the frosty regions of New York State to the milder climates of Virginia, Florida, and Georgia.  But we did have a vacation home in New York, and just returned from a three-month visit there.   There were bugs up there, too.  More than I remember.

When I was a kid, I remember mosquitoes, but not "noseeums" or midges.  In fact, I don't recall hearing the term "noseeum" until at least the late 1980's or 1990's.  Are these a new thing, or did we just not notice them before? I went to a summer camp in the Adirondacks, and other than the occasional mosquito, I don't recall "noseeums" there, even.   It seems to me that around the 1990's or so, I heard the term bandied about more and more - and slapped the bugs more and more.  Is this really a thing, or just my selective memory?

Now, to be sure, the cold weather up North tends to kill off a lot of bugs.  And back in the 1960's and 1970's, it was much colder than today.  Whether you want to attribute this to global warming or not is irrelevant, those decades were clearly colder than today.   It is funny, to return to Central New York and see so many of the places I used to ski at are now closed.  We even belonged to a local ski club, that had its own rope tow and J-bar lifts.   All gone now - not enough snow to keep them going.  The few that have survived rely on snowmaking machinery.  So maybe that explains the bugs.

Mosquitoes, on the other hand, I seem to see less of.  We saw hardly a one in the Adirondacks, and they are a rare site here in Georgia.   Perhaps people are more proactive about draining stagnant water and whatnot.  I remember in Virginia we had a drainage ditch in front of our house that never seemed to drain.  I went out there one day and it was full of squirming mosquito larvae.  I threw a cholorine puck from the pool in there and when I returned 15 minutes later, they were all dead, floating on the surface.  Probably not environmentally correct, but we had no mosquitoes that year (back in the day, Dads of the world would use motor oil to drown the larvae - a thin sheen on top would prevent them from breathing.  Again, environmentally incorrect!).

Black flies, of course, were a nightmare back in the day, but they had a specific season, and for some reason, were a Northern thing.  If you went camping in Maine, or Michigan, or New York in June or early July, you could be carried away by them.   But for some reason, by July and August, they were gone.  Today, we see them still, but not so much.  Instead, we are seeing more Horse and Deer flies, which are the size of a quarter or larger and don't just bite you, but remove a chunk of your flesh and leave a festering, infected wound that takes months to heal.  Some call them "bottle flies" as they are the color of a coke bottle.

What is more disturbing is that in recent years, they were slow moving and easy to kill.  But in the last 2-3 years, it seems, they have evolved into faster-moving species.  Maybe we selectively bred them by swatting and killing all the slow ones.  Perhaps.   But that doesn't explain why squirrels haven't been selectively bred to outwit cars.   Maybe they aren't as smart.

Again, I don't remember huge flies trying to eat me when I was a kid.  Is my memory faded or is this a new thing?

Cockroaches, of course, have been around mankind for eons.  In the South they call them "Palmetto Bugs" and they are part and parcel of the landscape.  Granted, in the South, spraying for bugs is a way of life (as is air conditioning).  You never win the battle with Palmetto Bugs - at best you have a standoff.  You spray and spray and spray, and you still end up with them - a fact you realize every time you spray and the "dead soldiers" come out of the woodwork (literally) to die on the living room floor.

Ants are another interesting thing.  This summer, I managed to step in not one, but two, ant mounds.  One was red ants, and one was tiny black ants.   I still bear the scars and the wounds are only now just healing.  Red ants are particularly painful, and it is quite a sight to look down and see your leg covered with a writhing, crawling mess.  I still have nightmares.  Just kidding.

When I was a kid, though, ants were these huge black things you used a magnifying glass on, to burn in the sun.  I guess they were a lot slower back then.  Today, they are these teeny-tiny things, black, red, or red-and-black, and they make mounds in our lawn.   You have to spread granules for the red ants, particularly if you have pets who play on your lawn.

Termites were never an issue up North, but in the South they have always been a problem.   Our tree man explained how they work - they are at constant battle with the carpenter ants, as both want to eat our pine trees.  You can kill off the termites, and the ants take over - and vice-versa.  And while we're on the subject of eating wood, what's the freaking deal with borer bees?  At first I thought they were cute, making these perfect holes in the wood, like a drill bit.  They made holes in our fence posts to lay eggs, I guess.  The woodpecker then destroyed the fence post trying to get at the larvae.   If you see a borer bee hole, fill it with caulk.

Spiders seem to be ascendant as well.  When I was a kid, you marveled at a spider web in the woods, or or if you saw one around the house, people would say, "leave it be!  Spiders eat insects! They are good!"  But today, it seems spiders have gone wild.  First, you have these teeny, tiny spiders that seem less interested in eating bugs than in eating you.  They bite you and leave annoying bumps in your skin that itch for days.  Then there are the larger spiders which look scary.  I was at a friend's house once and a huge spider walked across the kitchen floor.  "Stomp it!" they said, so I did, only to quickly realize that the hundreds of baby spiders were on its back - and scattered across the floor.  It looked like the floor was alive.  Gross!

But worse are the cobwebs.  No longer do spiders make perfect webs, like Charlotte's Web or something, but instead make these impossibly long "strings" going from tree to tree or from the eaves of your house to your car.  You walk through these and they stick to your face and hair and wrap around you and leave you flailing at invisible webs for hours.  Worse yet, sometimes there is a micro-spider attached to all this (how can they make such a web and be so small?) and you end up feeling them crawl on your skin and of course, bite you.

Some of these spiders actually travel using these "strings" - they leap from trees using a thread of spider webbing as a streamer to slow their fall to the ground.  If you get caught in a cloud of these things - eeeew!

Again, I don't remember these "string spiders" when I was a kid.  Today, if we go hiking, or even walking in the back yard, you have to wave a stick in front of you to knock down these spider-strings, lets they wrap around your head, or worse, you end up spitting them out of your mouth.

Some say that spiders proliferate when there are more bugs. So maybe the warmer, wetter weather we are having is increasing the number of bugs, and thus the number of spiders.

Ticks bear special mention - although I seem to see less of them lately.  Deer ticks proliferate when there are more deer - and they spread all sorts of nasty things like lyme disease.   Fun stuff!   Here on our island, we have an over-population of deer, and hence a lot of ticks.  It seems like there are fewer ticks in the last two years, but the ones we get are these teeny, tiny micro-ticks that are hard to spot and remove (but you can feel them crawling on you - gross!).  Sometimes, the only way you can find them is after they have bit you and engorged themselves on you blood, but by then, their heads are embedded in your flesh.  You pull them off, they leave the head inside you, and a wound that takes weeks or months to heal.  Ugh!

Again, I don't remember ticks being such a deal in my youth, but that could be because I lived up North.  But then again, people don't hunt as much as they used to (but own far more guns than in those days - guns designed to hunt two-legged prey).   As a result, deer populations have increased, and maybe that is driving the tick thing, I dunno.

What do you think?  Is the world a buggier place than it was 10, 20, 30, or 40 years back?  Has it changed so slowly that we haven't noticed?  Is this a result of warmer temperatures or global warming?  Or maybe because we are occupying more and more land, further in the countryside?

Or is it just my imagination?  Maybe as I get older, bug bites take longer to heal, so I just notice them more.