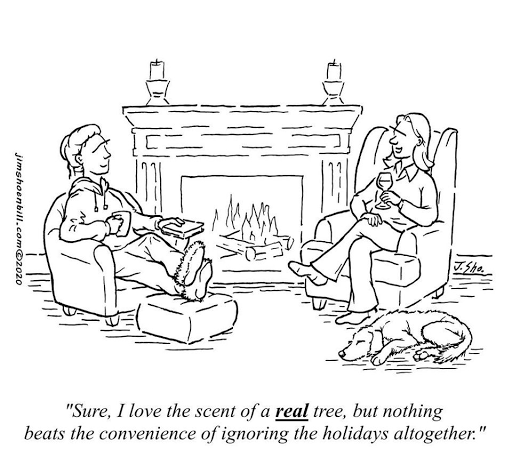 Nearly every year, there is some toy that becomes the "must-have" toy for the Christmas season!  This is not by accident, but design.  This was not always the case.  The first year I remember this nonsense occurring was with "Cabbage Patch Dolls" - ugly little dolls that no one really wanted, but the marketing people convinced us were desirable, by manufacturing a "shortage" of the dolls, and then convincing people that getting one for their kids made them better than the rest of us.  Oddly enough, that Christmas, every kid who wanted one got one, and even a few kids who didn't want them got them, as they became a status symbol for parents, not children.

It was the first time I saw kids bringing toys to the grocery store.  It became a "thing" to carry your "Cabbage Patch" doll out in public so that everyone would know you had one.  I mean, what's the point of the status symbol if no one knows you have it?  Perhaps the Cabbage-Patch thing occurred by accident, but the next time around, it wasn't.  By the way, "Cabbage-Patch Doll" became a joke or meme (before there were memes!) referring to the madness of such manufactured shortages and crazes - as the whole thing collapsed, just as "Beanie Babies" would a decade or so later.

There were other "must have" toys that came down the pike in subsequent years, and the media was all-too-complicit in reporting on this.  Doing a "human interest" story about the "must have" toy became a local news team tradition - much as reporting "The War on Christmas" or Black-Friday madness has become in more recent years.  Marketers noticed this.  "Useful idiots" would propagate this idea that such-and-such a toy was a "must have" item, whether it was the local paper, local news site, or just water-cooler talk at work.

This year, the "must have" toy is a new video console, and as far back as November, when it came out, people were posting messages on all the social media outlets, complaining about long delivery times, shortages, theft by porch pirates, and something called "scalping".  We were told that there was a shortage of these consoles as people were buying them by the dozens and then listing them on eBay for thosuands of dollars each.  But like with Beanie Babies, just because someone lists something on eBay for a lot of money doesn't mean people are paying that much for it.   Asking prices are not sales prices (duh!).

But even if it were true, you can only be "exploited" by a "scalper" if you decide you have-to-have an item and are willing to pay anything for it.  As I noted in my previous posting on car dealers, if you walk into a dealer and say, "I have-to-have that car!" you have given up all negotiating leverage in the transaction.   If there is a shortage of these gaming consoles, rest assured they will be on sale, for half-off, within a few months.  Stop thinking you "have to have" things other than oxygen, water, food, clothing, and a roof over your head.  Anything beyond that is luxury.

What struck me this year was how many people were being "useful idiots" with regard to this manufactured shortage and hype.  It wasn't just "gamers" on gamer discussion forums complaining loudly that their Constitutional right to a new console was being violated, but folks on other forums as well.  Cartoons and jokes would use this alleged "shortage" as a punchline - because we all know the premise, right?  It would be like Carson doing Beanie-Baby jokes on The Tonight Show - that material never gets old, right?   It just is amazing to me that folks go along with this - or perhaps some of this is actually manufactured along with the gaming consoles and the "shortage".  We are always being manipulated on the Internet.

The whole discussion reminds me of a posting I saw a few years back.  A young fellow was whining that Ticketmaster was "unfair" because tickets to his favorite heavy metal band concert were $200 apiece and Ticketmaster wanted a $25 "convenience fee" on top of that!   This was a violation of his Constitutional rights!  I said, "Well, you always have the option of don't go" and it was like I was speaking Esperanto.  "Don't go?  But I have to see my heavy metal band in concert!"   And I tried to point out to him that when you have to have, then you have to pay whatever price they are asking, and that's how economics work.  If enough people didn't go (which happens) then they would lower the ticket prices.  Of course, if enough people didn't go, the concert ends up being cancelled.  And that happens often enough - when an aging rock star cancels a concert because of a sore throat, chances are, it might be because ticket sales were not what the promoters thought they would be.

Christmas is commercial, let's face it.  And the best way to deal with Christmas is to simply ignore it.  Think about how a Jewish or Muslim person approaches Christmas - or a real Christian for that matter.  If you truly are Christian, then Christmas is all about Christ, just as Michealmas is all about Michael.  You can jump off the Christmas bandwagon, and if more people did just that, I think the world would be a better place, quite frankly.  And quite frankly, I think more and more people are doing just that - unplugging from what society says we should do, and doing what we want to do, instead.  No doubt the cratering economy and pandemic are helping.

I digress, but Fox News has been hyping this "War on Christmas" for over a decade now - it is now a Christmas tradition, oddly enough (Tradition = 5 years at least).   Initially, they went full-fundamentalist on this, claiming "Jesus is the reason for the season" and decrying commercialization, Santa, and all the other trappings that have been ladled-on to Christmas like so many ornaments on an over-decorated tree.  But advertisers revolted, apparently - after all, the commercialization of Christmas is what Christmas is all about, right?  So Fox relented and conceded that Santa is also the reason for the season, and candy canes and sugarplums and Rudolph-the-red-nosed-reindeer were also under attack by Godless secularists and shifty Muslims.

My Mother always went "over the top" on Christmas, as a way of overcompensating.  "I want you kids to have the childhood I never had!" she would say, as if being the daughter of the Mayor of Larchmont, New York was a trial and tribulation.  She would shower us with largess, which frankly, made me a little uncomfortable. And each year, she had to top the last year, which quickly became untenable.  As a result, she would think she was a "failure" and then hit the bottle.   In retrospect, a Christmas with less loot and more happiness would have been a far better deal.

Unfortunately, we see this effect in other aspects of living - everyone has to "top" the previous years' efforts, lest they fail.  The fraternity has to make the hazing rituals even more cruel every year, until someone is hospitalized or dies.   One-upmanship is a dangerous game!

Here on the island, the Parcheesi club has the annual Parcheesifest, which started out with four card tables and a cigar box with loose change in it.  Entertainment was a guy with a banjo, and the food was provided by one of the husbands grilling a few hotdogs.  Each year, the new director of Parcheesifest wanted to top the previous years' effort.  Pretty soon, they had four nights of rock music, a catered food truck, light displays, multiple tents and so on and so forth.  It became exhausting work, and quite frankly, more than the attendance would justify.

Enter the pandemic - and Parcheesifest 2020 is cancelled.   Next year, it may come back (or may not - always an option) but if it does, it may be scaled back considerably.  Just as you have to prune the shrubs around your house (or should, before they grow up over the eaves) so that they grow back even stronger, such events often need to be "pruned" back to make them healthier.  It is like with Burning Man - a small event that has grown completely out-of-control to the point where it has become this commercialized nightmare like the SXSW festival.  Perhaps the pandemic will help prune those as well.  Pruning is a good thing, and sometimes scaling back helps.  Less is more.

It is sad to me, but I run into folks who literally cannot see it any other way.  "Everyone does it this way, and we should, too!" and then they complain loudly about what a raw deal they got out of Christmas, what with all the crowded shopping malls, trying to get presents delivered on time, licking envelopes for 500 Christmas Cards, the hassle of travelling at the busiest time of year, and the utter boredom of the wasted week between Christmas and New Years, where there is nothing to do but watch football, argue with relatives, and go shopping.

And it goes without saying, you have to buy the "must-have" toy for your kids, too!

Or maybe not.  We have choices in life.  We really do!