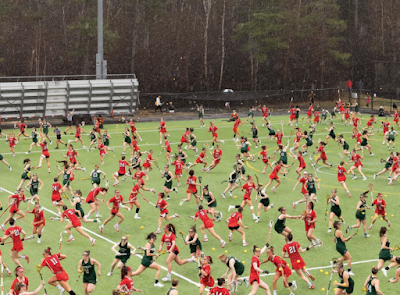 The world of journalism has changed dramatically in the last few years.  Like so many other jobs, the job of "journalist" has turned into a stay-at-home subcontracting job, with few benefits or job security.  Journalists are paid by the story, not on a salary.  And the results are predictable...

What an obvious photoshop, by the way.

The Washington Post and The Atlantic are at it again - this time around, the Post has decried a recent piece in the Atlantic as full of factual errors and written by an "independent" journalist who has a long history of plagiarism and inventing facts in a story.  Would that the Post and the Atlantic spent as much effort fact-checking Fox News or The Washington Examiner (our motto:  Almost a real newspaper!) as they do tearing each other down.

I took a well-deserved piss recently on one such "journalist" - "Kyle" Smith (and he enjoyed it, no doubt).  He is another example of these quasi-independent "journalists" who are paid by the story rather than by the hour or by the week.  As a result, he tends to write things that are provocative and snarky, not necessarily informative. His shtick is to say contrary things - for example, attacking beloved institutions such as Mr. Rogers' Neighborhood, which he argues was so saccharine and banal that it lead to the youth violence we see on the streets today.  Someone should have explained to him that the show was aimed at small children, not bored adolescents.  But that would ruin a good story.  Coming up next!  Romper Room is facile!  Cutting-edge journalism at its best!

In the news business, they used to call them "Stringers" - independent journalists who would sell stories to newspapers and television. The problem with stringers is fairly obvious - in order to get paid, they need to "sell" a story to an editor, and in order to do so, they need to make the story seem compelling and interesting.  And in order to do that, they have to make the story dramatic - often inflating or altering facts, or in some instances, simply making things up.

Now granted, there have been incidents in the past where salaried reporters have been found out doing the same things.  Even for salaried employees, there is pressure to produce compelling stories - those who do, get promoted, those who do not, get fired.  The problem is, news is value-neutral, and on some days, nothing of interest happens - which is why the media will sorely miss Trump.   If nothing else, on a slow news day, you can always run with whatever he Tweeted at 3:00 in the morning - a convenient time before the papers are "put to bed".   Sadly, it seems Trump was well aware of this - Tweeting some outrage to push more important (but mundane) stories off the front page.  World War III would be pushed to page three in favor of an outlandish Trump tweet.

The story in question in the Atlantic piece is incredibly trivial.  It deals with obscure sports that "rich folks" like to have their kids get into, so they can get into top-tier schools.   Well, that was the narrative they were trying to sell, anyway, which is frightening.  The gist of the piece was that readers want to read about how evil the 1%'ers are, and of course, the Bezos-owned Post could have none of that (no doubt Bezo's kids are getting into Harvard on a fencing scholarship - or a $500 million endowment -  both work).  It illustrates how newspapers pander to the predisposition of their readers.  Fox News et al. do the same thing - pandering to right-wing preconceptions and printing stories that fit that narrative.

The problem with stringers today is that in order to get noticed, you have to say more and more outrageous things.  It's not enough to report the events of the day, or even an opinion about the events of the day - you have to go off the deep end with wild and wacky theories.  It is unconventional advice, which people pay money to hear.  People like non-intuitive arguments as they can say, "Gee, I never thought of it that way!" even if the argument makes no sense whatsoever.  But it generates click-through revenue and that is the key.

So a movie review about the "Mr. Rogers" movie isn't going to generate clicks if you say it is a heartwarming message desperately needed in today's times.  But you might get a few clicks if you allege that today's street violence is a direct result of Fred Rodgers suppressing emotions in children of the era.   Wacky stuff, but it generates clicks.

And like with Howard Stern, the people who hate these sort of articles are twice as likely to click on them as those who love them.  The haters will stay on such a site twice as long ("engagement") so it sells that way as well.  Mea Culpa, I actually read that drivel review of the Rogers movie.   So you see how it works - our outrage is used against us, either way.  An article about "election fraud" is read by the MAGA-hat wearing doofus who believes in that nonsense.   But the raging liberal is twice as likely to read it and tear out their hair, believing the end of Democracy is nigh (Well, we'll see about that in the next few weeks, won't we?).

Is Fairfield County, Connecticut going nuts over obscure sports?  Likely not.  Yes, it is true that in all-white wealthy suburban enclaves, people tend toward weird sports.  Even in middle-class enclaves, people sign up their kids for Karate, Tai-Kwon-Do, and Soccer - sports that middle-schoolers play but that no one (in America) really takes seriously beyond the ninth grade (as opposed to say, Football, Basketball,  and Baseball, which utterly dominate the American sports scene).  It is sort of a wasp-y thing.  I recall I was forced to play soccer in prep school (and sucked at it - that Asperger's thing again) and the school was nutzo over soccer.  Our public school, on the other hand, was nutzo over football.  Funny how that works.

The point is, I guess, that a normally-written article about obscure sports wouldn't merit a mention in The Atlantic or The Post.  On the other hand, if you couch the whole thing in terms of class warfare - wealthy people (evil 1%'ers!) forcing their kids to risk life and limb for a fencing scholarship at Yale, well that sells.

The problem, of course, isn't the stringers, or The Atlantic or even Fox News, but rather us.  We click on this nonsense, we allow ourselves to be baited by trolls.  And yes, I still get baited by trolls, regularly, whether it is a "stringer" for The Wall Street Journal interviewing me for a piece (which one commenter called "a canny feat of trolling") or reacting like so many others' did to this suspect bashing of Jill Biden's title and dissertation (which in retrospect, seems like an obvious distraction to get us not to think about more important issues like the virus, the "election fraud" and the cratering economy).

By the way, that Wall Street Journal article is an excellent example of how a "journalist" (or "urinalist") can fit the facts to the story, rather than vice-versa.  At the time of the interview, I was already a millionaire (hardly "broke") but had to work to pay for "things".   I realized that I could give up things and give up work which turned out to be a good trade.   Still a millionaire, just unemployed and own "only" one house, with no debt whatsoever.  Well, that and a condo, but who's counting?   The point is, the narrative they wanted to sell was "people are going broke buying things!" and that indeed is true, and sort of the point of this blog.  So if the journalist wanted to mock me for the sake of making that story, that's fine with me.  I really don't care what others think.

Perhaps there is no cure for this.  And indeed, journalism has always been this way, to some extent.  William Randolph Hearst sold us sensational stories, and the "whatever sells newspapers" mentality goes back to the first printing press.   It just seems that in today's economy, where no one is on salary anymore and everyone has a "side hustle" trying to sell something, that we are embellishing things more and more.  And with the Internet, this sort of thing has gone into high gear.

I suppose, on the other hand, this provides a young person today with a roadmap to success.  Just say the most outlandish things - like "Pew Pew Pie" does on YouTube.  You will have thousands if not millions of followers, and become a major "influencer" in the media.  There are no longer "gatekeepers" in the form of editors or even public shame or social values, to stop you.