Four More Years - Of People Not Listening to Each Other! 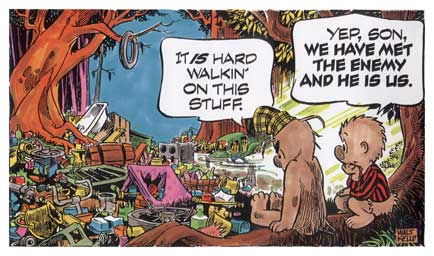 A new year, and a new President, and not much will change, alas.

I try to see things from other people's perspectives - up to a point.  I cannot fathom the "perspective" of a Qanon believer, for example, other than to chalk it up to mental illness.  The best I can do in the empathy department there is to admit that they are believing in something that is convenient to believe and like all forms of belief, can be comforting - and also very, very evil.

But I understand why a businessman wants lower taxes and fewer regulations.  I emphasize with the college student who graduates with what seems like a mountain of debt and no way to pay it off - I was in those shoes myself once.  I can commiserate with someone who cannot afford the staggering cost of health insurance.  I can even understand where someone is coming from when they say they don't recognize their home town anymore, as all the signs are in a foreign language and everyone is speaking a different tongue.  Yes, that can be unsettling, but of course, no excuse for xenophobia.

The list goes on and on.  The point is, in almost every case, people's views are shaped by their experiences, and you have to think about things from their point of view to understand why they feel the way they do.  They are not just being arbitrary and stubborn for the sake of it.  Republicans aren't trying to turn the country into a Nazi state, nor are Democrats pining for a Socialist or Communist utopia - well, maybe a little Socialist, but that's about it.

The far fringes?  Yea, they are pretty much unhinged - useful idiots who go out and riot in the street over absolutely nothing, ruining their own lives and mental health even further, and then arguing that only an overthrow of the existing system will "fix" their broken lives.   But the existing system isn't all that bad, despite what folks will tell you.  In fact, it is the envy of most of the rest of the world.   Countries with extremist politics - left or right - illustrate quite nicely why those extremes never work out well.

What is "broken" in our country isn't "the system" - it seems to be working quite well, actually.  Trump has tried, like Samson chained to the pillars of the temple, to bring down our Democracy around him, in a last-ditch effort at self-destruction.   And who knows?  Maybe he will still succeed in the coming weeks, with a messy showdown in Congress, or even an attempt at a military coup on January 19th.   But I doubt it - and recent events have illustrated how our country can come together to overcome adversity.   For example, the House and Senate have voted overwhelmingly to pass a defense bill - and likely will override President Trump's veto.  His last hissy-fit and temper tantrum before leaving office - quietly overcome.

In the coming months, we'll see all sorts of nonsense - endless "Hunter Biden" investigations, which like Whitewater and Benghazi before them, will amount to nothing - in fact, what the previous Hunter Biden investigations amounted to.  But those sort of things are just noise - a sideshow to rile up the masses and show them the "other side" is no damn good, corrupt, and vile.  It is like Trump's impeachment.  Was there Russian influence in the 2016 election?  No doubt about it - there is Russian influence in everything these days.  We play the same game.  And apparently the French have been caught at it in Africa - every country uses social media these days to influence opinion.  One Republican here in the States poses as a "Black Gay Guy" (perhaps his sexual fantasy?) to promote his own agenda - and that of Trump.   Like I said, it is just a sideshow - don't be taken in by it.

And perhaps Trump's clumsy attempts to steal the election were also a sideshow - but a sideshow with frightening possible outcomes.  If Trump succeeded (or succeeds) it would have lead to a civil war - a very bloody and messy civil war.  And who knows?  It may still do this, even after Trump is gone, if these idiots preaching violence and secession succeed.

This can only happen, however, if we stop listening to each other.  And unfortunately, it seems that people have already stopped listening to opposing views and have no intention of ever even considering the other guys' point-of-view ever again.   On the right, we have these hard-core Trumpers who are denying reality right down the line.   There was a joke I read online about this.

Two hardcore Trump supporters die and go to heaven.
God meets them at the pearly gates and asks if they have any questions. One of them says, “yes, what were the real results of the 2020 election and who was behind the fraud?”.
God says, "my son, there was no fraud. Biden won the electoral college fair and square, 306 to 232”.
After a few seconds of stunned silence, the one guy turns to the other and whispers, “This goes higher up than we thought!”

Ba-da-boom!  It is funny because it is true - although some argue that rabid Trump supporters won't get to heaven.  Others point out, they have go there first to be judged.  I am not getting into that theological discussion.
On the left, the same effect is in place - no one wants to listen to the opinions of the right, and they exist in a soundproof echo-chamber.  Ms. AOC has nearly a bad a Twitter habit as Trump did, although her Tweets are, at least, a little more coherent and she uses spell-check.  No Covfefe!  Nevertheless, her views are hard-Left, and she (and Bernie Sanders) are even starting to tear down the Biden administration, before it even starts.  She and her sort are no better than MAGA-hat wearing Trumpers - nothing less that total acquiescence to her point of view is acceptable.   Compromise is a dirty word.
But compromise is how we get things done - in the real world, and in a fair world.  Again, countries that refuse compromise and go hard-left or hard-right, illustrate the folly of "my way or the highway" politics - such countries are usually plunged into economic chaos, war, or are pariahs on the world stage.
"Politics is the art of the possible" - a quote unfortunately attributed to Otto von Bismark.   But it is true - you can accomplish an awful lot, even if you don't accomplish all you want, by compromising.  Maybe you can't create a Socialist state or outlaw abortion, but if you work with the people who disagree with you, you might be able to cobble together a pretty decent social safety net, and perhaps decrease the demand for abortion services.   On the other hand, holding out for extremes often means you go home with nothing.
Politicians are not to blame for this - at least in part.  They pander to our desires and emotions, and thus who is elected is often a function of what we tend to go for.  Trump isn't to blame (entirely) for Trumpism - an army of angry red-hat wearers and politicians who stoke that anger are (as well as those who just go along with the flow).  Ms. AOC didn't steal votes to get elected - she sold the same old Socialist snake-oil to people, who thought that they could get something-for-nothing by electing her.  Sad thing is, because of her radical politics, they end up with nothing, much as the MAGA-hat wearers did (otherwise, why are they so angry?).
"We have met the enemy and he is us" another good quote, from Pogo.  It is convenient thinking to blame our problems on others - particularly faceless unseen others - Antifarts, or Proud Boys, Democratic Socialists or Trumpers.  "If only...." those people saw the light - or went away - the world would be a paradise!   Seems like a neat idea - having everyone march in lock-step and annihilating anyone who disagrees, but it's been tried, time and time again, and it never works out well for the average Joe.  You see, the problem is, "the other guy" ends up being you.
Sadly, I see four more years of this nonsense, because we buy into it.  And by "we" I mean an entire planet that is now addicted to the smart phone, and gets all their information from some Facebook posting.   Things are not going to change on January 20th - not very much at all.
Newer Post Older Post Home