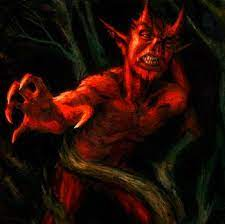 There are evil people in the world, and we shouldn't let them win.

Two things in the news recently sort of bookended each other.  First, in Virginia, they abolished the death penalty.  Second, a man on death row recently died of a Glioblastoma - a rapidly spreading form of brain cancer.  His crimes were horrendous, and I won't mention his name here, as it only serves to glorify these sort of nutjobs.  But if you look online, you'll find all the gory details, including his blog (yes, right here on Blogger) in which he whines about his treatment and the prison food, and describes in cold detail the murders and rapes of small children he committed.

The guy was arrested after wiping out an entire family - killing parents and children alike, and kidnapping and then raping and torturing the two youngest before killing one of them.  One survived - he was caught before he could carry out his last murder.   Once convicted, he confessed to a number of other child murders as well as molesting children back to his early teen years.   If this guy doesn't deserve the death penalty, who does?

Sadly, some people think he didn't, including lawyers he didn't hire, who appealed his convictions over and over again until he died in prison.  They argued he had a hard life and that he was imprisoned for "much of his adult life" which was the same excuse he gave for the murder-spree he committed.   Life was unfair to him, so to "get even" with society, he would commit horrendous crimes.  I don't buy it.

For example, he claims he was unjustly convicted and sentenced for 20 years when he was 17 for raping a ten-year-old boy at gunpoint.  "The gun wasn't even loaded!" he says, as if that makes it all right.  "It was only oral sex!" - he just doesn't get it.  But once in prison, he did to confess to raping at least nine other boys before that.  He was also in other legal trouble, including breaking and entering and stealing cars.  This was a bad person from the get-go.  His excuse for his murder spree was that after he was paroled (after serving 17 years) he tested positive to marijuana use, and rather than serve the remaining three years, he decided to "get even" with society by killing people.  Again, I don't buy it - one bit.

Others, apparently do, buying into his story of "unjust conviction" and "troubled childhood."  Some folks want to believe that people are decent and good down deep, and just get a bad lot in life.  Again, I'm not buying it.  We all make choices in life, even when dealt a bad hand.

Again, others bought into his spiel - psychopaths are quite persuasive.  They loaned him cars and thousands of dollars of money to pay for legal fees. A prison pen-pal fiance even sent him semi-nude pictures of young girls clipped from magazines.  He howled at the "injustice" when the prison warden confiscated them as child porn.  He just didn't get it.  But who in their right mind enables people like this?  It is bewildering, but I've heard of this before - people coming to the aid of child molesters and paying for attorney's fees, bail money, and whatnot.  It makes no sense to me.  It is almost as evil as the crimes themselves.

I suspect it was this same "fiancee" who posted his prison writings on his "blog" as he wasn't supposed to have access to computers while in prison. The blog is a fascinating look inside the mind of a narcissistic psychopath. In his mind, he did nothing wrong, and the injustices in the world are how lousy the prison food is, and the fact that the justice system "murders" (executes) inmates.  No word on whether the children he murdered deserved better.   He whines about how hard prison life is (getting up in the morning, making coffee, watching television, waiting for breakfast to be delivered) and doesn't get the connection that the life he has in prison is life - something he stole from nearly a dozen people - adults and children.

What is also interesting is how cowardly he was.   He always picked victims that were vulnerable and easy to manipulate and overpower.  It is like this guy in New York, recently, who stomped an elderly Asian woman.  He looked like he just came from the gym.  He attacked her from behind with no warning, and then stomped on her face once she was on the ground and helpless.  What kind of coward does shit like that?  It is akin to the stupid "knockout game" some teens were playing - coming up from behind and punching people in the head to knock them out.  Some fell to the ground and hit their heads and died.  It isn't an act of bravery, but an ambush - a cowardly ambush.

The blogs are terrifying, not in the telling of their tales, but in the banality of them.  The first is a diary of prison life, and is full of dull details and whiny complaints about life in prison.  People are too noisy, and he is convinced they are doing it all just to annoy him.  You see how this works - he is the center of the universe and the rest of the world revolves around him.   The rest of us are just wallpaper and not even real.

The second blog contains confessions of the crimes, but only in part.  He recites the murders in dispassionate detail.  But oddly enough, the sex crimes are sort of glossed over.  There is no evidence of remorse or regret, or any recognition that his victims were human beings as he was.  Again, other people are just wallpaper - not really real, and to be used and abused for his own advantage.   His only real regret was in getting caught, it seems.

I don't recommend reading his blogs or even looking for information about him.  But it just struck me how the phrase "banality of evil" applies here.  He describes the murder of an entire family with the same dispassionate discourse as one would use in describing how to change the oil in your car.

It struck me that there are likely a lot of people like him in the world, and likely never hear about most of them.  Some of them are political leaders, others run huge corporations.  To them, the rest of us are wallpaper and not real people.  Sure, they may pander to us, but only to use us - to lure us into the car with the offer of candy.  Only later do we regret it.

I understand why some may be against the death penalty, as it is unevenly applied, and in the past, (and in some countries today) it was even applied for non-deadly crimes.  But in situations where there is a heinous crime, and the evidence is overwhelming (and real) and there is even a confession, I am not sure it is not an apt punishment.

Of course, so many people die on death row from old age, as appeal after appeal can be lodged and these take their time to work their way through the system.  In the meantime, death row inmates enjoy a private cell, peace and quiet, "three hots, a squat, and a cot", a numerous trips to court and to see attorneys, as well as the prospect of lonely-hearts pen-pal fiances and whatnot.  From his description of prison life, it sounds pretty bad, but not all that bad, compared to prisons in other countries.  In fact, it sounds like a country-club compared to say, China or Russia.

What was surprising - but not all that surprising - was how this fellow invoked God and Jesus and the Bible (and Torah) as justifications for his acts.  He claimed the Torah sanctions child-sex, which might be technically true as the age of consent was much lower then (and indeed, even during the history of this country).  But that does not mean it condones child-murder, or just plain murder, for that matter.  It is interesting how someone can twist logic around like that - and even make it sound persuasive.  In this era of the Internet troll, it is a frightening thought - particularly when he apparently had admirers, followers, and supporters, as did Charles Manson.

It is also a little frightening that he was at least a passable writer - and a fairly prolific one.   We tend to think of murderers as wild animals, unable to control their urges, acting out based on anger and emotion. On the contrary, this fellow carefully stalked his victims and carefully thought out the crimes. Staking out a house for 12 hours gives one a lot of opportunity to say, "Gee, maybe this isn't such a swell idea!" but that never seemed to occur to him.  He wanted to inflict fear, pain, misery, and death on others, strictly for his own amusement.

It made me very sad to read all that, and I kind of wish I didn't.  On the other hand, it made me appreciate all the decent and honest people I know in the world - and there are an awful lot of them, too.  Hold them close to you, hold them tight.  And watch out for the sociopaths and psychopaths in the world - they do exist, but the can be easily spotted, if you know what to look for.

And yes, he had those "crazy eyes" look that so many school shooters and serial killers have.  As I have noted more than once, it should be possible to program a facial recognition software to identify this look.   Maybe I should Patent that.