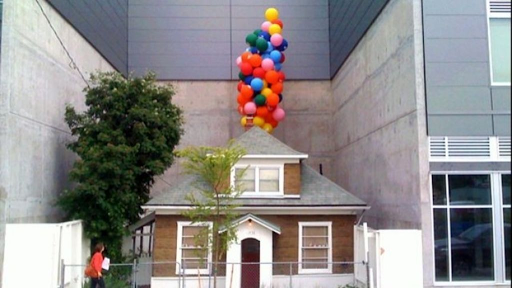 You can never really own property - the government is our ultimate landlord.

The Jekyll Island Club has an interesting history.  In the late 1800's, they decided to form the club and buy the island to do so.  An enterprising local convinced his co-owners to sell out to him at a good price, and he immediately doubled his money by selling to the wealthy Northerners who started the club.   It does show that if you have some inside information, you can buy and flip a piece of land - but this is rare.  Often, investments in empty land come to nothing, as the "big companies" are not so stupid as to over-pay for land.  Walt Disney, when he built Disney World, secretly bought up land through shell companies - and no, he didn't over-pay for a single acre of it.  You don't get rich by being stupid.

The popularity of the Jekyll Island Club waned after Flagler opened up his railroad into Florida. Suddenly, sunny Miami Beach, the "sun-and-fun capitol of the world" became the new playground for the newly wealthy, who wanted to show off their wealth, not hide in "splendid isolation" on Jekyll.

World War II intervened.  The Federal government took over control of the island to search for U-boats, which were lurking right off the shore.  In nearby Brunswick, they would launch Liberty Ships, and the Germans would sink them a few miles offshore.  They would then refloat the ships, take them back for repair, and repeat the process.  Today we cut up sunken ships, for some reason.

After the war, interest in re-starting the Jekyll Island Club was non-existent.  The State decided to buy the island and make it into a State Park.  They offered a million dollars to the remaining club members, who refused, claiming the island was worth more.  So the State took the island by eminent domain, and paid them a half-million dollars instead - perhaps just to drive home the point that you don't mess with the government.  Also, the first offer is often the best offer.

You see this sort of thing happen all the time.  A new highway or bridge has to be put up, and they need to knock down some houses to make it happen.  The news media loves to report these stories about "brave homeowners" who "fight the system" and "hold out" for more money or to try to have the bypass moved, or whatever.  It sells newspapers - we all like the "little guy fighting authority" story, such as the lawn refusnik.  But the conclusion is never reported.  The government takes the property by eminent domain, the highway gets built, and the "little guy" gets screwed in the deal.

Often these folks are mentally ill or are being goaded on by opportunistic attorneys (yea, I hate those!) who encourage them to "fight" the taking by eminent domain in court, which serves only to delay the inevitable and squander most of the proceeds on attorney's fees.  A house is a fungible commodity, and so long as you can get enough money to relocate, there is no real harm to you.  These weepy stories featuring homeowners crying about losing their vegetable garden are just bullshit the media loves to print because it generates clicks.

If you are facing eviction by eminent domain, that is what you should be concentrating on - getting the best price for your property so you can relocate and move without an undue burden.  Trying to stop construction of an eight-lane highway is just a foolish waste of your time and energy.   You become the friend with the perpetual problem, whose "problem" is readily solvable - get a good price and move.

Yes, there are a few instances where people have "held out" and refused to move, but often these are situations where private enterprise is building something and thus does not have the power of eminent domain.  But beware, the Supreme Court has held that governments can take property by eminent domain in order to advance private enterprise - bulldozing a ghetto, for example, to build a new entertainment district.

But holdouts rarely come out ahead.  The image above is of the famous Seattle "UP!" house which mimicked the Disney movie of the same name.  Yes, the lady "held out" and the developer simply built around her, making her home perpetually in the shade, and out-of-place in a canyon of high-rises.  She reportedly turned down an offer of a million dollars so she could "die in her home" - and she got her wis a scant few years later.   The house was sold for $310,000 (so much for sky-high Seattle real estate!) and failed to sell at tax auction for $185,000.   Some say she is a "folk hero" for "sticking it to the man" but I think she would be a bigger hero for taking the million bucks and donating it to charity, rather than just squandering opportunity.

It is ironic that the house was sold at a tax auction - which illustrates who is the ultimate landlord of all of us - the government.  You "buy" a house and all you are doing is eliminating one landlord in the chain of ownership.  You stop paying rent, you are evicted.  You stop paying your mortgage, you are foreclosed upon.  You stop paying your property taxes, a tax lien is slapped on your home, and eventually, it is sold at tax auction.  You could argue these are "different" things, but the net result is the same - whether it is landlord, banker, or tax assessor, someone else is holding the cards, and you end up out on the street if you don't pay.

But others violently argue with me on this point - they "own" the property and that's different!  But maybe this points out why "ownership" of "things" is futile.  At best in life, we are mere stewards of things for the brief period we are on this planet.   At worst, we are mere consumers of things, paying dearly for them and then using them up until they are on a trash heap.   When I was younger, I obsessed about "things" - thinking (wrongly) that once I owned a car, I would have it forever (that was 30 cars ago!) or that if I owned a house "free and clear" it was mine forever as well.

As we get older and settled the estates of our parents and clean out their homes and dispose of their chattel, you realize that ownership is a bit of a fraud.  Stuff is just stuff, and often it just clogs our lives.  being attached to a house or a car or a photo album or a memento or keepsake isn't liberating - it's slavery to "things" and it can be paralyzing.  The hoarder is never free.

Musk offered to buy out all the homes in the local, sort of run-down retirement beach community.  Most people sold out - living next to crashing rockets is no fun.  Not only that, Musk paid them handsomely.  But as you might guess, there are few cracked-pot "holdouts" who are refusing to sell because "of the principle of the thing" - I'm betting they don't mow their lawns, either, to defy the "man" or whatever.

I fail to see the point.

Well, other than people are irrational, and people like attention, even negative attention.  So selling out and cashing that big check is boring.  But being a "holdout" and getting quoted in the paper and seen on live TeeVee!  That's exciting!  But sadly, the end result for these sort of folks is usually the same.  They eventually sell - often for less than offered originally, or yield less due to all the expenses they incurred, particularly if they hired a lawyer.  They become bitter and unhappy people who are no fun to be around, and after a few drinks, will tell you what a rotten deal they got out of life.

When our neighborhood was bulldozed, we all took the money and sold out - that is, except for our next-door neighbor who had just plowed a pile of money into his house.  He could not "sell out" for $700,000 because that's what he owed on his mortgage.   He over-built for the neighborhood.  He would have been better off knocking the place down and building two houses in its place.

So not ironically, his wife tried to lead the "neighborhood coalition to stop developement!" which comprised of her and the busybody lady across the street.  But deed are deeds, and these houses were on two separately deeded lots, and under the law, the builder could tear down the houses and put up two houses in their place.  As the judge tried to explain to my neighbor (who was a lawyer herself, no less) you can't undeed a deed, or at least a Judge can't.  Zoning?  They can enforce that or even change it (although changing zoning may be deemed a "taking" by the same Supreme Court!).  Since the proposed houses met the zoning requirements (and the County had no interest in changing the zoning - they were for the project!) their lawsuit failed.

End result - she alienated herself from the entire neighborhood, who was waiting for their $700,000 checks to clear.  She spent a lot of time and money and effort over nothing and didn't change a damn thing.  And only a few years later, they decided to retire and move back to Pennsylvania.   It really was a protest over nothing.

If you are confronted with a situation like this - where someone throws a wheelbarrow of money at you - I suggest you take it.  It may mean early retirement for you, or at least a more comfortable one.  If you are facing a taking by eminent domain, be aware that you will likely get unsolicited phone calls or letters from lawyers promising to "fight for you!" (a lawyer always fights for himself, so that right there is a lie) and either prevent the entire process from occurring, or "get you the money you deserve!"

And they don't have to.  The government is the ultimate landlord!