Is the AP Biased Against Israel? 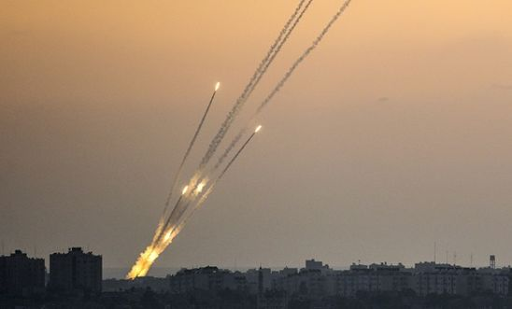 Recent accusations against an AP reporter are not really half the story.

Recently, the far-right of the GOP went on a pitchfork-and-torch march against a young AP reporter who had only been working there for a few months.   Her crime was posting messages on her Twitter account that supposedly supported Palestinians.  No good ever comes of Twitter, does it?  The deal is, AP wants to appear to be "neutral" and thus doesn't want their reporters to "take sides" or express opinions in their social media.

When my phone died, I ordered a new (used) one on eBay for $80.   I decided not to load the MSN news app on it, as so much of the stuff on that site was just pure clickbait.  I just wanted impartial news.   AP seemed like a good choice, as after all, it is a wire service and just reports stories.   What is interesting about the app is that it doesn't update very often, which is to say, they don't feel the need to constantly barrage you with clickbait, or change the title of a story ten times, to get you to click on it.

The recent "war" in Gaza illustrated how they work, however.  The same story would be updated and expanded upon as the events progressed, with the opening paragraphs telling the latest "news" and as you read down further, you realize the rest of the story is just what they reported the day before - word-for-word.

Before this bruhahah about some obscure reporter's opinions, however, I got the feeling that AP was slanting the news just a wee bit.  Initially, they seemed to downplay the 4,000 rockets (four-thousand rockets - wrap your  head around that!) that Hamas was firing at Israel.  I mean, that is a major aerial assault.  Granted, Israel was able to intercept most, but that misses the point - this was a major act of war instigated by Hamas, not Israel.

To read the AP - at least initially - you would have thought it was the other way around.  Headlines were like, "Israel poised to invade Gaza!" or "Israel airstrikes kill civilians!"   You would think, reading this, that Israel, like Han Solo, shot first.  It wasn't until several days later that the AP would put in one sentence explaining that Hamas started the war by firing "a rocket".   And even that was qualified with the reasoning that they were sort of justified because of unrest and police action in Israel.  But I guess that's at least something.

Not only that, but every story seems to dwell, for at least a paragraph, on the "plight of the Palestinians" and how awful things are in Gaza since Hamas took power.  Bear in mind the Palestinians voted for these clowns or at the very least, let them take power. Hamas is brutally suppressing any dissent, political or otherwise, in that territory.  Rather than provide humanitarian aid to their residents, they spend what precious little resources they have building four-thousand rockets.

Four-thousand rockets.  You understand why there is a blockade of Gaza.   Hamas spends its energy on building tunnels to smuggle rocket components, as well as building and launching rockets.  And they place these facilities in civilian areas, often using schools, hospitals, residential districts and yes, even journalists' offices as "cover" or human shields.  Yet the AP reports Israel as the bad guy when civilian human shields are hurt or killed in airstrikes designed to dismantle this rocket program.

Worst of all, it seems the main story, from the AP's point-of-view is the destruction of their own offices. It was almost comical, reading the story where the AP talks about itself in the third person, griping about losing some computers, photocopiers, and printers.   Israel notified them well in advance of their intent to bomb this Hamas hideout, and no one was injured as a result.

Bear in mind, too, that this latest batch of four-thousand rockets isn't the first or the last. Hamas regularly launches a rocket or two on a near-daily basis, just to harass and annoy Israel and try to goad them into responding. The AP rarely reports these.  It is a passive-aggressive game.  When Israel responds to this aggression, Hamas can paint itself as the "victim".

Oh, and where is Hamas getting its financial support?  From Iran. And Iran loves to stir the pot in the Middle East.  Chaos favors their "cause."

The problem with Gaza goes back decades. Yassir Arafat loved to keep his own people in "refugee camps" indefinitely, so he could trot them out as "victims of Israeli aggression" and raise money, which went into his Swiss bank account. Make no mistake about it, he was a first-class asshole.  Hamas is taking the same route - putting their own people in perpetual peril, and then claiming it is all Israel's fault as well as using their plight to shape public opinion and raise money abroad.

As with the Dali Lama, a lot of Americans just assume that the Palestinians are victims here - of Israel and not their own "government."   I know so many young people on the Left who have "Free Tibet" bumper stickers on their Subarus as a form of radical chic, but have no clue who the Dali Lama really is (not a vegan, not a nice guy, not taking a vow of poverty. He's also homophobic, and on the payroll of CIA).

It is akin to how many on the left supported the Ayatollah Khomeini when he was in exile.  The Shah was an evil man, to be sure, but the Ayatollah turned to be more of the same. Hamas and even the Palestinian Authority are no sweethearts, either. These folks are corrupt as all hell and line their pockets with "aid money."  Why would anyone support that?

Whatever the "answer" is to peace in the Middle-East, Hamas is not a part of it, nor do they want to be part of it.  Rather, they want to create and maintain chaos - a festering "issue" they can milk to stay in power.  It is akin to how the GOP and the Democrats bat the abortion issue across the net in a perverse game of Badminton.  No one wants the game to end, of course, because it is good for fundraising and get-out-the-vote. If someone actually won the game, then what would we do?

In a similar manner, it seems Netanyahu wasn't interested in "winning" against Hamas so much as he was interested in bolstering his fading poll numbers.  Yes, I know that sounds crass, but it is an old adage that whenever your political fortunes are failing, to declare war.  People don't change Presidents in the middle of a war, generally. And apparently it worked, although Biden's meddling in pushing for a cease-fire may have come too early.  Netanyahu is still facing an uphill battle, politically. Oh, and criminal corruption charges.

Of course, individual Palestinians are caught in a trap between these two political powers.  I am sure that most are not involved in these terrorists acts.  But then again, if you "go along" with Hamas or cheer when a suicide bomber kills some Israelis, are you really all that innocent?  Bear in mind that Israel is home to a number of "Palestinians" or Arabs who never left when Israel became a State.  In fact, they are quite a voting bloc in the Knesset. Palestinians talk about a "great return" to Israel and to the properties their parents and grandparents abandoned (just as many Israelis abandoned properties in Gaza) - yet some never left in the first place.

Nothing will change while Hamas - a terrorist organization - is running Gaza.  People seem to forget that.  The AP seems to have forgotten that.