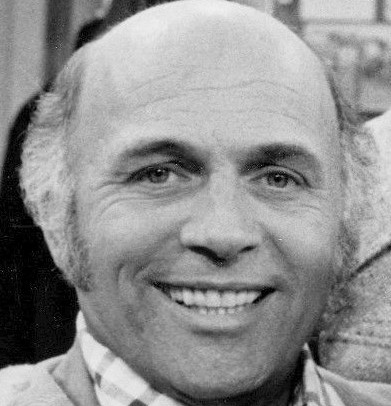 The other night, we were watching an old Hawaii Five-O episode featuring Gavin MacLeod as "Big Chicken" the drug dealer.  At first, we didn't recognize him as he was quite chubby at the time.  But it was him.

Later that night, I went down the Wikipedia rabbit hole and Googled his name, only to realize he was born Allan George See, in Mt. Kisco New York, where Mark was born.  Could they be related?  Possibly, as distant relatives.  Mark's Mom, a "Davis" from that tony neighborhood of Mattawamkeag Maine, always looked down on the Sees as "Simple Rustics" - apparently she didn't know about Gavin MacLeod. Oddly enough MacLeod's Mother worked for Reader's Digest, where the father of Mark's Sister-in-law worked.  Clearly there is a conspiracy in all of this!

Anyway, I woke up Mr. See to inform him of his famous relative and mumbled, "Yea, I know. Go back to sleep!"

Mr. MacLeod was a yeoman actor, appearing in almost every television show of the 1960's and 1970's.  The guy was never out of work for long.

Anyway, the very next day he died.  Clearly I need to stop Googling people's names!

His death was reported in the papers by his nephew, Mark See.  Since then, we've gotten countless e-mails from folks wanting to know if Mark is Gavin MacLeod's nephew.  Yes, I'll admit it, we inherited all of Uncle Gavin's money and we are now going to book a round-the-world cruise on The Love Boat.

Or maybe not.  It was just a weird coincidence.

But one thing we understood - why Allan George See changed his name to Gavin MacLeod.  The last name of "See" (which may be of Dutch, French, or Jewish origin) is very confusing.  Short names are harder to explain over the phone.  If your name is Kozlowski, people can spell it - like it sounds.  But when you say "See" they think you are spelling the first letter of the last name, or saying "Yes" in Spanish.

Sometimes, Mark (or I) try to spell it out loud.  "My last name is See - S-E-E!" we say.  But then a letter comes addressed to Mr. CSEE.  You can't fucking win at this game!  I get the same thing with Belle or Beal or whatever.  Single-syllable names are cursed.   I'll bet Cher gets junk mail addressed to "Mrs. Share" or something like that.

So, Gavin, rest in peace.  And we understand why you changed the name.

And to all you other aging celebrities out there, I promise I'll stop Googling your names, so rest easy!