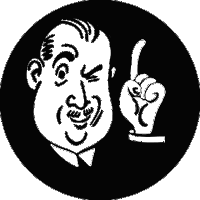 You can generate a lot of clicks on YouTube with unconventional advice!

Mark was watching a YouTube video which popped up on his phone for some reason.  The nominal topic was how Social Security is untaxed in Georgia, which is apparently true.  But then the presenter veered off into the deep end by suggesting that you set up a Roth IRA, which is taxed when you contribute to it, but not when you take money out.  If you did this, you'd pay no taxes in retirement!  Whoo-whee!

Oh, wait, that makes no sense.  My Federal taxes last year were about $300 and my State taxes $600.  This is not a lot of money.  My taxable income was the $30,000 I take out every year from my 401(k) and maybe a few grand we make on the condo rent.  Since I have no debt, we live quite comfortably on this amount.  And since we take out so little, our tax bill is negligible - we are in the lowest brackets to begin with, and when you get done with the standard deduction, well, there ain't a lot of taxes.

But what about the Roth IRA?  I get a lot of e-mails on this topic from people who have watched videos about Roth IRAs on YouTube and fear they are "missing out" on some great bargain.  FOMO strikes again - and FOMO should never be trusted.   The advice on these YouTube channels is unconventional, and people love unconventional advice.  "Gee, I never thought of it that way!  I might not save any money on my taxes today, but when I retire, I will avoid paying those trivial amounts of tax!

Yea, that makes sense - NOT!

Well, it could make sense, but not for you and me.  Take my millionaire friend who has a trust fund that cranks out money like clockwork.  Most of this is taxed at the long-term capital gains rate, which can vary from 0 to 20%.   Capital gains rates are generally far lower than ordinary income rates, which can be 35% or more.  And when you take money out of a 401(k) or IRA, it is taxed at ordinary income rates.

So, for my trust fund friend, the traditional IRA makes no sense.  You are "saving" maybe 15% in taxes, only to pay it later on, when you retire, at 35% or more.  And she's taking out hundreds of thousands a year in retirement.  But for most of us, our earning years are also the years we are in the highest tax brackets and our retirement years are the years we are in the lowest tax brackets, which with deductions can end up being little or nothing in taxes.  For the vast majority of Americans, a Roth IRA makes no sense, whatsoever.

Bear in mind, however, that like with an IRA, there are limits to how much you can contribute to a Roth IRA.  It sort of ruins the fun, doesn't it?  I mean, a few grand a year isn't going to make you enough to retire on.  I was fortunate to have a 401(k) plan, which allowed us to contribute far more.

Which brings up another point.  That $7500 I avoided in taxes when I contributed that thirty grand to my IRA and 401(k) (over several years) was put to work for me as part of that investment.   On the other hand, the $900 I paid in State and Federal Taxes, thirty years later, in retirement, was worth maybe a hundred and fifty bucks when I contributed that money.   A tax deferred is a tax denied.

And one more thing - the only taxes you are saving are on the gains you make in the Roth IRA.  If you put that same money into an ordinary savings account (stocks or mutual funds or whatever) you are only taxed on the gains you make.  So if you put $10,000 in a mutual fund and it is worth $15,000 when you retire, you pay taxes only on the $5,000, which at a 15% marginal rate (that I am in) is $750 in taxes (but with standard deduction, much less than that!).   The Roth IRA would save you that $750 bucks.  That's it.  You save taxes on the gains only, you pay ordinary income taxes on the principal.

So why all the FOMO about Roth IRAs?  Why do people put up YouTube channels about them, or do postings or articles?  It is the same old thing - unconventional advice sells, even if it makes no sense at all.  And I've seen people get that "true believer" look in their eyes, convinced that having a "tax-free" retirement is worth giving up a hefty deduction today.

So relax.  You didn't miss some lucrative government gravy train by not setting up a Roth IRA.  If you did this in addition to maxing out your 401(k) contribution and maxing out your IRA contribution,then good for you.  On the other hand, if you did go out and set one up (no doubt goaded by a "financial advisor") you may have missed the boat, if you did this instead of contributing that same amount of money to a conventional IRA or 401(k) or SIMPLE IRA or whatever. And it goes without saying that if you enter retirement with no savings and a mountain of debt, well, the boat left you at the dock ages ago.

Taxes for the elderly are often trivial. As I noted before, when I hit 66, my school tax - $2000 a year - will go away.  This is double what I am paying in income taxes.  And when I hit 70 and start collecting Social Security, this will be untaxed as well. Throw in the senior coffee, and life is pretty sweet!

A reader writes asking about this - tax rates in different States and different kinds of taxes.  For example, I have mentioned that Florida taxes are kind of insane.  One reason we sold our condos in Pompano (besides being able to double our money on them) was that the tax bill came, and we were re-assessed at the sales price.  Since we were not "homesteaded" (these were investment properties) we had to pay the full boat on the taxes, which would increase every year.  And since there was no income tax in Florida, real estate tax rates, particularly in more crowded jurisdictions, could be quite staggering - in the thousands, even tens of thousands a year, even for what used to be considered a modest home.

But perhaps Florida's allergy to income taxes isn't driven by Libertarian largess, but rather by the knowledge that retirees pay little income tax anyway, so real estate taxes are a neat way to zing those New Yorkers who want only a winter home.  Florida is that way - very protective of its own.  You can't "waive in" to the State Bar there, as every New York lawyer would do so when they retire, and put the locals out of business.  You have to take the bar exam, and no 60-year-old wants to go through that again!

So it pays to figure these things out before you retire.  What amazes me is how some people stay in high-tax States with crummy weather, rather than looking elsewhere.  I am not saying Georgia is the answer, nor Florida.   You have to crank the numbers for yourself and your situation and figure it out.

But if you didn't set up a Roth IRA, don't sweat it.  Chances are, it isn't going to be of much advantage to you, particularly if you are not contributing all you should to your 401(k) or IRA.  For me, it made no sense whatsoever.  I suppose I could have tossed a few bucks of after-tax money into it and saved a few dollars in income tax when I took it out.  But having retired at an early age, the idea of locking up that money (the gains, anyway) until I was age 59-1/2 kind of scared me.  Turns out, I needed some of that money before then.

Something else to think about!