What the Hell Happened to Netflix? 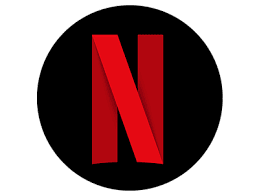 Once the go-to place for streaming movies and shows, Netflix is getting to be a shallow wading pool.

My experiment with the hot spot continues.  I got Netflix to work on the Chromebook by mirroring the screen to our old Sharp television, rather than using extended screen.  I guess Netflix doesn't want you connecting a projector to your laptop and showing movies for money or something.  But it works with mirror screen, so go Figure.

Again, we sign up for one streaming service, look it over and then cancel it before the month is out.  And it has been a month or more since we cancelled Disney+ after signing up to watch the mostly disappointing Book of Boba Fett.  For some reason, it wasn't as compelling as The Mandalorian and is it just me, or is Amy Sedaris a really bad actress?  Her method of acting is shouting at the camera, it seems.

So I thought I would give Netflix another look-over.  For some reason Mark's account was wiped out and we had to re-sign-up again.  The price is now $9.99 a month and you can't see what's on the site before you sign up - the classic "sealed box auction" gag.  Well, for $9.99 I found out they have old episodes of Seinfeld and not much else.  Everything on there is either stuff we already saw or things we don't want to see.

Even "series" we like, I no longer like.  "Kim's Convenience" was cute for the first three seasons, but jumped the shark when "Kim-Chee" became the assistant manager of "Handy Car Rental".   I kind of lost interest after a while.  This same effect is true with any television series - it peters out after two or three seasons and the networks continue to flog it as a money machine after that.  Maybe one reason the original Star Trek was considered so great was that they cancelled it before it sucked too badly.  Even so, that last season...

Oh, and the interface has been changed yet again, and it sucks even more.  You can't see ratings on videos (that went away two iterations ago) and you can't even see a decent discription of the program without clicking on it.  Plus, they harp on "downloading" rather than streaming.  What's up with that?  It that cheaper for them?  My laptop might download a video, but the Chromebook won't.  Well, it will, it just doesn't have the codec to play it back with.

So I am not sure we will find much to watch on Netflix.  There is some sort of Leonardo DiCaprio (boy did he gain weight!) movie called "Don't Look Up" and I started to watch it, but I kind of felt it was hokey.  What else is there?  I mean, things not based on a comic book, a reality show from the UK, or some soap-opera type series.

Again, maybe just consuming less media is more.  In fact, I am beginning to believe that consuming media of any sort is bad for your mental health, whether it is doom-scrolling your phone, watching mindless television shows, going to hyped movies based on comic books (full of product placement) or reading click-bait newspapers and magazines online.  It all just fills your mind with dread and paranoia.  Everything is bad - that is the message of the media.  I guess it is true, the media is the message and the media sucks.

I have a month to dig through Netflix again, so I'll give it a go.  And by the way, it streamed flawlessly with the 4G hotspot, although at 480p (Netflix has three levels of signup, and $9.99 only gets you 480p).  Quite frankly, the honeymoon is over with streaming. We started nearly a decade ago and it was fun.  Today, well they are advertising that streaming "is the new cable!" as if that was a good thing.  It is the epitaph of streaming services.

On the other hand, it is funny but if you want to watch a movie - even a fairly "new release" you can still buy DVDs or borrow them from the local library or find them at garage sales or at the thrift shop for a dollar (!).  Maybe it is "obsolete" technology, but it still works and it's very low cost.  For the cost of watching older movies on Netflix for one month, I can buy ten movies from Goodwill.  And when I am done watching them, I can sell them at my garage sale for what I paid for them.  Um, so that's basically free, right?

No doubt, they will put an end to that, soon.  I suspect in the next few years, they will stop releasing movies and other content on DVDs or Blu-Ray (whatever happened to Blu-Ray, anyway?) as a means of controlling us further.

Joke's on them - we always have that one most powerful weapon up our sleeves - to choose not to consume!