Smarten Up, Dumbing Down 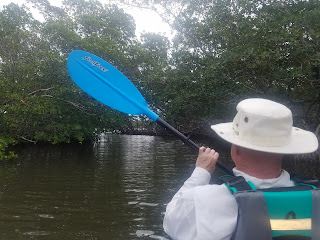 Choose your friends wisely, my Mother always said.  I realize years later what she meant.

Social anxiety is a real thing and even if you don't think it affects you, it does.  Maybe you've noticed this effect, after going to a party or event and seeing and talking to a dozen or more people.  You come home and you are exhausted by the weight of it.  But you assume it was just too many glasses of cheap wine or something and shrug it off.

Others, well, they know firsthand about crippling social anxiety and find it hard to even leave home without having a panic attack.  But people figure out ways to survive. When I was at GM, they had me work in the model shop, where the tool & die makers made parts for machines to make parts.  I "shadowed" a foreman for a week and it was an educational experience as he had a different way of cajoling and dealing with each employee.  Some needed little more than a blueprint and a due date and they were off on their own without supervision.  Others required constant grooming to insure they felt needed and wanted and would get the work done.

Then there was this one guy.  He was a sweet guy in fact, but shy as all get out.  We went over to his work station and the foreman said, "Watch this - he'll go and hide!"  And sure enough, when we got to his station by a big lathe, he was gone - as if he had evaporated.  The foreman explained that since I was new, he was afraid of me.  "Half the time he runs away when I come around!" he said.  It was like trying to befriend a feral cat.  I am happy to say that he ended up liking me - much to the foreman's surprise - and didn't run away when I was around.  But it illustrates how people can have high social anxiety but still be functional in society after a fashion.  They tolerated his idiosyncrasies because he was an excellent machinist.  Of course, having such idiosyncrasies makes it harder to advance in the world.

We all have these social anxieties to one extent or another, so just get over that.  In fact, the person who is the most gregarious in a group setting might be the one with the highest social anxiety - his false bravado is just a cover-up for insecurity.  The quiet person in the corner, taking it all in, might be the least stressed.  You never know.

One problem with engaging with other people is the level of discourse, intelligence, and social status.  It is a lot easier to engage with people of your same age, race, social group, economic level, intelligence level, and educational background.  We feel awkward being around someone smarter than ourselves or someone wealthier.  We feel even more awkward being around someone poorer or less educated.  We build up these walls of isolation and perception that prevent us from interacting.

For example, people ask me what I do (or used to do) for a living and when they hear I was a lawyer, it creates this tension.  Because everyone hates lawyers, of course, and not only that, they think you are some smart guy or a rich guy or a smart rich guy, and that gets in the way of things.  Of course, I am neither smart or rich, just lucky and very, very determined and fortunate enough to have someone who supports me physically and emotionally.  But you try to explain that to people and it falls on deaf ears.  Obviously I am some sort of white-shoe Park Avenue lawyer worth billions.  Sad fact is, today most lawyers are middle-class at best - and perhaps this was always the case.

There is another aspect to this which is a bit more disturbing, particularly when we examine our own motives in life.  It is a lot easier to hang out with people who are not quite as bright as you are, or of a lower social caste or lower income, as it makes you feel more confident and superior.  It is not a healthy thing.

I recounted before about a guy in my high school who killed a young girl in a DUI accident, the day before her wedding.  As she bled out on the pavement, he ran away.  We were all pretty appalled and disgusted by his behavior.  But rather than move across country and start a new life, he hung around my home town, befriending teenagers in the local high school (easy to do when you are buying them beer and selling them pot).  The local teens thought the was "cool" as he had his own apartment and a car and of course, was older.  And in every small town (and big city) there are guys like this (and gals, too) who make themselves feel big by hanging out with the small.  It ain't healthy.

I recounted also before that when I was 25 years old, I had an epiphany and gave up drugs and alcohol and went back to school full-time.  I was hanging out with friends who were going nowhere fast - just getting shitfaced every day and doing drugs all night long.  Some came from money and didn't have to work.  Others came from the upper middle-class and were working their way down like they were on a slide at the water park.  I had to break it off with them when one friend got into cocaine and underage girls, while a couple of others were encouraging me to try this "cool new drug!" called "rock" cocaine (before it was known as crack).  I was fortunate to move on - and move away - from that.

But the more I thought about it, I realized that the reason I hung out with those guys (and gals) in addition to the mutual drug use, was that I guess I felt more comfortable being around people who were basically losers in life.   When I compared my life to theirs, well, I looked pretty good, even if I was also circling the drain.

David Sedaris mentioned this effect in one of his short stories which might actually be based on real events.  He recalls visiting his drug dealer in a dilapidated mobile home, and sitting on a bong-water stained couch while the dealer's girlfriend asked him to "pass me the [n-word]" referring to the remote control for the TV because "it was black and it did what you told it to".   He sort of had an epiphany that drug use was taking him to some strange places - far from the safe middle-class suburban enclaves of Raleigh, North Carolina.

Of course, this is not to say you should seek out MENSA members as friends.  The comment my mother made about "choosing friends" is sort of shallow in that not only do you choose friends, they choose you.  So you can't select a friend if they don't want to be friends with you. In fact, trying to do so can be disastrous - ask any young women who tried to get in with "the mean girls" in school.  They will keep you around just for amusement, and abuse you.

No, you have to find common interests and a common level of understanding.  It is hard to befriend someone whose moral, political, and spiritual views are so radically different than your own - unless you have something else in common.  And even then, you just sort of agree-to-disagree about those other issues - something that seems to be lost on people these days.

I have friends who are far smarter than I am and have talents that amaze me.  I kind of feel like a blithering idiot sometimes, when I am around them.  On the other hand, Mark says that I intimidate other people sometimes by downloading reams of data on them, uninvited.  I like to talk about things, discuss things, think about things.  Others are more content to discuss the latest episode of their favorite reality show.  I guess we will never see eye-to-eye.

It is funny, but some folks think that having a higher social status is a good thing, a desirable thing, and something to strive for. My parents were that way - classic "Strivers" who wanted to get ahead in the world, and be accepted by "polite society" and the folks in the Country Club, as was typical of their generation.  Sadly, a lot of the folks in the Country Club are dullards who got ahead in the world not through intellect, but through chicanery and sharp practice.  In fact, intellectuals seem to be too smart for their own good, which is why they usually are decrying the antics of the rich.  How on Earth did that idiot become a Billionaire?  I'm smarter than him and I'm living paycheck-to-paycheck!  The question has the answer built-in to it - rich people often aren't very bright, they are just ambitious and have no qualms about exploiting their fellow man.  And no, they don't want to hang around with some whiny academic liberal who will harangue them about their moral failings- they want to hang with fellow "entrepreneurs" and joke about screwing the last cent out of some minimum-wage slob.  Nice folks!

OK, so I have digressed here, a lot.  I am not sure what the point of this was, other than I realized late last night that the reason I hung out with my drug friends, back in the day, was a pretty odious reason.  They didn't make me feel stupid or weak, but quite the opposite - I felt like I was just a slight notch above them at the time, and that was a pretty cheap feeling.  I wasn't being challenged at all by hanging with people like that.  In fact, I was just lording over them.  And that was pretty sick thinking.

I haven't heard nor seen my drug buddies in nearly 40 years.  I read online that one fellow, who came from a rich family, finally inherited his parents' house when his Mother passed away.  He still lives there (according to the databases online) - the same house he has lived in since he was a week old.  Another friend, who was into cocaine, has fallen off the map.  I drove by his house one day, in Syracuse, and it was a vacant lot.  Insurance fire?  Who knows?   Yet another ended up getting divorced, which was probably for the best - he was doing drugs in front of his 3-year-old daughter and also having affairs with young women while his kid was in the house.  Nice.  Why was I hanging out with him again?  Oh, right, drugs.

I had to move on and move away, not because I was "better" than they were - indeed, we are all damaged goods in God's eyes - but because I needed to look out for my own future, my own safety, and my own sanity.  I didn't have a house to inherit like my one friend did.

In retrospect, that decade (plus) of drug abuse was a major detour in my life. While I guess in retrospect I can say I learned a few lessons from it, they were indeed painful lessons.  And I don't look back at those years with fond memories.  I can't block out those memories, either.

So yea, choose your friends wisely. And sometimes it is better to have no friends at all than to have bad friends.  But the most important thing I have learned in sixty years?  All you need in life is one really, really good friend.