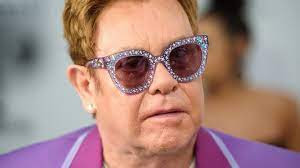 Some people make a lot more money than others. Why is this? In some instances people complain this is unfair but in others they claim it is entirely justified. Why is this?

Sir Elton John is worth tens hundreds of millions of dollars and gets paid millions a year to perform and record albums, not to mention the royalties from his existing records. Meanwhile, down at the local bar, the guy playing the piano maybe makes 50 bucks a night in tips. Is that fair?

John Travolta gets paid millions to make just one movie - and can afford to own his own 707 jet.  Meanwhile, the guy down at the local community theater makes peanuts - and has to sweep up the auditorium after each performance.  Is that fair?

Shaquille O'Neal was a star basketball player, and made millions of dollars playing a game. He also received millions more for endorsing products.  Meanwhile, some kid down in the hood is shooting hoops with his buddies and not getting paid anything. Even if he is successful at the game, the best he can hope for perhaps is to get a scholarship to an NCAA college. The likelihood of him becoming a basketball superstar is slim. Is that fair?

At the multinational conglomerate, the CEO makes millions of dollars a year. Not only that, he has a golden parachute pension plan that would be invoked if he ever is fired. Plus, he has a company car and the use of a company jet. Meanwhile the guy at the assembly line barely makes enough to get by. Is that fair?

What's interesting about these four scenarios is that they largely have the same mechanism in common. They rely upon a stream of income from thousands, if not millions, of people who each pay a small amount to a company or organization which, in turn, rewards the person at the top with millions of dollars in salary.

What is interesting to me is that many on the left would argue that Sir Elton John and Shaquille O'Neal and even John Travolta deserve the millions of dollars they have earned over the years while the CEO of a corporation is merely a robber baron who is screwing the poor worker out of this last dime.

And maybe there is a nugget of truth to that, or maybe not. I noted before how the rise of recorded music created the musical superstar. Prior to the invention of the gramophone, if you wanted to hear music you had to go hear somebody play it. In every small town and hamlet, there was a local band or orchestra or somebody playing the fiddle and plucking out a tune. Every small town had a bandstand at the turn of the century, and Philip Sousa marches were quite popular.

But then came the record player, and suddenly everyone could listen to the same artist at the same time. Prior to that, there were very few superstar musical artists, except perhaps Jenny Lind the so-called "Swedish Nightingale." But even then you had to travel somewhere to see her on her American tour.

And most actors, back in the day, didn't make obscene amounts of money, mostly because they could only be seen by the audience in the theater during a live performance. We visited the former home of  Joseph Jefferson near Avery Island, Louisiana.  He became famous for playing Rip Van Winkle in the 1800's and became somewhat wealthy.  But his example was few and far between.  Today, one performance by an actor can be seen by millions - maybe billions - of people and they are paid commensurately.

The corporate structure of the music industry or the movie industry – and they are industries – is really no different than any other manufacturing industry for automobiles or smartphones or computers or whatever. You have one huge company that controls a big portion of the market and promotes and develops new products. Millions of people subscribe or pay money for these products which generates a lot of income - and a lot of profit for the few people at the very top of the pyramid.  The sports industry is the exact same way.  Millions for those on top, but the guy selling hot dogs at Shea Stadium isn't making jack.

Popular musicians, actors, and athletes can hold out for enormous sums of money if they can rightfully argue that the entire operation can't exist without their input.  The law of supply-and-demand kicks in. There's a very small supply of superstars and celebrities and star athletes, and thus they can command high prices in the marketplace. Very few people argue this is unfair.  After all, this is the fantasy everyone secretly has in life - to be the "little guy" who makes it big.  But only a tiny fraction of a percentage of people ever become famous, despite what Andy Warhol said.

Sure, some people grouse that these athletes or coaches are overpaid, but they still cough up the ticket price for the big game or watch it on television. Similarly, music fans will cough up big prices for concert tickets and complain about the cost, but usually they end up blaming Ticketmaster rather than the artist in question. People whine that the latest "franchise" film of a comic book costs too much to see - but they go anyway, and dress up as the main character at a "Cosplay" event at Comicon or whatever.  People willingly empty their wallets for sports, music, and movies, and never complain one bit.

But the guy running the company they work for?  Fuck him.  Yea.

Somehow we think that officers of a corporation are different. And maybe perhaps they are. Some have criticized the incestuous nature of the corporate world, where the board of directors meets in private to discuss the salary of the CEO after politely asking him to leave the room. The board then offers themselves a raise as well. Is the law of supply-and-demand kicking in here or is this just plain corruption?

It's an interesting question, because there is competition in the marketplace. There are a number of people who could qualify as CEOs or COOs or CFOs or serve as board members.  And one would think that the shareholders of a company would seek out the lowest cost alternative rather than pay tens of millions of dollars for executive talent. Or perhaps, those shareholders are recognizing the value in that executive talent just as the music fan or the movie fan or the sports fan recognizes talent in their stars.

Prior to the invention of the phonograph record, there were a few musical superstars - and prior to the invention of the multinational corporation, they were few corporate superstars. When most commerce took place among small companies interacting with each other, the wages for top executives were fairly low because the income each business received was somewhat small. The rise of the mega-corporation created mega-salaries for people at the top, just as the rise of celebrity movie stars, music stars, and sports stars corresponded to the creation of the money-making machine (radio, movies, television) that allowed a selected few to demand very high salaries. It is, in a way, one and the same machine.

I'm not sure I have an answer to this conundrum, only that I am observing it. It is interesting to me that for some reason we feel we have the right to criticize the salaries of superstar corporate executives, but not criticize the salaries of superstar musicians, actors, or athletes.  We all want to hate on Jeff Bezos or Mark Zuckerberg or Elon Musk or Bill Gates, and perhaps they deserve such reprobation. But on the other hand, we keep buying their products.  You can't criticize Bezos while being a Prime member or reading the Washington Post. You can't criticize Musk while simultaneously admiring his rockets or lusting after one of his electric automobiles.  And despite its multitude of flaws, Windows remains the most popular operating system in the world, at least for now.

But of course, things can change over time. Star athletes eventually lose their skills, often after just a few short years. Rock stars cut one or two good albums and then fade into obscurity - few stick around for the ages. Movie stars make just one or two box office bombs and their careers are over. Similarly, corporate executives make one or two missteps and they fade to oblivion. In all four cases, they claim to be "stepping back to spend more time with their family."

Perhaps I am somewhat strange, but that's one reason why I don't follow professional sports that closely nor do I idolize movie stars or rock stars that much. Those people are making scandalous amounts of money and some of their music or entertainment or athletic abilities are indeed spectacular. But on the other hand, I don't feel the need to throw tons of money in their direction. We recently received an invitation to buy concert tickets to see James Taylor in an arena in Jacksonville. The cheapest seats were $200 apiece and Mark and I just looked at each other and said, "Well he was good back in the day, but not worth $400 to see the fossilized leftover version."

And similarly, one reason I'm still using Windows 7 Ultimate is that I don't want to spend more money on shabby Microsoft products. And for the similar reason I'm not a Prime member with Amazon, and Amazon is usually my last choice of merchant when I'm shopping online – mostly because I find better bargains and better prices elsewhere. That's the problem with superstars - they command superstar prices.  And maybe it is we who create these superstars - even executive superstars.  But that is the subject for my next posting.

And no, I don't read The Washington Post, either. And while someday maybe I will buy an electric car, chances are it won't be at Tesla. By the time I'm ready for that market, they'll be a choice from a multitude of manufacturers offering electric vehicles, and I would prefer to have one that has an established network of service centers as well as lower prices.  By that time a Tesla might be out of business – who knows?

But it seems funny to me that people complain about income inequality in certain situations, but not in others. In the corporate world, leftists argue that greedy executives are taking money away from low-level employees. But nobody complains about superstar athletes or musicians or movie stars taking money away from ordinary people in terms of higher ticket prices – do they?

And yet the net effect is the same.