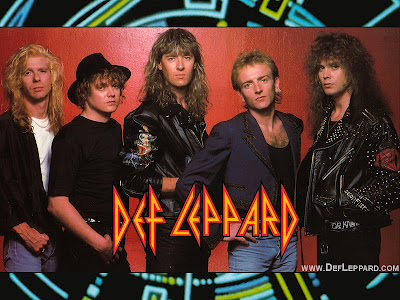 The music industry is probably the first serious marketing exploit that most young people interact with.  The Music business takes talentless hacks, packages them into a salable commodity based on emotional hooks and posturing, and the sells it to kids, at a huge mark-up.  It is only years later, if ever, that most people realize they were snookered.


The Music Industry is an oxymoron.  Music is art, not an industry, and when someone takes art and makes it commercial, in general their intentions are not good.  They are taking something that is basically free or inexpensive, and hyping the price into the stratosphere.

Mankind has always had an affinity to music, which seems to calm the brain and encourage creativity.  But until fairly recently, not many people made much money in the music "business." Early composers never made very much - Mozart died broke and was buried in a pauper's grave. Musical performers were usually itinerant and traveled from town to town, hoping to play a few gigs and get fed and maybe a few coins.  You never let your daughter marry a musician.  The Rock Star, as we know it, did not exist.

The emergence of mass media, first in the form of the Victrola (record player) and later in the form of radio, lead to the establishment of major bands, singers, performers, record companies and record labels.  Prior to that time, if you wanted to hear music, well, you pretty much had to learn a musical instrument and then play it.  Music was home-grown and home-made.  Perhaps a few superstars existed - such as Jenny Lind, "The Swedish Nightingale" who was heavily promoted by P.T. Barnum.  But most music was local and homegrown, before the emergence of media.

But by the 1930's, musical superstars were emerging, as a single performer could perform for millions at a time, over the radio, and sell millions of copies of his songs, via records.  Prior to that time, a performer could hope, at best, to sing to a few hundred at a time, at most, and maybe a few thousand, over a year.

And early on, the record companies realized that the largest audience for their product was young people.  The dawn of the youth culture was emerging, and an entire generation defined itself by the music it listened to - music that often annoyed their parents, which often was the point.  Jazz and Big Band music seemed modern and hip.  And one way to be "with it" with your peers was to be sure to select the same popular songs they liked as well.

But another trend emerged early on.  Despite being an aural media, the music business is very visual as well.  Successful music acts, even back then, had compelling stories behind them or charismatic band leaders.  Bobbysoxers went nuts over a young Frank Sinatra not only because of his golden voice (or in spite of it) but because of his exuberant sex appeal.  That is why they screamed so loudly - 30 years before the Beatles.

After World War II, the process accelerated.  A new generation of even more affluent youth was arising, with more money to spend on music, and a need for even more compelling imagery and posturing.  Rock and Roll became the music of rebellious youth, and Elvis, like Sinatra before him, found he could sell 45's by swinging his hips just so.

The process only accelerated into the 1960's and 1970's.  Kids quickly identified themselves with rock groups, starting often in grade school.  And whether you liked the Beatles or the Monkees said volumes about who you were.  Not surprisingly, both had television shows - the Monkees a sitcom, and the Beatles a Saturday morning cartoon show.

Despite the inherent visual nature of music, the "industry" would not catch on to this aspect for another 20 years, when music videos came onto the scene.  Prior to that time, rare guest appearances on "American Band Stand" and "Soul Train" as well as the "Ed Sullivan Show" meant that most rock fans saw their favorite stars only at live concerts or in the album art.

And many trace the decline of the music business to the introduction of online music sharing or the iPod.  But I think the CD is the real start of the decline.  Large format LP albums allowed for large format artwork, particularly in double-albums or albums with page inserts or liner notes.  Fans could get a good look at their favorite band, along with the outrageous costumes and de rigeur posturing, all carefully designed to appeal to deep psychological needs of teens.

Sexuality sells, of course, and even sexual ambiguity sells, hence the popularity of the "Glam Rock" era as well as many songs which celebrate androgyny or sexual confusion (Lo, lo, lo, Lo-la!).   Tied right in with this are, of course death images (skulls and the like) as well as the whiff of danger and violence.  It is a potent incense that appeals to the teen spirit, and sells like hotcakes.  The music is often only secondary.

Without the large format of the album cover, it was harder to sell music based on image.  But MTV did come to the rescue - at least for a while.  Music videos sold the imagery of music much more effectively than album art.  And if you close your eyes, you can see, in your head, snippets of a Michael Jackson video, as I type this.  It was compelling imagery and a powerful "hook."

But alas, video did not kill the radio star - reality television did.   For some reason, MTV decided that music videos were so-last-year and switched to reality shows.  And this is a shame - for the music business - as music videos sold a lot of records.  Kids need to be told which records to buy, and today, there is no mechanism for doing so.

How do the kids find the stars today?  Reality TeeVee.  Shows like "America's Idol" end up creating pop stars, who go on to sell platinum albums - mostly singing the same old standards from 1930 until today, but with these weird warbling voices.  The industry is eating itself, at this point.

But the main reason for the decline of the music industry is that our population is getting older, and many of us look back on our rock and roll days and cringe.  We used to think that band was good?  We listen to it today and scratch our heads.  It seemed good at the time.  But then we realize that we bought into not the music, but the posturing and the package being sold - and emotional package, not a musical one.

The few songs still popular from that era are still being sold to us, on a different emotional level, nostalgia.  I recently was roofing a house with a neighbor and was listening to the "same old oldies" station, which plays "Brown Eyed Girl" twice an hour.  With each song, my friend had a story about growing up in Connecticut, dating some girl, or making it to second base in the back seat of his '62 Chevy.  The music still sells - and still has great emotional hooks.

The image above is of Def Leppard, the band who ruined my love of Rock and Roll.  When this band hit it big, I was just reaching that age where playing music all the time didn't seem as important to me as it had just a few years previously.  Newer bands were coming on the scene, and the music they played sounded, well, like crap.  A friend told me that at the local radio station where he worked, the Def Leppard records were hyped by the station owner, who was paid by the local record promoter - in cocaine - to make sure they got air play.

And they did, and I am sure that some kids listened to the music - and more importantly saw the images of the pouty and sexually dangerous rock stars (who for some odd reason, in the image above, appear to be three middle-aged men about to sodomize two teenaged boys) and thought, "Yea, man!  Rock On!" and went out to buy the album, the t-shirt, the concert tickets, and the whole package of crap that goes with it.

One could ague that the Internet and/or YouTube are going to revolutionize the music business.  And I think they will.  But what will revive the business is not postage-stamp size album art on iPods, but the music videos on YouTube that once again allow a band to sell its imagery, not just the music.

And today, as in years past, imagery sells.  Whether it is the dangerous and sexual "gansta" of the rap world, or the moody and depressed (and sexually ambiguous) "Emo" grunge-look dirge band, the effect is the same.  Image sells.  No one buys music in the abstract, and perhaps they never did.

And that is the deal right there - music is all about marketing.  And marketing is all about selling to you emotionally, not logically.  A logical argument to buy music would be "Hey, this is good music" - but that rarely carries the day.  What sells is, "Hey, this is one bad-ass rap star" or "The drummer is on Heroin".

I realized this the other day in an antique store.  The proprietor was playing (on his iPod) a vocalist that sounded familiar.  I asked him who it was, and he said "Amy Winehouse."  Now, for most folks, Amy Winehouse was a troubled bad-girl drug-user (a popular image) who died too young (a popular trope) who wrote a song about going into rehab.  Or not going - whatever.

And that is the image the media sells, because image sells albums.  But she did do a small body of impressive work outside of the pop song genre.  But alas, those songs rarely get airplay.  Because people want to hear the bad-ass rehab song.  Marketing.  Posturing.  Selling emotions.

So, it is hard for me to take the music industry seriously anymore, mostly because they don't sell music, they sell a set of pre-made adolescent attitudes that you are supposed to try on and wear like a suit of clothes.  And increasingly, people are wearing these suits of emotions which are wildly inappropriate for their own lives - the suburban white teen, for example, who listens to hard-core rap and wears his pants down so his underwear shows.  It is a ridiculous set of values to adopt, and arguably a very harmful set as well.

And I guess what cracks me up about that sort of thing is that when you question them about it, they say, "Well, I'm just trying to express myself and be an individual!"  But being an individual doesn't mean copying, or more correctly, purchasing a persona off-the-shelf, particularly one identical to millions of others.  That is not expression or individualism, but just being a Lemming.

And unfortunately, that is what the "music industry" sells - far more than just music.
Newer Post Older Post Home