Why Your Dirty Little Secret Isn't. 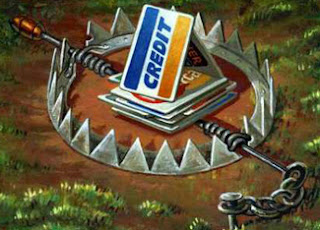 1. It means, don't be ashamed to be human, and to make mistakes.  It happens.

2.  And if you are young and yet to make huge mistakes, don't assume you are immune.  Every Wunderkind has a massive failure ahead of them, which is why I always say, "fail early, fail often."

3.  LEARN from mistakes - it the best thing you can salvage from them.

4.  Don't repeat mistakes again and again.  Don't assume that the next new car deal will be better or "this time for sure!" you've found the perfect credit card - or MLM scheme.

5.  TELL OTHERS - it is embarrassing, yes, but it is also a sign of courage, when you can lay bare you own misdeeds and warn others about it.  They may thank you for it later.  Or they may ridicule you and call you a fool.  Don't sweat it.  Most fools are lauded as visionaries, and most intelligent people are called fools - at least initially.

Because, when you get right down to it, your Dirty Little Secrets are hardly dirty, hardly little, and should not be kept secret.
* Once you have learned credit card responsibility (zero balance, check balance daily, pay off balance daily) it pays to have a second, low-rate card, particularly if you travel a lot.  Shit happens, as they say, and if your card is compromised, you need a backup.  Make sure your spouse has credit in their own name, too!
Newer Post Older Post Home