Choosing to Save is More Important Than How You Invest 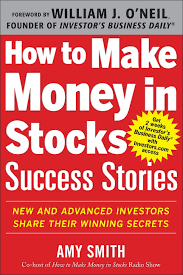 How many people do you know who make a fortune in the Stock Market?  Chances are, few to none.  For average consumers, choosing to save is more important than investment strategy.  But guess what the television hypes?  Yea, investment strategy.
Watching TeeVee is bad for you.  On the investment shows, we are constantly sold the idea - over and over again - that if only you buy the right stocks or mutual funds or other investment vehicles, you will end up rich, rich, rich!  Saving money and investing in rational things?  Only chumps do that!  No, no, the secret to success, they claim, is to throw small sums of money at speculative things that someone is hyping.   You lose a little at a time, but never acquire any real wealth.
Every financial channel and show touts the Dow and the market prices, and downplays dividends and earnings. Even American Public Media's Marketplace follows the Dow dogmatically, dramatically playing "we're in the money" when it goes up a few points, and "Stormy Weather" when it drops - as if the daily fluctuation of prices actually meant anything, and was not in fact the background noise in a control system.
But think about what they are selling.  How many people do you know - or even heard of - have made a fortune by investing in stocks?  Not many.  Warren Buffet, perhaps.  Donald Trump?  He just plays a rich guy on television.
The sad fact is, the odds of you getting rich on stocks are nil.   The best you can hope for is to make a little better rate of return than average.
Yet, there is a lot of money to be made in selling the other message - the casino mentality message.  Here on the island, I was shocked to hear from some retirees that they had bought into a 'day trading system' and that they would spend all day long on the computer buying and selling the same stocks in the same day.
Did they make money?  No, many of them lost tens of thousands of dollars.   It was sad to watch.   They bought into the idea that riches would abound - without real work - if only you played the game.
Wrong answer.
The financial pages, programs, and channels never talk about how to save money.  And this is where it gets hard.  As I mentioned in an earlier post, I talked with a financial adviser once as a youth, and his only advice to me was that he could "start an account" with $5000.  My question was, how do I accumulate $5000?
I mean, that is the real trick, ain't it?  When you are 25 years old, starting out, with bills to pay, how do you accumulate wealth?
The answer is to have a plan to save and start it as early as possible.   Choosing to save is far more important than any investment strategy.   And if you establish a workable, reasonable plan, you will end up far better off than the guy who follows the financial channel or goes out and buys $500 worth of gold.
How do you establish such a plan?  Well, sit down and figure out where you want to be in 5, 10, 15, 30 years.  You know, they ask that at job interviews, and it is a telling question - it tells the employer whether the person they are talking to is serious or not - or just some kid looking for more beer money.
Where do you want to be in 5, 10, 15, or 30 years?  In debt with a lot of fancy crap?  Or building up your net worth over time?  The choice is yours - at any income level.
And the secret - which is no secret - is to put away a little money, over time.  Just a few dollars a week adds up, over time.
And investment strategy?  The best you can do is diversify and not bet it all on one thing - like the financial channels tell you to do.
Your 401(k) and other "automatic" savings plans are good ways of putting aside a little money at a time without your noticing it.  Start out small and work your way up.  Budget the amount, so you don't end up cancelling the plan - or worse, cashing it in - as you become cash-poor.
Owning a home can be a good deal if the price is right, you plan on staying in one place, and the mortgage terms are reasonable.  Over time, you can accumulate equity this way - and in many places in the US, homes are now again reasonable in price and interest rates at an all-time low.
But that doesn't mean go out and buy an overpriced home on bad terms.  Never!  Just because buying a home can be a good idea doesn't mean that it always is.  Ask anyone who bought a condo in Las Vegas about four years ago....
And avoid the temptation to refinance, again and again, taking "cash out" of a home to spend.   You are spending phantom equity, and you have to pay it back.
Having a long-term financial plan is far more important than "watching the market" - and yet most people do the latter, convinced they will make their money this way.
The reality is, most folks retire with the money they saved, perhaps doubling it, with interest.  And the fellow who followed the shouting guy or the guy in the clown suit?  He usually ends up losing it all,  living on Social Security, and is bitter and angry at the government.
The choice is yours.  Establish a plan.  Maybe it won't work out quite the way you expect, but it is better than having no plan at all - or hoping to "win big" someday.
And when you go to that job interview and they ask you, "Where do you see yourself five years from now?" you have an answer.
Newer Post Older Post Home