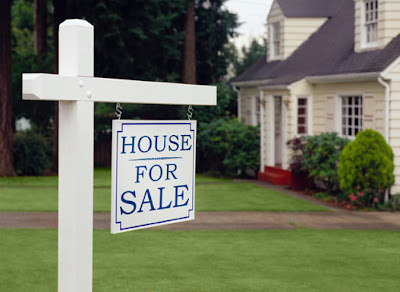 It never pays to rush into things, like buying a home or making an investment....

I am not sure I can provide advice, as each person's situation is unique, and for each piece of information with each question, there are maybe 10 pieces of information left out.  Without really understanding the whole picture, no one can give off-the-cuff advice.  This doesn't stop Suze Orman, of course!

So I can't really give advice, other than perhaps two basic things...

1.  Never rush into things:  You have time, and if someone pressures you into making an investment or buying a home or a car or whatever, just walk away.   Chances are, they are trying to get you to rush into something without thinking it through.  Trust me when I say that you are not missing a "great investment opportunity" and you won't be "priced out of the housing market" or "they didn't make many of these cars in that color!"

Opportunities to invest will always be there.  Houses - well, we know how that worked out.  And cars?  They come off an assembly line every minute.  Wait, there's another one - and in "that color" too!

So think these things through and make your decision after careful contemplation.  Don't feel you have to rush into investing money or buying a home.

2.  Let me tell you how I screwed this up:  I am not a financial guru, but rather, have made nearly every mistake you can possibly make.  I am lucky in that I survived, but I would be far wealthier than I am now, if I had not made some bonehead decisions in life - like cashing in a retirement plan at age 21 to buy a motorcycle.  Or refinancing a house to pay off credit cards.  Or feeling that I had to spend a windfall in a hurry, without taking six months or even a year, to figure out what would be best.

When we sold our house at 8033 Washington Road to a developer (a home, by the way, we had wasted a lot of money on, over-improving with home improvement projects), he gave us a wheelbarrow full of money.  We immediately set out to buy a home on a lake near Ithaca, New York.

The first mistake was not renting there for a year.   Not only would we have had a chance to really understand the area, the housing market and whether we would have liked it, we likely would have been able to buy a house for far less, once the bubble had fully burst.

But we felt that we had to have a house right away, and thus put ourselves at the mercy of sellers and Real Estate Agents - and this after being "in the business" for some time!  We thought we needed a big house for our furniture and cars and boat and junk.  Buying a house to put "stuff" in - pretty stupid, and yet many folks do this - buying 5-bedroom houses for two people, so they can have a place to put all their "stuff".  And I will elaborate on that in a newer post.

We also fell into the trap of buying in a foreign market and thinking prices were "cheap" compared to the Washington Market.  Yes, they were cheaper but you can easily overpay in a market like that, if you are not careful.

We also didn't think about the cost of ownership - particularly taxes, which topped $7000 after a few years.  We also over-improved that home, to the tune of over $100,000 in improvements (a spectacular barn with apartment, new mahogany deck, driveway, boiler room, front porch, etc. etc. etc.) and when we sold it, we walked away from that money.  Housing prices in that market (which was a market we did not understand) tended to stay flat.

And the irony was, at the time, we already had a condo in Florida and an office building with an apartment in Alexandria (as well as another condo).  It was not like we were about to become homeless or anything.  Hardly the case!

In retrospect, we wish only that we had taken our time and more carefully chosen a home up there, perhaps something much smaller and easier to maintain, with a far lower property tax and maintenance cost.  For what we lost on that home, we could have owned, outright, a nice camp.

And Liberal Ithaca turned out to be a nightmare.  Ithaca, New York is not a city.  It is two pizza shops and a convenience store located off the campus of Cornell University.  Only the idiots who live there think it is a city.  It is just an ugly sprawl of muffler shops and big-box stores.   No charming downtown, no interesting architecture.  Nothing.  And the property taxes are spectacular, as the college pays none, leaving the burden on the homeowners.   And since most of the homes are owned by slumlords who rent them to college students, the rents are high and the property values are staggering.  Living in a college town - or near a college town - can be problematic.

No, not a good place to live, I'm afraid.  And despite its liberal credentials, get a few miles out of town, and it is basically a little bit of Appalachia.  In retrospect, we would have been happier renting - or living in Vermont for the summers - or just about anywhere else, actually.

We would have realized that, if we had taken our time and thought more carefully before spending all that money on a house.

And a boat.  Yea, we decided to "treat ourselves" to a boat, and while we had fun with it, it cost $30,000 in depreciation and probably another $15,000 in repairs, storage fees, fuel and insurance.  Ouch.  Toys are fun, but they are expensive!

Sooooo..... Learn from my $100,000++ mistake!  Think things over carefully.  Visit a place where you might want to live.  Maybe rent for a year, until you understand local Real Estate values and can make an informed choice.  But whatever you do, don't feel rushed into anything.  And get a number of opinions and ideas before you invest - talk to more than one broker.   Don't put all your eggs in one basket.  Investing everything in one fund or one way, is rarely a good idea - in my book, anyway.

And don't do something silly like buy a boat - or a new car.  Or even a new hat.  An inheritance is a one-time deal, usually.  Invest it wisely.  It is tempting to say, "Gee, we're rich! let's get a new car and Chinese take-out!"  Bad idea.

It is just common sense, and yet we are all tempted to do the opposite, it seems - including me!

But if you are asking these questions, then you are doing the right thing and will probably do well.  The worst thing to do is to think, "I know what I am doing!" and then just proceed in a bull-headed manner.

And no one is perfect - as my example illustrates.  But at least we can try, right?  And we can learn from our own mistakes - or if we are really smart, from the mistakes of others.