Why Women are Hysterical but not Funny 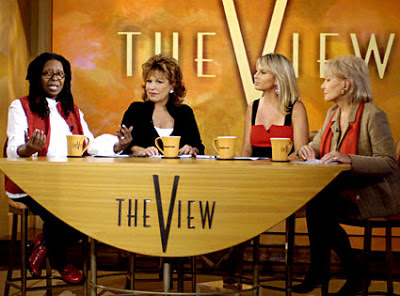 Watching this shit will make your brain melt and leak out of your ears.  Why do women aim such poor normative cues at each other?  Why do women lap them right up?


We are doing a sheet-rocking job for a neighbor who helped us build the studio.  All day long, the local "oldies radio" is playing, playing the same old songs, over and over again.  Brown-Eyed Girl, Girls Just Want to Have Fun, Desperado, Blondie, Elton John, and the occasional Disco tune thrown in.

The station is aimed at Women at work, and you can tell this from the music mix as well as the advertisements.  And the ads are all for bad bargains and in some instances, dangerous ones.  In one ad, they "interview" a local "doctor" who suggests that if you are over 40 and feeling tired and have low energy, then you may need to be taking hormones.  And if you take his hormones, you will start losing weight!  Because, he says, not having hormones causes you to gain weight.

It is the same old story - selling lies to people who desperately want to hear them.  If you are overweight and wake up tired and feeling like shit, look at your diet.  Chances are, it is loaded with carbohydrates - breads, sugars, starches.  If you are drinking soda pop or "sweet tea" or any other sugary drink past the age of 20, then you are on a water-park-slide to Type-2 Diabetes and leg amputation.  Just cut that shit out.

And the same is true for candy, ice cream, "coffee drinks" and other sugary things - as well as potato chips, mounds of pasta, huge piles of breads, etc.  The former should be an almost-never thing, and the latter should be in small portions.

Carbohydrates cause your blood sugar to soar and then crash, so you feel elated after eating, and then crash in to a mound of depression an hour later.  You try to get out of this with candy and a coffee drink, and the process repeats.  Do this for 20 years and you will be on dialysis.

Eat smaller portions and get more exercise and you will feel better and lose weight.  It is that simple - keep under 2000 calories a day and exercise  (walk a couple of miles) and you will be fit and trim.

But that is hard work, and it is a lot easier to engage in weak thinking and say, "Well my hormones make me fat" and then blame that - because it is outside of your control.  The real answer is, eating too much food makes you fat and there is no way around that.

Doctor Hormone is selling snake oil - and people buy it, as they want easy answers.  They don't want to hear, "Stop doing this" but rather "Keep doing what you are doing and then take a pill."

And screwing around with hormones is not something to take lightly.   As I noted before, Hormone Replacement Therapy (HRT) has been widely discredited and is now thought to be one factor behind the breast cancer epidemic of the 1970's and 1980's.  Get cancer and the pounds will literally melt off, but trust me when I say that is no good way to lose weight.

Who listens to this shit?  Who are these horribly bad normative cues targeted to?  Women.

Go to the checkout aisle of any supermarket and look at the "Women's Magazines" and the Tabloid periodicals.  They are chock full of poor normative cues - negative self-body images, wacky diet plans, as well as alarmist articles.  "Does your child have a learning disability?  These 10 signs will tell you for sure?"  or "How to know if HE is cheating!"  That sort of drivel.  And women lap this shit up and then feel rotten about themselves or convince themselves their home is full of radon or their kids have some esoteric disease.

Marge Simpson reads this magazine at the checkout - from the opening credits of the "Simpsons".

Snap on the daytime TeeVee and these same messages are pounded into your head by the talk shows.  It is all about panic and hysteria and losing weight and whether you kids are safe, or whether they are A.D.D., or whatever.

If you listen to this drivel long enough, you will start to believe it.  Women absorb so many poor normative cues on a daily basis - they become hysterical, and there is nothing funny about it.  And they, in turn, are enormously cruel to one another as well.

One of the oft-repeated topics in these "Women's Magazines" and the Ladies Daytime Talk shows is the topic of Men.  Men are no damn good, of course, and that is just a baseline assumption that is not even debated.  Finding a good man and keeping a good man are often topics of conversations or articles.  And when he is no damn good, or caught cheating, they all pat each other on the back and offer advice on how to get that divorce.  The prophesy of men being "no damn good" is a self-fulfilling one.

One of the most tired old saws that is trotted out both in the magazines and the the TeeVee shows is that "all the good men are either Gay or Married!"  And of course, today, probably all the good men are Gay-Married, making the odds even longer of "finding a good one."

(May I suggest, as an aside, that like shopping for a used car, the best bargain may be parked in your driveway.  Just dust the old one off, polish the wheels and change the oil - it may be good for many more years of reliable service!).

It is no wonder that more and more men are turning Gay, ladies.  Look at the package you are selling them.  First, you ritually castrate them in a hugely expensive and tacky ceremony.  Then, it is this constant high-maintenance lifestyle - cluttering the bathroom with jars and bottles of crap and ointments, and then obsessing about every damn thing.  The kids are A.D.D.!  The van is making a funny noise!  I think I heard an intruder!  I saw you looking at that pretty girl!  Not tonight, dear, I have a headache!

Pretty soon, sodomy starts to look like a viable alternative.

I'm just saying if you want to sell the product, you might make the packaging a little more attractive, and by that, I don't mean the outward appearance (which so many obsess about) but the practical daily driving experience.  When a car is enjoyable to drive and doesn't use too much gas, you aren't likely to trade it in on a flashier new model.  What men really want in a woman is not 36DD breasts, but someone who isn't, well, hysterical all the time - a nagging, whining, well, witch (or something that rhymes with it).

And one easy way to do this is to get off the media hysteria bandwagon - the nonsense they sell women these days about what it means to be a woman.  While we have tried to create equality in the workplace and eliminate the gender-gap, it seems today - far more than in the past, we are training women to be these scared-to-death ninnies who throw a hissy fit at the slightest provocation.  We tell women they are powerless and victims, and that their only role in life is to identify with some sort of victim-hood.   It is anti-Feminist and retrograde.

It seems that today, women are more helpless than ever before, constantly put-upon by a scary world, where men are usually up to no good, in one form or another, and there is "something wrong" with their children, and indeed their own health.  It is a very introspective view of life, and the television and the media constantly reinforces these messages - you are sick, your kids are in danger, you are going to be ripped off, your husband is cheating, the world is a scary, scary place.

The only solution to this dilemma, is to shut off these poor normative cues completely.  Turn off the TeeVee, stop reading these magazines.  There is nothing wrong with your kid - he ain't dyslexic, he's just stupid.  Leave him alone and he'll do just fine.  And no, you don't have a "hormone problem" - you just need to stop sitting in front of the television 8 hours a day and drinking soda pop and eating potato chips and take-out pizza.

Do this and slowly, over time, the fear and paranoia will subside, and self-actualization will kick in.  Once you stop being afraid all the time, you will figure out that life ain't so bad, and hey, you can do things and no, your kids are just fine and don't need Ritalin or allergy shots.  They just need to be left alone to be kids.

Of course, not all women are this way - but an alarming number are, and it is a shame, as they are not really enjoying life, but are depressed and constantly seeking medication and a cure for this feeling of hopelessness and dread.  And the cure is to take a pair of garden shears to the Coaxial Cable that is pumping ennui into your home  (Note: Make sure you get the right cable, lest you get electrocuted).  Kill your television - it is the depression box.

That is one reason I admire these butch Lesbians - you know the kind that change their own oil in their pickup truck.  They aren't afraid of anything or anyone and make no apologies.  They take life by the balls (so to speak) and live their lives fully.  No whining or high-maintenance.  Problem is, marrying a Lesbian (unless you are one yourself) is problematic.  My Dad tried that, and it didn't work out very well.

Poor Normative Cues.  Selling Fear.  This is what the media foists off on women today - and many seem eager to lap it up - to be told that they are put-upon victims of a scary world, and that nothing they can do will change things.  I disagree.  Take life by the, uh, horns and live your own life, not the drivel that they promote on The View.
Newer Post Older Post Home