Making Yourself Poor To Qualify For Medicaid? 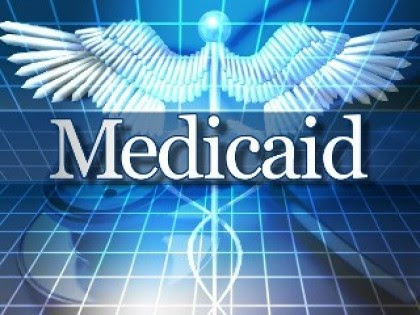 One trick that people try to do, is to deed their house to their children, to protect the house from Medicaid, should they end up in a nursing home.  Is this a good idea?  How can it be done?


Nursing home care is expensive, and unless you can afford a long-term care insurance plan, chances are, if you live too long, you will end up "in a home" then Medicaid will kick in to pay for the care.  Medicare does not pay for nursing home care - Medicaid does.  And in order to prove you need Medicaid (which is more like welfare, as you did not "pay into" it like with Medicare) you have to prove you need the money.

If you own your home, Medicaid will not make you sell it.  They don't count the first $500,000 of equity in your home as an asset.  However, after you die, they may go after your estate for the costs of nursing home care.  They will file a claim against your estate for the costs involved, and your executor has to pay that claim out of the proceeds of the estate.  Usually, this means selling the house to pay Medicaid back.

(Could you mortgage the home to reduce your equity?  Yes, but then Medicaid won't let you use your income to pay the mortgage.  This is welfare, people!  You are supposed to be broke, remember?)

Many folks think this is a terrific tragedy, as they want to leave a legacy to their children.  And many folks take legal steps to try to shield their assets from Medicaid - by intentionally making themselves looker poorer than they are, so that their kids can inherit and the taxpayer takes it on the chin for the cost of nursing home care.

Now, you might have some moral objections here.  After all, if you go into a nursing home and it costs $500,000 to care for you for 10 years, shouldn't the government be paid back for this out of the $500,000 from the sale of your home?  Look at it another way - if you had $500,000 in your savings account, should the government pay for your nursing home care?  You do, after all, have assets, and Medicaid was designed to pay for care for people who are indigent, not people with money in the bank.

The reason Medicaid doesn't make you sell your home is, of course that likely your spouse lives in it.  And a spouse or dependent relative can stay in the house while you are "in the home" so to speak.  Hmmm... another one of those things that unmarried people can't take advantage of.

Is it morally right to artificially make yourself poor to qualify for Medicaid - and thus transfer wealth to your children?  It is an interesting moral question.  I have to think that the answer is a resounding NO.  Sticking it to Uncle Sam is never right, no matter how much you think the government "owes" you in life.

But assuming you have no moral objections to this scheme and decide that your kids deserve an inheritance, how can you go about doing this?  It gets tricky, in several ways - and thus I highly recommend you talk to an elder-care specialist before doing anything.  And bear in mind that a lot of sites on the Internet which claim to offer sure-fire solutions are often selling their solution, and thus running down others.

First, Medicaid looks back five years when you apply, so if you transfer all your assets to your kids six months before you go into the home, it ain't gonna work.   That action may disqualify you for medicaid, for up to five years.  You cannot give your money away and then claim poverty - that seems like a pretty simple trick.

Note also that if you just give the house to the kids - or "add their name to the deed" may create a tax problem for them, down the road.  If they inherited the house at your death, they get "stepped up basis" in the home, and pay no taxes on capital gains.  But if you give them the home while you are alive, your cost basis transfers.  So, for example, if you paid $50,000 for a house in 1970 and it is worth $500,000 today, your kids will have to pay capital gains taxes on $450,000 profit, if they sell it.  If they inherit, they pay no taxes - unless they make their home their primary residence for three years or so.

Adding a child to the deed (as opposed to just deeding the house to them outright) also has problems.  If you do this, you may be subject to a "penalty period" during which you cannot even qualify for Medicaid, should you actually need it:

There have been significant changes to Medicaid rules and one is the extension of the so called "look back period" rule. In this rule, the government can look back five years from when the individual applied for Medicaid long term care benefits assistance (42 USC 1396 and 1396p).

Ouch.  So you add your kid to your deed and then two years later you have a stroke and have to go to the home.  Medicaid doesn't apply!  If you had left the kids off the deed, you'd qualify for medicaid and your spouse could stay in the home.

Shielding your assets from Medicaid (should you decide to do it) is a tricky prospect.  Life Estates, and so-called "Lady-Bird" or "Medicaid" deeds are often touted as a better alternative.  All I can say is, it is complicated enough to warrant consulting with an elder-care law specialist.

Note also that property rights are determined by STATE LAW, so you should consult an attorney in your State for state-specific advice.   This is NOT a "one size fits all" kind of deal.

There are so many rules and exception to rules that it isn't funny:

It's often the case that a daughter will move in to take care of Mom or Dad or both. In this case Medicaid has a special leniency rule to allow transfer of the home to the daughter and not result in a penalty for a transfer for less than value. If the child provides care for a parent in a parent's home for at least two years, and that care kept the recipient out of a nursing home, the property can be transferred to the child without penalty and the property will not be a subject asset for Medicaid recovery. Medicaid will require some proof of this. Typically an affidavit from a third-party care provider such as a doctor or an agency stipulating that the care was given for at least two years and resulted in keeping the care recipient out of a long-term care facility, will be sufficient evidence. It's important to use a legal adviser to make sure you do this properly.

Some states, in estate recovery, only go after property that goes through probate. Property titled in joint tenancy with rights of survivorship passes at death to the living tenant and avoids probate. If the title is in joint tenancy or held in trust and the joint tenant or beneficiary, at death, changes title before the state files its lien then the state could have no legal claim against the property.

On the other hand, state recovery does not go after property itself but simply requires repayment of Medicaid costs based on assets a Medicaid recipient held prior to applying for Medicaid. The family is responsible for coming up with the money based on the value of the assets. It's very likely, however, in most states that property passing in joint tenancy will simply escape Medicaid recovery or assessment because recovery services may not even be aware of the death of the care recipient until the property has passed in ownership. At that point it could become a legal challenge between state recovery and the family and possibly for bad publicity the state may forgo any further legal action. On the other hand, as Medicaid budgets become stretched, states may become more aggressive in recovery tactics that the law allows them.

Thus, joint tenancy may or may not work.  However, when researching this, bear in mind that a lot of websites that discuss these strategies are trying to sell you some other strategy such as a reverse mortgage or some sort of trust, annuity, or whatever.  They discredit other techniques, because they are SELLING theirs.  So of course, they discredit joint tenancy - which does admittedly have some problems, but is easy to administer.

Joint tenancy does have some other issues.  For example, you deed your house to yourself and your daughter in joint tenancy with right of survivorship.  However, this may mean when you die, your daughter may have a capital gains problem - should they decide to sell the home.  We should all have such problems, right?

But suppose your daughter goes bankrupt or has a judgement against them?  Or they pledge the home as collateral on a loan for a new penis boat?  You have to hope your kids are smart and also honest and financially secure.

Getting old sucks, that's for sure.  And for some reason, in this country, getting old gets expensive, as we are able to keep people alive for years and years.  And that really is the real problem right there.  Nursing homes keep their patients going, no matter what, as each day they live is another day they get a check from Uncle Sam.  They really are just like farms that harvest old people.  Sort of like those battery-banks in The Matrix.

I can only say that I hope I just fall asleep one day and never wake up, as recently happened to a neighbor of mine.  Quick, quiet, peaceful, and inexpensive, too.  No drawn out drama or living uncomfortably as a vegetable for decades!

"Hope I die before I get old."  My Generation, The Who.

UPDATE JANUARY 2015:  I attended an elder-care law seminar in Atlanta, and the attorney there offered a moral justification for all the shenanigans that people go through to shield assets from Medicaid.   Their argument is that if you can transfer assets to your children, they in turn can pay for "upgrades" to your medical care in the nursing home.   Otherwise, you get the minimal care, which is not all that great.  So their argument is that it is morally right to do this, to protect the care of the parents.