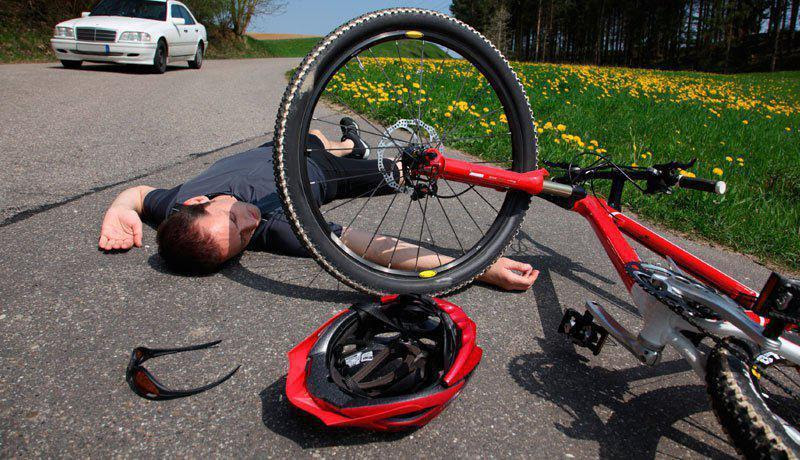 
If you go through life being perpetually surprised by bad things, life will suck for you.  Expect the worst and plan for it.  If it doesn't happen, then good for you.  If it does, you can at least ameliorate the outcomes.

I was perusing YouTube the other day, and bicyclists like to post videos of themselves being hit by "inconsiderate" drivers, even though, in many of these videos, the bicyclist is running stop signs, red lights, zooming across crowded crosswalks, etc.  And in a couple, at least, it appears the bicyclist intentionally rams into the car in question, without any attempt to slow down or swerve.

And yes, in many cases, the car is "at fault" because they did not see the cyclist.  But the cyclist is also "at fault" for not expecting the car to not see them.  Driving well means to drive defensively.  What does this mean?

And you should slow down and have a "plan B" - an escape route or sufficient stopping distance.  Because if you rely on other drivers being perfect all the time you will get into accident after accident.

If you prepare for these things, you may be able to avert a horrible accident - most of the time.

But many people prefer the other course - when it comes to driving and to life.   They want to blame things on others in a causation model.  "If the other guy had looked out, the accident wouldn't have happened!" they cry.  But then again, if you had seen the other guy and thought, "Gee, I'll bet he just pulls out in front of me, what would I do them?" - and have a contingency plan - you could have avoided the accident as well.

And in many States, this indeed is the law - the concept of only one person being "at fault" is disregarded for the spurious nonsense that it is.  The person who had the last chance to avoid the accident - and failed to do so - is also partially to blame.

So in these videos, where cyclists zoom through crowded city streets at high rates of speed, is it entirely the car driver's fault there is a collision?  Or perhaps if the bicyclist slowed down and anticipated the other fellow doing something stupid, they could have avoided the accident?  Or maybe, just maybe, riding a bicycle in a crowded city is just not a very smart idea - the law of probability will catch up with you over time, and it won't make a rat's ass of difference whose "fault" it is, when you are in a wheelchair.

"But I was in the right!" they scream.  And that is a very immature attitude toward life.  Because, as the saying goes, you can be right - dead right - and it doesn't matter, because you are dead.  And after decades of riding motorcycles and bicycles, I realize that whining about how bad people drive is sort of stupid.  You have to expect them to be bad drivers - because let's face it, they give anyone a license these days.  And that means you have to expect that dude to change lanes or make a turn without signalling - and not ride in his blind spot where you will plow into him.

In your financial life, shit will happen also, and I have commented on this before.  Bad things happen, and yea, you can argue it is "someone Else's fault" or you "had a patch of bad luck."  In all these financial sob stories you see on TeeVee, the Clem they are interviewing always has a laundry list of reasons why his financial situation is beyond his control.   But then they pull back and you see that this guy who wants our sympathy has a monster truck and a bass boat parked in his yard - and no savings in the bank.

Driving defensively can keep you out of accidents.  When you approach an intersection, a driveway, or whatever, expect someone to pull out or fail to stop or break the law, or whatever.  If you expect the probable then you are less likely to get into an accident, regardless of the other guy being "at fault".   Similarly, in economics, if you set up your finances so they can survive various random disasters and setbacks, you are more likely to survive financially.  Diversify your portfolio, minimize debt.  Don't buy a lot of overpriced junk you don't need.

Unfortunately, most people in this country live "paycheck to paycheck" - and are proud of it (at least from the way they love to go on TeeVee and brag about this).  Every penny they earn is spent, and most of it on stuff they don't really need.   When that paycheck goes away (which is someone else's "fault" of course) then the whole carefully balanced machine wipes out.

It is akin to driving the speed limit down a busy street lined with cars and just hoping that everyone obeys the laws, looks both ways, and no one pulls out in front of you or does something stupid.  You are putting your fate in the hands of others, and the outcome is all-too-predictable.

And whose "fault" is that, really?


Portlandia has a great video spoofing these aggressive bikers.   It also pokes fun of the whole "Fixie" trend, which is idiotic (style over substance).   Riding a bicycle and then acting shocked that there are cars out there is rather foolish.  Expect the expected.
Newer Post Older Post Home