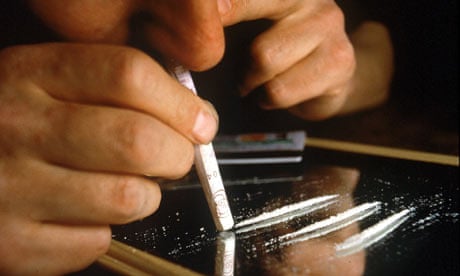 Drug users can be annoying as friends, employees, fellow workers, or family members.  Coke heads are probably the most annoying of all.


Cocaine is an interesting drug.  The main problem with it (and methamphetamine) is that it strokes the ego so much that the person taking it thinks they are a bloody genius, and moreover, whatever they decide to do is just fine.

And of course, it is addictive.  A hit of coke makes you feel like a new man, the saying goes, and the first thing a new man wants, is another hit of coke.

Coke turns people into first-class assholes, and worse, they create a trail of wreckage wherever they go, and the rest of the world has to clean it up.

When I was growing up, drugs were pretty freely available.  About 80% of the Senior class of my high school had at least tried marijuana, and I suspect about 30% were regular users.  At about this time, the Disco era started, and cocaine use started to take off.

Cocaine was and is, staggeringly expensive, which leads to the first problem. The users will bankrupt themselves to get it - and then go about trying to bankrupt you - or their company or business, or wherever else there is money to be found.

I had a friend who was a carpenter, and he owned his own business and owned a home (which was pretty impressive for a 23-year-old) which was a duplex, so he rented out the upper level and actually had a pretty good gig going.  He smoked pot and drank beer, but it never interfered too much with his life.

And he had a sweet girlfriend, who was a nurse, and we all assumed they would settle down and get married and have kids and do that whole "happily ever after" thing.

Cocaine had other ideas.

He got into coke through some other friends.  He liked to go to bars and such, and it was available there.  He tried it, and it made him feel like a million dollars.  He was a genius, suddenly, full of great ideas and business plans, and nothing - nothing - could possibly go wrong.

Of course, the cost of the drug was a problem.  He and his tenant (who was also into it, and possibly the one who turned him onto it) started holding weekly poker games.  They would invite over other folks, such as myself, and then try to get us drunk and take us for everything we had.  I saw this going down and bowed out of it quickly.  Others were not so lucky and I saw one of his "friends" writing checks for hundreds of dollars for gambling debts.   Some fun.

He dumped his girlfriend shortly thereafter.  She was alarmed about the coke use and wanted him to stop.  Her ideas of settling down and getting married didn't include coke.  And my friend decided it was easier to marry coke and dump the girlfriend.  Besides, he was a hot young dude, and could pick up "girls" whenever he wanted to!

And by "girls" I mean 15- and 16-year-old girls from the country who thought that this guy "from the big city" who owned his own pickup truck, was pretty cool.  At that point, he and I went separate ways.  Underage girls is a line that I don't cross.

But before that, the signs were there for everyone to see.  I recall he had a party once, and within a hour, he and several of his friends disappeared.  I stayed on for a while, but slowly, everyone filed out.  I was the last one left. I finally found them all, in the back stairwell - him and his three coke friends, all talking 100 miles a minute right in each other's faces.

Cokeheads do weird shit like that - they will hang out in the least desirable places, just to do their drug.  Restrooms and the like seem to be popular.  Icky.

Whatever happened to my friend, I do not know.  He lost his business, over time, and he seems to have disappeared from the face of the earth.   I'm not sure I want to find out, or care.

In the workplace, cokeheads are very good at disguising themselves.  Management (particularly the inept kind) initially is enthusiastic about the coke head.  "What a go-getter!" they say, so pleased to see an employee brimming over with ideas and enthusiasm.  But beneath the veneer of cheer-leading for themselves, the coke head really has no real concrete ideas, and nothing to offer other than general enthusiasm and an aptitude for taking credit for other people's ideas. They are brimming over with bullshit and not much else.

Unfortunately, many companies look at drug use as something only lower-level employees engage in.  But cocaine use can spread to upper management, professionals, and the like.  Drug-testing is one good way of preventing this problem, of course.  But while companies are willing to drug-test truck drivers and hourly workers, they often are more reluctant to test CEOs and COOs, even if they represent more of a risk to the company and may in fact me more likely to be abusing drugs.

So what's the harm of the coke head?  Well, at first, they may appear to be creative, funny, and dynamic.  Indeed, in Hollywood, cocaine use was a real problem - but not recognized as such - for a long time, and even today.  Entertainers and writers would argue that cocaine would make them more creative and provide them with more energy.  And in the early stages of the drug's use, this might even be the case.

But over time, the cokehead has less and less to contribute, and starts "phoning it in" big time.  And you can tell when a Hollywood movie, or an entertainer, or a comedy skit, is being done by coke heads, over time.  It stops being funny in short order.  And eventually, the coke head's life starts to spiral out of control.

But few want to admit to this, of course.  Because the number one problem with cocaine, is that you feel you are not only in control, but in super-control of your life.  The drug fogs the part of the brain that is telling you to get off the drug.

To non-drug users, cokeheads are annoying as shit.  They are so buzzy all the time, but contribute little or nothing to work or family life, and eventually end up dragging everyone down.  And eventually, they resort to thievery - on a petty or grand scale - to fuel their drug habit.

How do you deal with a coke head?   You don't.  You have to walk away - completely.  If you have friends or family members that are into coke, just leave, period.  Even if it is a spouse or friend, the best thing you can do is to salvage your own life and not sacrifice it on the altar of saving someone else's.  Interventions and other techniques simply don't work - and only feed the attention-whore with more of what they really want.

It is only when people desert the coke-head do they ever realize (if ever) that the drug is doing them harm.  By sticking around - and being a target for their various forms of abuse - you are not "helping" them, but enabling. Just leave.

If you work for a coke-head or have a coke-head fellow worker, it is tougher.  You have to find a new job, plain and simple.  The problem is, management, as I noted before, may view the coke head as a "real go-getter" and view your complaints about the coke head as sour grapes.  And in fact, management may be doing coke as well.  It happens.  Either way, you work for a company with very shitty management, and things will go South eventually.  So finding a new job is not a bad idea. Find one where they drug-test.  Everyone.

Of course, it goes without saying that crack is just more of the same, only worse.  I recall another friend going down that road - sacrificing a marriage, with children, for a crack pipe and a series of brief highs.

And yes, all of these people started out smoking pot.  But Marijuana is not a gateway drug and donchuforgetit!  And of course, po-theads are never annoying in the workplace or as family members, right?

Drugs in general - and that includes alcohol - are a dead-end.  People like to say that they have their drug habit under control, and that they just need their drug to "relax" or "be creative".   But that argument sort of negates itself.  If you need a drug in order to function, then by definition, you are not functioning very well.  Maybe a better approach is to figure out why you are stressed and uncreative in the first place.