The Crossover Hatchback - the Worst of All Worlds?

NOTE: I updated this posting recently and for some reason, Blogger re-dated it. It is a few years old. Honda decided to pull the plug on its crossover hatch, so maybe some progress is being made in the war against ugly useless cars. 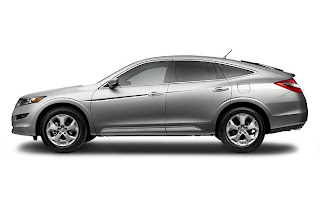 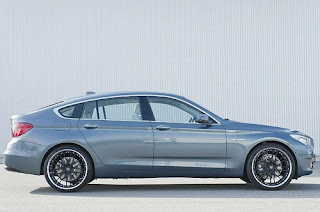 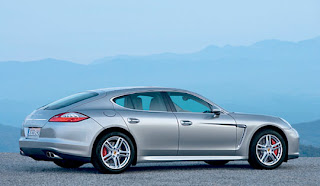 Shame on Honda, BMW, and Porsche, for introducing these bloated, well, whatever you call them.  Turds?  They have the crummy gas mileage of an SUV without the limited off-road prowess or cargo capacity.  They are just ugly, gas-guzzling wagons with no room in them.  And yes, driving one of these makes your ass look big, ladies.

The latest hideous trend in the auto world was the near simultaneous introduction of something called a "crossover" which is an enormous hatchback with a tiny hatch, no headroom, no cargo space, and no real utility.  They have horrible gas mileage and don't even have the limited off-road capabilities of their SUV big brothers.  What was the point of these, again?

What is up with these cars?  Why do the automakers fling this crap in our face?  Why do they sell much nicer cars in their home markets?

Automakers are convinced that we Americans hate Station Wagons.  They get this idea from the hysterical housewives who have nothing better to do than to show up for "focus groups" and say they want to "sit up high" and don't want to be saddled with the image of "Station Wagon" or "Mini-Van" or for that matter "Hatchback."  All of those, of course, were and are practical cars.  But in America, only the Mini-Van soldiers on.  Hatchbacks and Wagons thrive in the rest of the world, but not here.

Um, I start to understand why the Taliban puts sheets over their women and refuses to let them drive cars.  OK, women can drive.  But should we let them dictate auto design for the rest of is?  Focus groups were the same people who brought you the Pontiac Aztec, which arguably brought down that entire car line (note the Aztec had the same space-robbing slanted hatch as well).  They don't make Pontiacs anymore, and the Aztec was one reason why.

Honda, in Japan and Europe, sells an Accord Wagon - the platform that this obscenity called the "Cross-Tour" (What is it crossing?  What is it touring?) came from.  These wagons are inexpensive and roomy vehicles with lots of cargo space in the rear.

And speaking of rear, no station wagon ever made had the ugly butt the Crosstour has - all butt (and way too much overhang for a modern automobile) and no room!  The girl's got shelf, allright, but there ain't nothing to it!

Similarly, BMW decided that we don't deserve their excellent 5-series Wagon, but instead have left us with the options of the 3-series wagon (which they no doubt will kill off, if they haven't already) the X3, the X5, the X6, and this "5-series GT" monstrosity.  The "ultimate driving machine" people have come a long way from the feisty 2002, and their product lineup is loaded to the gills with SUVs, just like the late, great Chrysler Corporation.  And you know how well that worked out for Chrysler, right?

The Porsche monster is an interesting beast.  Porsche has a problem, if it wants to grow the brand.  The iconic Porsche sports car is a very impractical car for daily driving.  The SUV Cayenne has sold like hotcakes for "upscale" SUV buyers, who want to project an "I'm better than you" image.  Again, mostly bought and driven by women.  Again, one starts to empathize with the Taliban more and more.

But most folks can't utilize a 2-seater car much of the time. So Porsche provides this four-seat monstrosity (it is huge when you see it in person).  It expands the brand, but the purists will howl.

So what's up with the ugly-car fest?   Well, Americans apparently really love ugly cars - or so the automakers think.

On the other hand, Mercedes and Volkswagen still sell wagons here - in two sizes each.  For some reason, they believe that Americans like wagons - and we do.  The iconic Mercedes wagon is a well-built car that gets reasonable gas mileage and hauls your dogs.

And speaking of dogs, where does one put a dog in a car like this?  There about about 70 million dog owners in the United States - and unless they have Pomeranians, they ain't buying one of these ugly, useless crossovers.

In a way, these things are like the ill-fated Dodge Magnum wagon - they took the useful American Station wagon, and then slammed the roof-line to the point where it had no storage or place where a Labrador could stand up.  Pretty useless as a wagon!  And no, they don't make them anymore.

The Passat and Jetta wagons have almost cult-like followings.  They are roomy, practical and get staggeringly good gas mileage (like 43 highway!).  VW has set its goal of becoming the world's largest automaker - surpassing Toyota.   With a well-designed and useful wagon, they just might accomplish this - and we would forgive them their errors with the Panamera, which is a niche-market car, anyway.

But in the meantime, this sort of sheetmetal keeps me out of the car market.  Why on earth would anyone trade in a functional and useful vehicle for something like this - which has no room and gets crappy gas mileage and was hit with an ugly stick - twice?

But, I guess Americans are very foolish people.  We care more about image than substance, and I guess we delude ourselves into thinking that these "sporty" crossovers make us look athletic and sporty, with their flattened roof lines.  And we can delude themselves that they are not driving a sedan, which is "boring" if not practical.  And we can say they are not driving a "Station Wagon" which for some reason we think marks us as a dork.  Well, they think it, anyway.  I certainly don't.

Chasing status and worrying about your image is one sure way to end up broke, however.  And these monstrosities of cars illustrate how you can squander money on a useless piece of machinery that sacrifices utility for style.

Will these "crossovers" become the next big thing?  Perhaps.  But then again, people are idiots.  They will buy whatever dog turd you put out there, provided it has a Facebook page.  But long-term, I think the lack of space, poor gas mileage, and other factors may at least force the makers to re-think the proportions of these things.  A car that is not useful isn't much of a car.

And as 1/3 of our population lurches toward retirement, many of us will prefer more practical vehicles than a gas-hungry SUV or a big-butt cross-over with no interior room.  And a traditional station wagon hits both the gas mileage and utility targets right in the bulls-eye.
Newer Post Older Post Home