Deciding Early vrs. Not Deciding at All 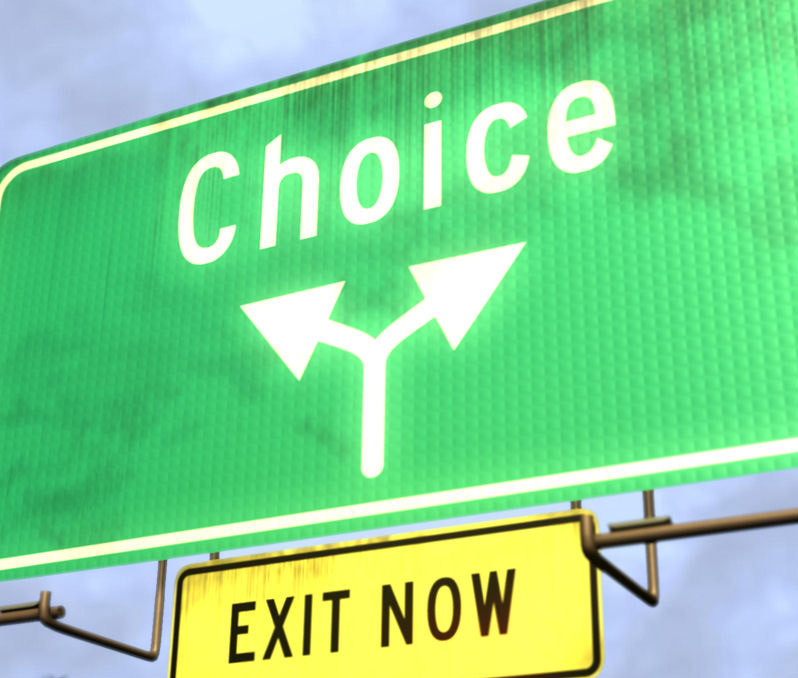 "If you choose not to decide, you still have made a choice" --Rush


In my last posting about bloody golf car accidents, I pointed out that many folks don't think much about the "end game" or how they are going to spend their declining years.  When I try to discuss this with people (who often should be thinking about these very things) I get two reactions.

First is the, "you're too young to be thinking about such things!" reaction.   They basically argue that since getting old is "a long ways off" there is no point in even thinking about it.

Second is the "Well, I'll just stay here in my house until I die!" reaction.   They claim they will stay in their own home until death, but the reality is, few people die in their homes here, even on retirement island.  If you read the obituaries in the paper, most are for people who used to live on this island but then later moved on, often to be with children, or to move to assisted living.

So the reality is, as I perceive it (based on my observations of old people in captivity) is that there is a lot of denial going on here.   Most everyone on this island ends up moving to an assisted living facility or moving to be closer to children or other caregivers.   Very few spend all of their remaining years "in their home."   Rather, they end up being forced to move, after they are too old to make decisions for themselves, and it is often messy and difficult.

This got me to thinking that it is far better - in all aspects of life - to make decisions early on, rather than put things off until tomorrow.  Procrastinating and passive-aggressiveness are never a good battle plan.

Take for example, the decision to sell a boat, car, RV, or whatever.   I see a lot of people, particularly middle-aged men, "hang on" to a boat, RV, hobby car, motorcycle, or whatever, for years after they have stopped using it.  The item sits for the first year, and they think, "Why should I sell it?  I'll use it next week!"  But next week never comes.   Years later, they go to look at the Boat/RV/hobby car/motorcycle and realize the battery is dead, mice have made a nest in the air filter, and it won't start without a lot of work.

So they think, "I'll get to this next week!" and of course, next week never comes.   Years go by and in many cases, thousands of dollars in storage fees rack up ($3000 a year, for my boat).   The item depreciates like mad and eventually is worth little or nothing, as engines seize up, blocks crack from freezing, rot sets in, and the like.   Eventually the widow sells it.

On the other hand, if you see that you are not going to use an item - and your usage is starting to decline already - then it may be time to sell now, early on, while you still desire the item (somewhat) but realize the romance is ending and you are getting older.   Life is finite, it is not linear.  What amuses a young man of 30 is boring to a man of 50.   That's OK.
Similarly, during the housing boom, we decided to sell most of our Real Estate assets.   A lot of our friends chastised us for "selling out too early!" and indeed we missed the absolute peak of the market by 12-18 months or so.  But our friends who didn't sell, well, they never sold and in many cases, lost their properties to foreclosure.

It wasn't that they were "holding out for the peak" but rather just putting off making a decision, because making decisions is messy, time-consuming, and involves risk-taking.   The most common refrain I heard from people was, "Well, if I sold my house, where would I live?   I can't go back to renting!"   Well, why not? if renting the same house you are living in costs $1000 a month less, and you can lock in a capital gain that is tax-free of $100,000 or more - often far more?

Secretly, I think a lot of people thought that their 2 BR 1BA ranch home was really worth $500,000 and would go to a million in short order - never mind the fact that the most you could rent it for, on a good day, was perhaps $1500 a month.   It was just a lot easier to not make a decision as that was perceived as the less risky thing to do.    But in hindsight, we all know how that worked out for everyone.
The few brave (and smart) souls who sold out were able to buy back their old homes at auction for less than half of what they sold them for.

Looking back on five decades of living, I have to say that the worst decisions I have made in life were not decisions I actively made, but passive decisions I made by deciding not to decide.  For example, when I dropped out of college, I didn't make an active decision to do so, but instead just did nothing and allowed events to carry me away.  Things still turned out OK, but I would have ended up better off by making a conscious decision to change, rather than wait to be shown the door.

Some of the best decisions I made, on the other hand, were decisions that I made "early" and perhaps were painful to make.   We sold our home near Washington, DC, not because we were ready to move, but because someone offered us a lot of money for it.   Why not take the opportunity to move away?   Others in our neighborhood refused to sell "on principal" and years later, ended up selling anyway - for less money.

The same is true of the vacation home.   While it was driving down our net worth over time, we could have "afforded" to hang on to it for a few more years, if we wanted to.   But in retrospect, it was a good idea to sell when we did, rather than "hang on" until we were entirely exhausted with the idea of owning two homes.   Leave wanting more as they say, and you will always have fond memories.

So why do people choose to decide by not deciding?   Well, for starters, it is a lot easier to put off difficult decisions than to be proactive.   Hang on until tomorrow, maybe things will change for the better, right?

Passive-aggressiveness is another factor.   Wife nags husband to sell that old boat in the backyard, and husband says, "Yes, dear, I'll get right on it!" but doesn't do anything except list the boat for sale in his head.   He is playing a game - a passive-aggressive game - by not selling the boat, so his wife isn't "telling him what to do!"

But there is a third factor, and that is denying death, which in a way is denying life.   For men, this is particularly problematic.  Giving up the Harley means you are getting older.  Getting older means you are going to die.   No one wants to think about their own mortality, so they keep the Harley (unused, gathering dust) as a talisman of their youth.   So long as they have this lucky charm in the garage, they will never die, right?

It sounds silly, but there is a nugget of truth in it.  And as people get older, denial becomes even stronger and takes on more absurd mechanisms.   I related before about both my Grandmothers, who were in assisted care facilities.   Both facilities had a wing for the ambulatory and relatively younger residents, who spent their days playing bridge or going on bus tours or whatever.   Both also had another wing for those who could no longer take care of themselves or were about to die.

For one Grandmother, it was the "7th Floor" for the other, it was the euphemistically named, "The Other Side".   Once you went to the 7th Floor or the Other Side, you were dealt out of the next Bridge hand and never spoken of again - they were that afraid of death and dying.   And woe be to the individual who comes back from the 7th floor or "the other side" to live among the living again.    Such folks were treated as ghosts, as my one Grandmother found out the hard way.

Seniors, who you would think would be the most comfortable with their own death and dying, are often the worst about it.    And this, I think, why you see such shitty retirement planning in this country, and such awful end-of-life planning.   No one wants to talk about it or take action.   It is a lot easier to sit at home and pretend that nothing will ever change.
Newer Post Older Post Home