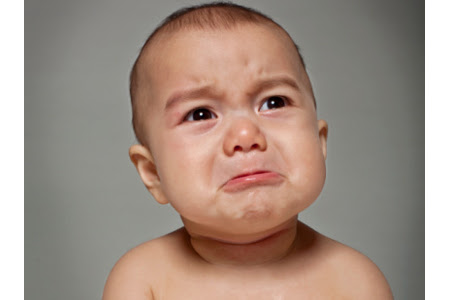 The media wants us to hate millenials.   This makes me think maybe the media is lying to me.

There have been a lot of stories in the media lately about how whiny and crybaby the next generation of young adults is.   And maybe some of them are this way, but like the disco era or the hippy era, not everyone is buying into the bullshit you hear about on television.

To hear the media tell it, the "millenials" feel they were given a raw deal in life because they are saddled with a staggering $25,000 in student loan debts (as compared to the $38,000 I had two decades ago) and feel they can "never pay it off".

We are also told that "millenials" feel they got a raw deal in life because the economy is so rotten and rents and housing prices are so high and that no previous generation had to deal with such adversity.

My parent's generation had to deal with the great depression.   Mark's Dad spent four years in a German POW camp, and it was not like Hogan's Heros.  He watched while Nazis shot his friends in the head.

My neighbors were born in a Nazi work camp, as their parents were Polish, and the Germans felt that Poles were little more than slaves.  These are not old people, either.   World War II was not that long ago, despite what you may think.

But hey, you know, that pales in comparison to having to pay off a student loan debt you willingly incurred, right?  You all have it so much worse, right?

The other complaint made is that millenials feel that they should be wealthier than they are.  After all, less than 51% have less than $1000 savings!   One fellow complains that he has a "four year degree" and yet is still broke!  A four-year-degree!  Make way for four-year-degree man!  Celebrity coming through!

But of course, that is nonsense, too.  I was over 30 years old before my net worth was positive, and had little or no savings until then.   Yes, you are not as wealthy as your parents.  They've have 30 years to save.   You can't expect a kid out of college to have a nickel to his name - that is the nature of the beast.

This just in - grammar school kids have less than $5 in their piggy banks!  Act shocked.

Well, it is alarmist and I think the media likes to spread these stories for a number of reasons.  Well, one reason, click-bait.  They want to write headlines that people will click on.   And whiny millennial stories are guaranteed click-bait across a number of demographics.

Why is this?  Well, older folks will click on such stories and then complain about how ungrateful "kids are these days" because they never had to walk five miles to school in a snowstorm, both ways, uphill.

And yes, some "millennial" kids will click on this sort of crap, too, to wallow in victimization and believe themselves to be put-upon in a way no previous generation has.  It feels good to feel bad, sometimes, and to blame others for your woes.   Actually, all the time it feels good to do this, which is why you shouldn't.

What is the reality?   Well, again, free choice negates statistics.  On every story about "oh woe is me" millenials, I hear comments from some readers and posters who clearly have their shit together and have more than $1000 in the bank (which is better than I was doing at that age) and don't feel they were handed a shit sandwich by the "baby boomers" (e.g., their Mom and Dad) that they need to hold a grudge over for the rest of their lives.

Yea, there are some people - loudmouthed people - who drank the Kool-aide and think that "Wall Street" or their college professor is keeping them down, or that the big banks, the landlords, or whatever external force that they cannot possibly change is the reason for their disadvantage.

That is true, but that is also true of every generation.  I know people in their 50's and 60's who still feel this way - that "but for" the big banks or Dick Cheney, they would be millionaires.   The fact that their peers have thrived and done well while they wasted their earning years protesting "the man" is lost on them.   It all has to be someone else's fault!

And this illustrates how the media acts as an agent to subliminally keep us down.  They feed us eye-candy stories like this - pitting one generation against another - and encouraging us to externalize our personal problems, in the hope that we become more passive and better consumers.

No, the folks on Wall Street are not worried about you camping out in a tent and protesting whatever it is you are protesting.   They are really worried you will stop buying crap and stop borrowing money.   Because that is their real Achilles heel - they are dependent on us to keep borrowing and consuming to keep their share prices high.

Sadly, most "Wall Street Protesters" don't get this.  They want to keep consuming and borrowing, they just want someone else to pay the bill, which of course isn't going to happen.   So after they fold up their tents and go home, they will continue in their old ways, buying a Starbucks and putting it on a revolving-interest "cash-back-bonus miles" credit card and convincing themselves they are "sticking it to the man" with their bonus points.

Meanwhile, if they even bothered to read what I post here, they would disregard it as the crazed ravings of a lunatic oldster - offering the same old tired solutions their parents harp on - spend less and save more.  Who the fuck wants to do that?  Not when there is cool stuff you can own!

But like I said, the media paints with a broad brush, and they do this for a reason - to sell stories.  And the story du jour is the idea that "millenials" (a name created by the media) are a bunch of whiny crybabies like the world has never seen.   They all want "safe spaces" and bullshit like that.

Well, I call bullshit on that story.   Because quite frankly, any generation has its share of clueless crybabies.   I know ours did.   People who really think that communal living is the answer or that "share the wealth" is a viable economic philosophy.   Sure, a lot of kids think this, but they quickly change their mind once later on in life, it is their wealth that others want to share.

Moreover, I think a vast majority of any generation - the silent majority if you will - never believed this sort of crap.   Most people realize that life is indeed hard and getting something-for-nothing just isn't in the cards.   And if you work hard and make a few bucks, you should be allowed to enjoy that, and not pay it all out to the guy who refuses to work or just feels sorry for himself.

Don't fall for the media hoopla.  The vast majority of "millenials" want what everyone else wants - a good job and a chance to get ahead.   And most are willing to work toward this goal and realize that nothing in life is free or guaranteed.

The media is trying to ignite class and inter-generational warfare.   We shouldn't let them.  Not when it is all based on lies.