People Will Try To Drag You Down (Crab Bucket Theory) 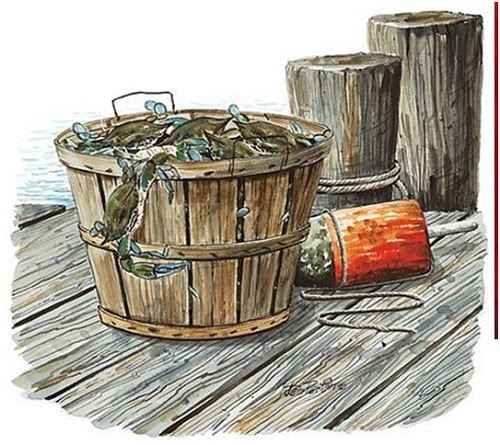 Crab Bucket Mentality describes how people try to drag down those that succeed in life.  If you become successful, then be quiet about it, lest you piss off the other crabs.

Anyway, I wanted to share this article with you. It is about a guy in Canada who buckled down and paid off his $255K mortgage in only three years. Of course, people weren't happy for him, instead, they shouted him down. It is something that I thought you might have an opinion about and might want to share on your blog.

It is an interesting article, and it illustrates both the "sour grapes" and crab-bucket mentalities at work.

The sour grapes mentality isn't hard to figure out.  For example, I can't afford a Porsche.   Just as well, they are shit cars, poorly made and are uncomfortable and have no trunk space.  Who would want a Porche?   Just rich wankers who have it all and are privileged, that's all, and want to toss it in our faces, right?

So I'm glad I don't have a Porsche!   The fact I cannot save up to buy one, because I squander money on a cell phone and cable TV and restaurant meals, has nothing to do with it at all.  Right?  (Note: the sarcasm light is ON).

Similarly, this guy has illustrated that with hard work, frugal living, and some smarter choices, you can do a lot better than you can.   No one wants to hear that.  So the people decrying his choices in life harp on things like "social life" and whatnot - as if hanging out with your drug-addled friends is the end-all to life.   They also decry him for being "materialistic" as if paying your life's income to a bank was somehow a good idea.

This guy, however, now has the rest of his life to be social or whatever, and really, he didn't miss out on three years worth of partying.   Moreover, now having a home that is paid for, he can really enjoy life without having to worry about the material.

Materialistic people are the poor bastards who have to work all week long so they can have a cell phone and a car.   This fellow is, if anything, anti-materialistic.   After all, if he was materialistic, he wouldn't be renting out his house, but rather loading it up with furniture and decor to show off to his friends, right?  I mean, you have to have that killer kitchen, right?

It is crab bucket mentality.  Throw a bunch of crabs in a bucket and they could do two things - they could form a crab pyramid and thus allow one crab to escape, who in turn could help the other crabs out.  Within a matter of minutes, they would all be free of the bucket and back in the ocean.

In real life, though, crabs will try to pull down, to their level, any crab that tries to rise above the others.   As such, a fisherman need not worry about crabs escaping the bucket, even though they are quite capable of doing so.  The other crabs will keep them in check.  It is pretty appalling behavior.   But we see this in humans, all the time, in prisons and whatnot, where "trustees" will keep the other prisoners in line far more effectively that the guards.

We are all weak, of course.   We eat too much, drink too much, perhaps do drugs, are lazy and slothful.   Or at least we tend toward such things if not kept in check or without a lot of self-control.   And we resent those who exhibit self-control and those who try to better their lives.

And funny thing, those who succeed at bettering their lives - the rock stars, the billionaires, the dot-com founders - we idolize.   People who are dirt poor and have hardly a nickel to their name think that Mark Zuckerberg or Donald Trump are superstars.

But the guy next door who saved up enough to pay off his mortgage?  Fuck him, man, he's an asshole.

Why is there this disconnect?  Well, for starters, the Zuckerbergs or Trumps of this world are so far above us as to be Gods or Demi-Gods.   We worship superstars from afar (well some of us do, I think they are both the real assholes, myself).

But the guy next door?   He's showing us up.   He's showing us, right to our face, that our "problems" are largely of our own making - our desire to "have it all now" and pay for it, on monthly installments, for the rest of our lives.

When I was going to night school and working three jobs at the same time, no one said "Attaboy!  Good job!"   Rather, I got just the opposite - who did I think I was?    You think you're better than us?   We've got other ideas!

I stopped drinking and stopped doing drugs, and a funny thing happened - my friends got outright mad at me.   When I was working the 10PM to 4AM shift at United Parcel, they would stop by my house and drink beers on my front lawn, leaving a pyramid of cans on the top of my old Chevrolet.   They were hoping I was home, had given up on all this "work and school" nonsense, and would join them in a drunken pot-party and be one of them again.

If you do become successful, expect to have others run down your success.   I spent 14 years in night school, but to hear my late Sister tell it, my Dad "paid my way through law school" - even though I have the student loan receipts to prove otherwise.

Others will tell me I was "lucky" or had some other sort of advantage, head start, or whatever.   Sure, we all have some sort of advantages in life (some more than others).   I had mostly squandered mine and had to start over.   Like most suburban kids, I didn't appreciate the things given to me until I had to pay for them on my own.

So, if you become successful, through hard work, scrimping and saving and whatnot, don't expect accolades, but hostility.   And ridicule, too.   They will ridicule you for "scrimping and saving" when you could have a new iPhone 6!   You are not being smart, but stupid, because instead of being debt-free, you could be chaining yourself to a mountain of debt and have nice toys to play with instead!

That is, of course, the choice most people make.  And the herd gets very, very nervous when someone suggests (or worse yet, shows) that there might be another way.

The moral of the story?  If you pay off your mortgage and save money and become successful, keep quiet about it.  Because no one wants to hear the reality - that if they had more self-control and discipline, they could do great things, but they rather choose not to.

Keep your head down.  The mob is angry!

There is a second moral as well.   Be careful not to become a crab.   We all do it.  We are jealous of the success of others, particularly when they are in the same circumstances are ourselves.  We want to tear down the accomplishments of others, just to make ourselves feel good.

If you find yourself being a crab, ask yourself why.  Chances are, it is a sign of depression and depression can be caused by comparing yourself to others.
Newer Post Older Post Home