Will Romney Overturn Obamacare? No. 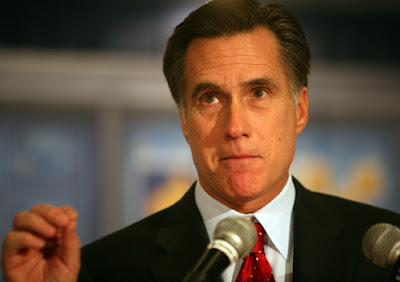 Will Romney overturn Obamacare?  He literally can't.  So why does he promise this?

Some simple ideas to digest:

1.  Presidents cannot invalidate laws or "overturn" them, only Congress can.

2.  Even if Romney wins and the GOP takes several seats in Congress AND takes the Senate, it is unlikely they will win a filibuster-proof majority of 60%.

3.  If Romney wins, the Democrats will surely do what the GOP has done for the last three-and-a-half years - filibuster.  And they will filibuster any attempt to overturn Obamacare.


So, what does this mean?

Well, when Mitt Romney says he will "overturn Obamacare" he is basically lying.

Just as when he says he wasn't "working" at Bain Capital after 1999, a company he was the sole owner of, he is basically lying.

And regardless of who is elected, not much will change in Washington in the next four years, other than the party doing the filibustering might change.

But whoever is in the White House will claim credit for an improving economy.

And the economy will improve, and in fact, already is.

Like Abortion, Gay Marriage, and Gun Control, the "Obamacare" issue is just a wedge issue used to get elected.  Once in office, the people who run on "overturning" this law either won't or can't overturn it.