But Can You Really Afford It? 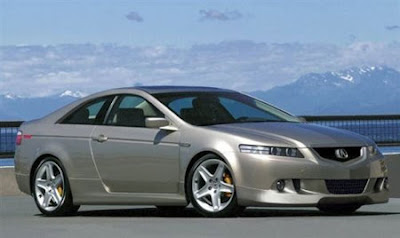 A shiny new car!  You can afford the monthly payments, right?  Or can you?
One thing the "Affordable Health Care Act" is forcing us to do, is consider health care as part of our budget.   For many of us, this is already the case - we fulfill our part of the Unwritten Social Contract by buying health insurance, because we are not idiots and not white trash.
Others prefer to go without health care, claiming they cannot afford it, while at the same time buying a motorcycle and cable television.
But beyond health care, there are other things that you should be funding as well - such as your Estate.
Many a young person forgoes contributing to their 401(k) program on the premise that they will "do that later" and the $300 a month they are not spending on their own retirement is money that can buy beer or a new car.
They don't realize how hard it is to try to play "catch up" later on in life, and how advantageous compound interest is to them - when they have nothing but time.
So they would rather have a shiny new econobox car and no money in the bank, than a real net worth and an old clunker.  That is, in a nutshell, their choice.   And  it is a choice a staggering number of Americans have made these days - and this is going to come home to roost, in a big way, as the bulk of the baby boomers retire in the coming decade.
One popular search that finds this blog is, "How can I retire on $1500 a month?" and that is sad indeed.   These are folks trying to live single on Social Security.  You do the math on that - how can you live on $1500 a month.  You'd probably be better off without a car at all.
How did those folks get there?  It didn't happen suddenly at age 60.  It started at age 23, when they bought that new Camaro - which has long since rusted out and gone to the junkyard.    They wanted to have a hot car at that age.   But hot cars last maybe a few years, at best.   The hot car of 1985 is a bad joke, today.
Trashing your future for a car is nonsense.  But people do it all the time.
Why?  Well, Joe Salary Slave takes home $3000 a month, after taxes, which might be about $50,000 a year, gross.  He pays $1200 on rent or a mortgage payments, leaving him $1800 to spend on utilities, food, and other expenses.  To him, $500 a month on a car payment doesn't seem like a lot of money, compared to $1800 he has to spend!
But of course, if he is a young person, his insurance is another $200 to $300 a month, particularly after a couple of speeding tickets.   Pretty soon, his disposable income is down to bubkis - and we can't figure out why he is broke.  After all, it can't be the car - that only costs $500 a month!
But it gets worse - a lot worse.   In order to have more "stuff" now, our young salaryman decided not to participate in his company's 401(k).  Or maybe, after facing a tighter budget, he cuts his contributions severely.  This is a dumb move.
And maybe, if his company doesn't offer health insurance, he doesn't bother to fund his own plan - thinking that as a young person, he is healthy enough, and spending $99 a month on health insurance is a "waste" anyway.   It is short-sighted thinking.
The problem is, you have to fund these things over time.   And if you don't, well, you will be in a bad place later on.
Here are some simple rules of thumb to apply before you take out a loan or buy some big-ticket item - or even a small item with a recurring monthly fee (like cable TV or a cell phone):

1.  What is Your Net Worth?    If you can't answer this question, borrowing and spending are bad ideas.  I know I was in that situation when I was 25 - not having a clue as to whether I even had a net worth.   And probably the reason why, was, it was negative.   Yes, what little savings I had and equity in my home were dwarfed by car payments, credit card debt, and student loan debt.  My net worth would not go positive until I was about 30.   And that is just sad, let me tell you.   And unnecessary.
2.  How large is the purchase relative to your net worth?   I wrote before about the fellow I saw who had a $70,000 BMW parked in front of a $120,000 modular home.   A pretty stupid way to live, frankly.  But many people do this.  I was at another neighborhood recently, where the homes sell for under $200,000.  The neighbor had a new Mercedes, BMW, a Luxury SUV, an expensive boat, and a Jet Ski parked out  front.  His depreciating assets cost more than his home.

Yes, you can kid yourself that you can "afford" to lease a brand-new BMW or a Mercedes, or even buy one.  But it is pretend wealth not real wealth.  And spending $70,000 on a car when your net worth is barely $50,000 makes no sense at all.   In ten years, that car will be worth $15,000 - I know this, because that's when I would buy it.   And the damage to your net worth is staggering.
If you are looking at a car that costs more than your home or your net worth, think about this carefully.   In the few years it takes to pay off a car loan, you could more than double your net worth.   Or have a cool car for a few years.   Which is dumb and which is smart?

3. What are the hidden costs?   As I noted in the real cost of owning a car even a $20,000 car can cost $8000 a year, in terms of depreciation, gas, oil, tires, insurance, etc.   When I tallied all this up, I realized that even a "paid for" car costs you, in terms of depreciation - even if you don't drive it much.   Every day it sits there, it is worth less.  And yes, some day you will sell it and realize that loss.
The monthly payment is only part of the deal.
4.  What is the overall transaction cost?   Most people think in terms of monthly payment.   If you learn nothing else here, get out of that mindset - it is the road to poverty.   When you say "my car costs $500 a month" you are talking only about car payments, not the overall transaction cost over time.  When you add that up, it can be staggering - and make putting a new set of tires on your old car seem pretty cheap in comparison.
5.  Are you fully funding your 401(k) and Health Insurance?  If you answer "No" to either, than you have no business buying more shit.  You are just hurting yourself, over time.  And this is why we have to have a "mandate" for health care coverage - because deadbeats like you spend their health care dollars on a Camaro and then stiff the hospital (and the rest of us) for the money.
If you are not funding your retirement, well, it will catch up with you, over time - and you will be miserable at an older age.   Even in just a few short years, it will catch up with you.   If you have no savings and are heavily leveraged in debt, forget about buying a house or starting a business - or doing anything other than working as a drone to pay your bills.

Yes, Americans complain they work "paycheck to paycheck" - but they do this voluntarily and willingly - in most instances.   I examine the finances of many such complainers, and usually find their budgets padded with smart phones, Cable television, and not one, but two new car payments.  They have all the toys and all the bills.  But of course, savings and health care are not among them.
They can afford it - but they really can't afford it.   Not if they did the real math.
Newer Post Older Post Home