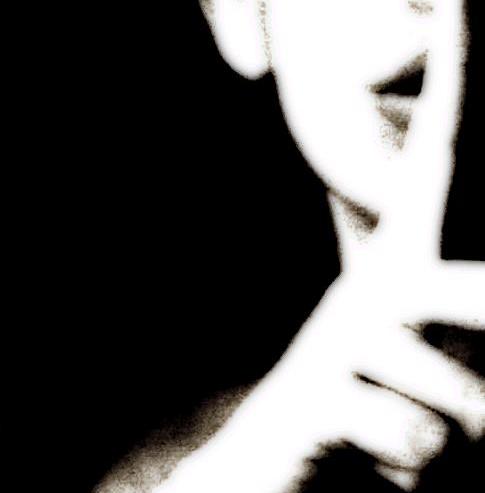 We are trained from birth not to talk about money - to our disadvantage.


People don't like to talk about money.  They don't want to admit to how much (or how little) they make.  Most companies keep this a carefully guarded secret - for good reason.   If you found out how much more the biggest slacker in your department made, you'd demand a raise - or quit.  Or vice-versa.

And we don't talk about our debts - no one wants to admit to being in debt, or being heavily into stupid debt (credit cards) for stupid things (fast-food meals).   We lie to ourselves and others about how much we spend.  And if someone raises the issue of debt and spending, rather than listen to good advice, we get defensive about it  - defending out debts and our creditors as if they were good friends instead of mortal enemies.

Recently, I bought a golf cart "buggy" for $299 and have spent a total of $1090 trying to improve it.  I kept track of all receipts and published it here.   I have friends who have far nicer "buggies" and when we talk about costs, they get evasive.   They give me this look that tells me they know they've spent far too much on their golf cart, but they don't want to think about it.   They have "a few thousand" into the project, but that doesn't include taxes, shipping, and other incidental costs, which really add up over time.

Our motivations for lying to ourselves are many.  We want to think of ourselves as rich and smart, and not just idiots squandering dough on sketchy purchases.  We don't want to admit to ourselves or to others that we've made idiotic decisions in life.  We all want to be more like our Facebook pages - where everything is wonderful and our lives are fulfilling and nothing bad ever happens.   This is why I don't have a Facebook page.

Con artists know this and rely on this silence to perpetuate their cons.   If you lost $5000 to a Nigerian scammer, you are not likely to tell your friends and neighbors about it, as the will think you are a fool.  So you keep quiet, and maybe they get conned as well.  In my business, older men often fall victim to "Invention Brokers" who fleece them for $5000 to $20,000 (always an amount not worth suing over) and then leave them with nothing.   The victims remain silent, for fear their neighbors will think them senile and their children will have them committed to a nursing home.  Silence is the con artist's best friend.

But the same goes true for "legitimate" businesses.  Banks and finance agencies rely on the fact that when you get a raw deal from them, you will be to embarrassed to tell anyone about it.  Or if you do, you won't disclose the gory details.

For example, car leasing is often a raw deal, but few will admit to it, lest their friends say, "I told you so!"  No one wants to admit - even to themselves - that maybe they threw away their trade-in on "closing fees" and that they got socked with "excess wear" and other "back-end" fees, which they rolled over into a new lease.  Better not to think about it, as it would just stress you out, right?

Well, wrong.  The problem is, when you are older, you could end up losing your license as your driving abilities diminish.  You might also die or get sick, as happened to my neighbor.   His wife had to "turn in" her husband's car early, which ended up costing almost as much as the remaining lease payments!  And she may not have had a choice, if the lease was in his name only - transferring a lease to another owner, even a spouse, can be sticky sometimes.

She would not tell me the exact dollar amount she had to pay, but intimated that it was close to or over $10,000.  That's a lot of money to not lease a car!    But most people don't like to talk about things like that, and she mentioned it only to me as we were pretty close friends and neighbors.   Others just take their lumps and move on with life.

It is a good, healthy thing to talk about raw deals.   It not only helps us to remember them and learn from them, but to educate others about the hazards of modern finance.   Sadly, few chose to do this.  Rather, if you talk with them about finances or money, they usually want to talk about distant other people who took away their money.  Right or Left, it doesn't matter - and I've heard the arguments from both sides.

The Redneck in the trailer park who only has 24 more payments to make on his rotted jet skis in the side yard tries to convince me that "those black people on welfare" took away all his money, even though he pays little if anything in Federal taxes.   His lifestyle choices, including smoking, a broken-down old Camaro parked next to the jet skis, as well as his 500 channels of satellite television (and of course, no health insurance!) have nothing to do with his situation.   A politician told him that black people took his money and he believes it.

On the Left, it is the same deal, but different targets.   The Leftist who leased a new Subaru (folding over the negative equity from their previous lease) tells me they are living "paycheck to paycheck" because "Wall Street" and the "1%'ers" took all their money.   There is no point in even trying to get ahead so long as there is wealth disparity in this country!   All we can do is hang on and hope to survive somehow, perhaps living on the subsistence of the latest sale at the mall.

It is sad to me, as both groups do make a lot of money over time and a lot passes through their hands.  They want to live a lifestyle they feel entitled to - the one their neighbors are living or that people on television are living.   Since, in their minds, they are doing nothing out of the ordinary, there must be some external reason for their misfortune.

So they remain silent about the real rip-offs in their lives, which they do have some control over (by not taking shitty deals) and are quite vocal about alleged malfeasance by unseen others, which they have no control over.

It is learned helplessness, in a nutshell.

Rather than blather on about "other people" causing your misfortune, a better and more instructive pastime - for yourself and others around you - is to examine the crappy decisions you made in life and how they affected your well-being.   This is not easy - it is embarrassing and difficult to do.   We'd all rather Facebook our lives as being perfect and wonderful.   We don't want to admit to being blithering idiots who squander cash on a daily basis.