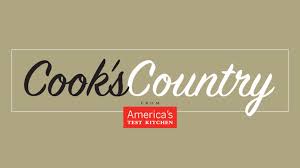 Legitimate companies use negative option techniques to snare customers.  But in the long run, negative option leaves such a bad taste in everyone's mouth that it damages your company's reputation.   Is there another way?

What these marketers hope, of course, is that you are just too tired and distracted to bother canceling the service before the trial period has ended.  Or they count on the fact that most people don't reconcile their credit card accounts on a daily, weekly, or even monthly basis, so they just don't notice they are being charged by AOL ten years after they stopped using the service.

Or they count on people thinking "Oh, $29.99 isn't a lot of money, I'll just pay it" even though the website in question is one they stopped visiting years ago.  And yes, people do this, even people of modest middle-class means who cannot afford to squander money like that.

So sadly, negative-option seems like it will be here to stay.

What brought up this issue yet again, was a subscription to Cook's Country, which is a magazine and public television show that also publishes America's Test Kitchen.   This is a great magazine and I really liked it.   It methodically attacks different recipes and food items from a scientific trial-and-error point of view, without preconceived notions, and then publishes the results.

They are great folks, and even did a movie about Fanny Farmer and re-created one of her signature menus from back in the day.  If you have Netflix, it is a good watch.   Sadly, their food empire is based on using negative-option, and this sort of is a buzz-kill.   I no longer feel warm and fuzzy about them.  I feel about them the way I would about a cable company and that says a lot.

So more phone calls and waiting on hold and we get the cookbooks cancelled.   A year goes by.   All is well until....

A charge for $34.95 appears on my credit card.   I call the company and they claim we still had an online subscription from January of last year, even though we cancelled the magazine and cookbook before then.   This is very odd, as my credit card was replaced with a new one with a different credit card number back in September.   How did they get the new credit card number?

In the meantime, I googled "Cook's Country bills my credit card" and get page after page of complaints.  This one is typical.  The complaints are all about the same.  People thought they cancelled the service only to find new charges.  Cookbooks arrive without being ordered.  It seems no matter what you do, they keep charging your credit card, without your authorization.

Of course, they claim you authorized the charge as a continuing charge for a subscription service.   That's their claim, anyway.   It is a shame, to me, that a legitimate organization resorts to this sort of thing.   But perhaps they farm out the billing to a company that works on commission, and you know how that sort of thing works out - like with Wells Fargo.

Commission sales, when unregulated, can lead to problems.  I recounted how a county paper decided to increase circulation by using a subscription company, who in turn offered commissions to sales people for signing people up.  The sales people went around to every apartment and just wrote down the names of people from their mailboxes, along with the address - cashed their commission checks and moved on.   Meanwhile, hapless "subscribers" find newspapers they didn't want on their doorstep, and ominous "final notices" in their mailboxes for subscriptions they never ordered.

Scale this up 100,000% and you have Wells Fargo, who offered commissions to sales people to sell credit cards and other accounts to customers.   When you incentivize people that way, they just resort to fraud to "make their numbers" and set up phony accounts.

Negative option works the same way.   When Webshots was sold and decided to revert back to a screen-saver company, many folks who paid for their premium service assumed that since the service was gone, they would no longer be charged.   But they found new charges on their credit cards for screen-saver services, and of course were outraged.   How does this equate into a sustainable business model?

Well, it can, for a while.   An article I read about AOL noted that half their income was from folks who still paid the monthly service fee, even though they didn't use AOL anymore.   Some, such as my late Mother-in-Law, thought you "needed" AOL to access the internet, and paid this fee on top of her DSL monthly charges.  Oddly enough, she was not alone.  I've know people that even today pay an AOL fee on top of their monthly internet access charges, even though the ISP provides a default e-mail address and you can set up free e-mail on gmail, hotmail, and yahoo, among others.

So yes, you get the clueless demographic with this approach.  And I guess America's Test Kitchen, being a PBS show, gets a lot of clueless older people who subscribe to Smithsonian and don't check their credit card statements too closely.  But long-term, they are alienating subscribers, which does not bode well for their business model.

Reforming negative option is impossible, because the people using it know that reform would mean revenues would be cut in half - at the very least.

For example, if you forced the subscriber to "opt in" to renewals, it would force the subscriber to think about whether they are using the service, how much it costs, and whether it is worthwhile.  When all it takes is a click of a mouse to say "no" more people would say "no" and you'd lose business.

If you sent an e-mail or text alerting them to auto-renewal and giving a link to their website to opt-out, the same result occurs.  It is more hassle to go to the website, log in, and opt out, but the result is more people would do just that.

If you relied on people actively remembering to renew, you'd have no subscribers at all!  Sending renewal notices by mail is expensive and doesn't result in a high response rate, as people don't want to hassle with getting out a checkbook and stamps and mailing stuff in - even if that is the safest way of doing it.

The problem, of course, with even that approach is that marketers have screwed that up.   I was getting dozens of "renewal" notices for various magazines which were either not renewal notices at all (but rather offers for a new subscription) or were far in advance of the expiration date - sometimes by years.   You send in a check and find out you have renewed your subscription until the year 2035 by sending in responses to all these "renewal" notices.   Or you end up getting two or three or even four copies of the magazine in question.

They don't make it easy to know how many issues you are subscribed for, how many remain, how much you are paying, and when the actual renewal date is.   And newspapers are no better, using "negative option" subscription services in the same way as well as being opaque (intentionally) about your subscription, when it starts, ends, and renews.

They say print is dead - I wonder why?   It is just cheaper and easier to read free stuff online, even if the content isn't as good.   Paying for content is problematic because they play games with your payments.   Honesty is in short supply in the subscription business, which is why a lot of people are hesitant to subscribe to things.

Angie's list recently switched to a non-subscription model because of the negative publicity surrounding their negative option model.   No one wanted to sign up for a hassle, just to read about plumber recommendations.   Whether they will succeed with this new model remains to be seen.   Some argue they are now making their money from the tradesmen themselves, which creates an interesting conflict-of-interest.

So maybe people are realizing negative option is odious.  When you treat your customers like shit, in the long run, they will flee to the next available alternative.  The railroads and trollies found this out the hard way - people flocked to more expensive auto transportation, as it was less painful.   Cable companies are mystified as to why no one wants their "content" when they can stream on the Internet for far less.   There is a lesson here, for marketers, if they chose to learn it.

When you make doing business with your company a toxic relationship, people will flee eventually.  It may take a year, five years, or a decade, but eventually, you will be left with nothing.


UPDATE:   Cook's Country issues a refund, after Bank of America already canceled the charge.  So I guess I have to call the bank again to cancel the cancel.

Also, a reader alerts me to an article in the New York Times which illustrates why they may be using negative option so aggressively - there is a schism in the organization between one of the founders and others who want him to step aside.

It is very sad to read, as it illustrates how greed takes over once something becomes popular.   The media types want to turn it into some sort of monster empire, like Martha Stewart's failed "Omnimedia".  The founder just wants to do his thing - but a lawsuit may be preventing him from starting a new enterprise.

I guess his only consolation will be the tens of millions of dollars he made from this.  Boo-Hoo.
Newer Post Older Post Home