You Can Still Buy a $299 Washing Machine these days. 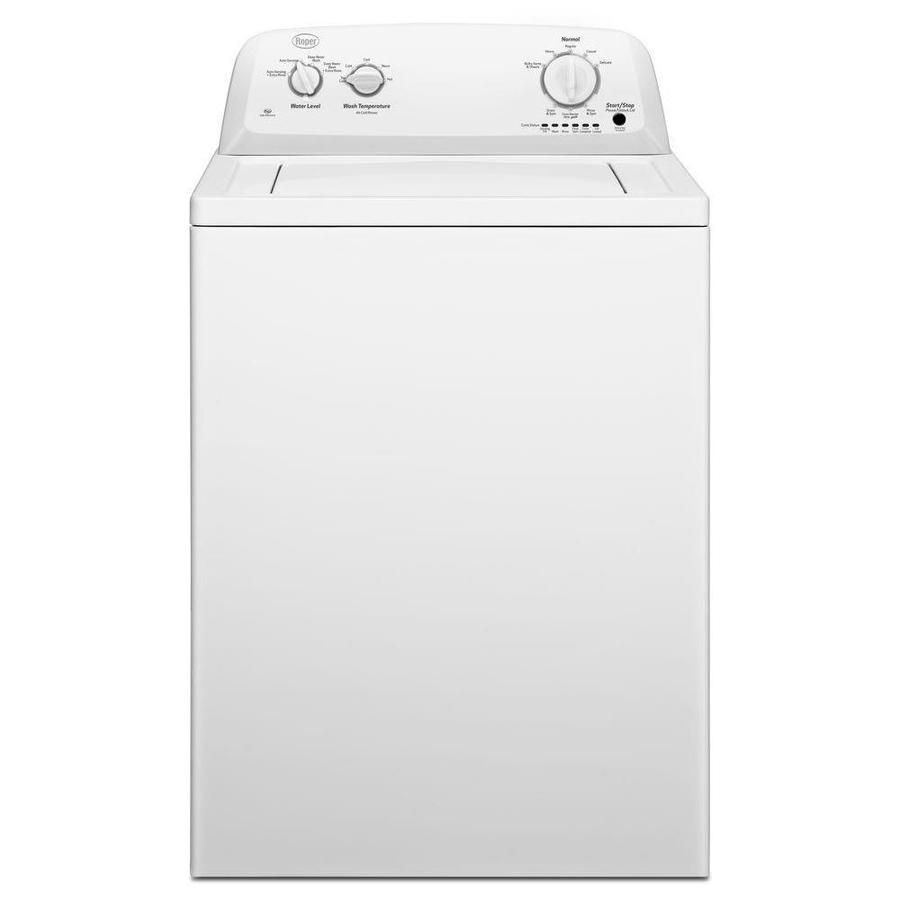 A simple basic washing machine costs $299.  You can spend literally ten times as much for a fancier machine.   Both wash clothes about the same.  What is the point of fancy appliances?

We were at Lowe's yesterday buying plumbing supplies.  The toilet flange in one bathroom cracked, due to a poor installation (it was crooked and raised from the floor, causing the toilet to "rock" which will eventually crack the flange, the toilet, or both - fortunately it is not too hard to fix).

What amazed me was the vast range in pricing of appliances.   They had refrigerators selling for over $6000 and for as little as $450.   What was really odd is that the $6000 refrigerator looked not unlike a similar 3-door stainless model selling for $1999.   I mean, if you really want "bling" why pay more for it?

Washers were the same way - selling for $2000 or more in front-loader configuration in designer colors.  Without the "platform" underneath them, they seem like a back-breaker to me.  The cheapest washer and dryer were this Roper combination for $299 each.

Yup, $299, or about 1/10th the cost of a Samsung designer series in red, with the pedestal base.   In fact, the pedestal base, which is just an empty steel box with a drawer in it costs more than the entire Roper washing machine.

And guess which will last longer?   You'd think the more expensive one, but you might be wrong.  Front-loaders have an interesting history and they tend to accumulate mold, break down or even explode.   So the BMW-Theory might apply here as well.  You pay more but you don't get more in terms of reliability and longevity.   The old GE/Hotpoint toploaders used to sell for $250 new and lasted a decade or more.  Then you throw them away.

And that is the deal - appliances are so inexpensive (or can be) and repair labor is so high, it is easier and cheaper to buy something, use it for a decade, and then just throw it away and buy a new one.   It seems wasteful, but assembly-line labor is cheaper than someone driving to your house and "repairing" things.

One thing that has changed and has driven up costs are new safety requirements like washing machine door latches.   These prevent the machine from being opened while in operation.   And they can cause problems for folks.   A friend of mine bought a new washing machine with such a latch and left the door open while it filled.  She liked to do that, adding laundry after the soap had dissolved in the water.

Problem is, this caused the machine to go nuts.  She actually went out and bought a new machine and then did the same thing.   She called a repair person who checked it over and finally said, "You aren't leaving the door open at the beginning of the cycle, are you?"   Because if you do, it throws off the entire cycle.

Technology!  Have to love it.

Anyway, our old GE toploader is pushing 11 years and starting to rust.  I only hope the Roper is still on sale when it finally dies.   The dryer is showing signs of having fits as well.   They also have a matching Roper dryer for the same amount.

Maybe I should buy it now before Trump puts tariffs on goods and it costs $1000.
Newer Post Older Post Home