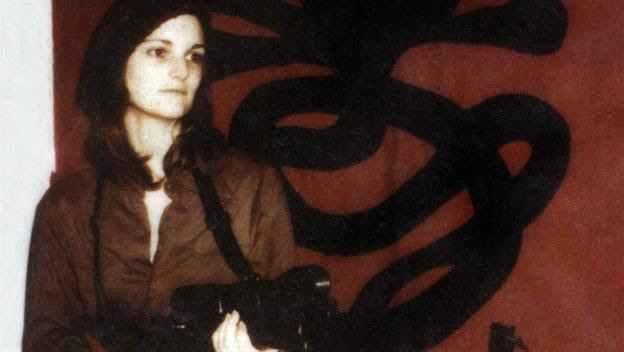 Stockholm Syndrome is a fascinating aspect of human nature.

The tendency to identify with your abuser is not some abnormal aspect of human psychology.  If you look throughout history, there are myriad examples of people who were horrifically abused but later became allies of their abusers.   You read about the early history of Europe, where marauding invaders would wipe out a village, killing every man and boy - but take the women and children with them, who would later become wives to the very men who murdered their husbands.

And you see it in the history of slavery, not only in America, but in ancient Rome, where although most slaves resented their treatment and conditions of servitude, others, particularly favored slaves, identified more with their masters that their fellow indentured servants.   Some would even defend their masters against uprising or rebellion.

Still others are able to reconcile with abusers from years past or not so many years past.  Atrocities in South America, Cambodia, and even from World War II seem unforgivable, but yet many people reconcile with former enemies or allow for "reconciliation commissions" to grant amnesty to abusers.   And often the reason for this is that holding grudges forever ends up hurting the victim more than the abuser.   Forgiveness often provides release for the abused and punishes the abuser.

But getting back to finances, why do we see the same behavior here?   One of the loudest arguments I get against my blog is not from the finance companies, banks, used car dealers, or payday loan operators, but from their customers.   People have gotten very angry with me when I tell them that leasing a car is a pretty shitty deal, because they just leased a car.   Folks have gotten outright nasty when I tell them what all the financial advisors in the world all agree on - that co-signing a loan is a really horrifically bad idea.  As you might guess, they co-signed a loan....

To some extent, it is a matter of a self-defense mechanism.   If I attack leasing as an expensive way to own a car (and you do own it, not "rent" it) with a lot of hidden charges, you may take that as a personal attack, subconsciously, if you just leased a car.   But also, you may want to deny that you made a shitty deal.  Admitting our own mistakes is the hardest thing to do, of course.  Again this is normal human nature and nothing to be ashamed of - we all do it, including and especially me.

So they lash out.  They feel threatened as if attacked personally, even though I am attacking their abuser and not them.  They make themselves feel better about a poor financial decision by attacking me personally.  After all, if I am wrong about payday loans, then they must be freaking geniuses for getting one, right?

And of course, I must be wrong, otherwise these things would be illegal and they wouldn't be so popular, right?

Ahhhhh... therein lies the rub.  So many people bite on shitty deals these days, and thanks to a new "hands off" administration, we can expect America's businesses to offer up more shitty deals in the future.  And it isn't just me or some consumer agency or advocate saying these are shitty deals.  Bill Ford, who owns a small car company in Detroit (disclaimer, I am a shareholder) says he is alarmed about seven year car loans as not only do they hurt consumers, but make it harder to sell cars in the long run.

So it is easy to say these "must be good deals" or no one would be taking them.   It is like those postcards I get from AT&T offering me free "bundles" of satellite television.  They must be good deals, right?  All my neighbors have satellite TeeVee and Cable.   The idea of not watching television just isn't possible, right?

I thought so, too, at one time.

The deal is, you can go through life taking all these shitty deals, living paycheck-to-paycheck, and having all the channels, a new leased Acura, and a mini-mansion with a sun nook.   Most Americans do this.  They live "paycheck to paycheck" on $100,000 a year or even $250,000 a year.  It is a game you can play at all income levels.

Or, you can spend less and accumulate wealth.  And one way to do this is to take fewer shitty deals in life.   And this is not an onerous burden, but actually something that makes your life better.  Owning a car outright with no payments to make is far better than leasing a new luxury car.  The reduced financial stress and the increase in your net worth are something that you can't show off to the neighbors, but is far more personally rewarding.

And I guess that is the beauty of the whole deal - it is not really all that hard to do, but few people choose to do it.  Most waste their energies defending their abusers and defending their poor financial decisions.  They complicate their lives with cash-back miles and home equity loans, thinking they are getting ahead by playing the bank's game.   It is Stockholm syndrome, plain and simple.
Newer Post Older Post Home