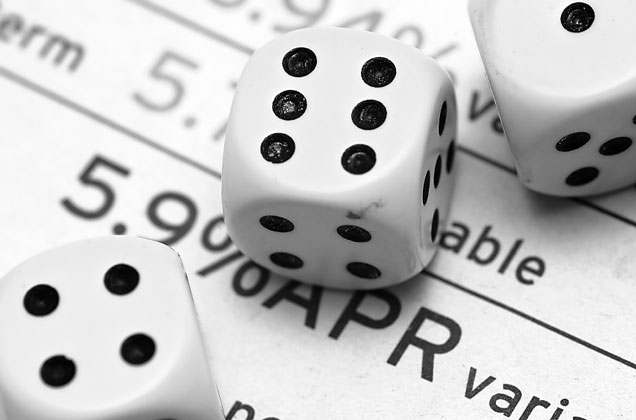 You might not feel sorry for a businessman until you decide to go into business for yourself.

Another weepy article on National People's Radio this morning interrupted the tornado warnings. In the article, they talked about a small real estate company that signed some odious loan documents. Actually, they weren't really odious loan documents from a commercial standpoint, but pretty much standard stuff.  I had to sign such documents myself when I ran my law practice and also invested in real estate.

When you get a home mortgage on your house, the interest rate (which can be a 30-year fixed rate) is effectively subsidized by the government.  In addition, they can't come and take away your house unless you stop making payments on it, and even then, the banks have to go through a convoluted process in order to take back your home.  Depending on what State you are in, you can take a year or longer to foreclose on a property, particularly in such liberal states as New York and Massachusetts.

But with commercial real estate, all bets are off.  Not only are you paying higher interest rates (which are usually variable rates), the loans are what we call "callable notes."  What is a callable note?  As the name implies, it's a loan that can be called in at any time for almost any reason whatsoever. If the lender feels that you are headed toward insolvency or being financially irresponsible, they can make a demand that you pay the entire balance of the note at once. And if you can't do this you are effectively screwed.

Most people who work for a business, particularly a small business, don't understand this.  They think the principals are making huge amounts of money and taking very few risks.  But actually there's an awful lot of stress involved, as it any moment a banker can pull the rug out from under the business owner.  And sometimes the banker doesn't even have a choice in the matter.

Following each economic crash, there are usually calls for reform, and one of these reforms is that banks have more cash on hand.  Many banks leverage themselves by loaning out an awful lot of money to the point where if loans start to go sour, they too will go insolvent.

So, for example, if the Federal government suddenly demands that the bank have more cash on hand, the bank has to find a way to raise that cash in a hurry.  And one way to do this is to start calling back notes. A small businessman may be making money and paying his obligations on time, but finds himself behind the 8-ball when the bank calls his note and demands full payment immediately.

As a result, during the recession of 2009, many small businesses been found themselves in that situation, and were effectively forced out of business when their business loans or real estate loans were called and they had no way of paying them off.

Like I said, I was in a similar situation, having millions of dollars worth of real estate loans that were mostly callable notes.  And most of these loans were through a bank called Burke and Herbert which was run by one man, Taylor Burke.  Taylor Burke was a good guy but it made me very nervous that if he decided he didn't like me or that my business plan wasn't rational, he could call my notes and put me out of business in a heartbeat.

Since I did all my banking through his bank, he knew exactly what the balance was in my checking account and whether or not I was making any money.  If I bounced a check, for example, that could be enough to trigger his decision to call the notes on my properties.  It was a very stressful situation, and not coincidentally I developed a lot of stress-related health problems during that era.

Selling off those properties and paying off the remaining debts was one of the most stress-reducing things in my life.  Today, we are debt-free and that has its own set of stresses to deal with.  But it is a lot less stressful than having these mortgages and loans hanging over your head.  A home mortgage isn't too bad, because you do have a lot of rights, provided you keep making payments on the note.  But commercial real estate?  It was a very stressful situation.

But that is not the way the Democratic Socialists paint the picture.  They posit that anybody goes in the business is an evil profit-mongering greedy bastard who deserves to be taxed to death.  And sadly, many municipalities and local governments feel this way, too.  The city of Alexandria, for example, felt that I should pay a 4.5% "gross receipts tax" on the gross amount of money I was receiving.  In case you haven't noticed, that is staggering amount of money.  Their argument was that I should just tacked this on to each one of my bills and charge my clients for it.

But since my clients could obtain services from other vendors, there was price competition.  And I couldn't just raise my rates by 4.5% in order to satisfy the needs of the city of Alexandria to build a new skateboard park or whatever.

And that is short is why running your own business can be fraught with real hazards.  Once you start employing people, your attitude about employment changes dramatically.  Before I was an employer, I was another whining employee complaining about how stingy my bosses were and why don't they give me a raise and pay me more money and provide better perks?

Once you become an employer, you see things from a different perspective. Your employees are constantly demanding more money and doing as little work as possible - which is to be expected as each person is looking out for their own interest.  Unfortunately, this often means that you break even on an employee's labor or sometimes even lose money.  And when that happens, you have to fire the employee, which from the employees point of view seems grossly unfair.

Compounding this, as a business owner and employer, you are expected by various State local and the Federal government to become a healthcare provider, and a retirement planner, as well as a means of an enacting social justice to over-turn years of discrimination and racial bias.  You're also expected to be a tax collector for the Federal, State, and local governments, and keep all sorts of records and documents for everyone involved.  It seems that anytime a government wants to enact some sort of policy, they throw this burden onto employers and business people, as if they have nothing better to do and have all the money in the world to pay for these sort of things.  Maybe General Motors can afford to hire a "workplace equality enforcement officer" or some such nonsense.  But the small business men cannot.

And therein lies the real danger becoming a business person or an employer.  You may very well turn into a Republican - as scary as that sounds.
Newer Post Older Post Home