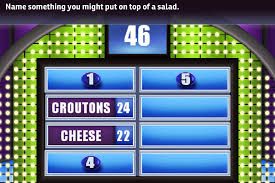 Modern pseudoscience relies on the survey as its primary source of data.

A lady knocked on our door yesterday with two surveys that she asked us to fill out.  The surveys are part of her PhD dissertation, and I'm not quite sure what she's setting out to prove.  Like any other survey, it is setting out to prove something, whether people want to admit to this or not.  And that is the fundamental problem with surveys to begin with.  Almost every survey has a foregone conclusion that they're trying to prove through use of statistical data.

This particular survey was trying to figure out whether we liked turtles and trees.  I'm not quite sure what she's trying to prove by the survey, but I'm not sure I want to respond to it. There are three pages of questions as to whether I feel I identify with turtles (in one survey), or with trees (in the second). I'm asked whether I feel that turtles or oak trees define our island, whether I identify with them, what I thought of them, or what not.  It also asks whether I am willing to do things like clean up the beach for the turtles or plant trees or whatever.

The way the questions are worded, it is more like a push-poll than an actual survey of opinion.  The questions are more along the line of, "Do you love and cherish the turtles and trees, or are you one of those heartless bastards who just wants to ruin the environment?"  There really is no in-between in a survey like this.

I am hesitant to answer the survey as I'm not sure how the data is going to be used.  If the island residents respond that they love the trees and the turtles then perhaps this will be used as an excuse to make it even more difficult to maintain our properties here on the island.  As it is, we have to obtain a special permit to cut down a tree on our property, even if the tree is dead and overhangs your house and ready to fall in the night and kill you as you sleep - as one 150 ft tall dead pine tree on my neighbor's property is currently poised to do.

There is also talk of restricting access to the beach, and some parts of the beach have already been restricted in order to make room for nesting sites for birds.  We've already cut back on lighting on the shore to accommodate the turtles during mating season, even though our island is not a primary site for turtle nesting.

These are all laudable goals, but sometimes they have unintended consequences.  And often I see that the people who want to restrict access to the beach or restrict others' activities don't want to restrict them for themselves.  Local residents got all up in arms because one of the entrepreneurs working for the hotel was driving an ATV on the beach to tow his beach umbrellas and beach loungers from the parking lot, a distance of 1/4 Mile.

Meanwhile, employees at the Turtle Center not only have several huge ATVs that they drive up and down the entire length of the beach all day long, they actually sell rides so people can go on "Turtle Expeditions" via ATV on the beach.  In other words, it's not okay for us to use the beach - even to walk on it.  But it's okay for an environmentalist to do whatever the hell they want, including driving vehicles on the beach.  There's a certain level of hypocrisy here.

If the response to the survey shows that the homeowners are less enthusiastic about the turtles and trees, this could also be used against us. We would be painted as heartless bastards who basically run over turtles in our spare time and chainsaw trees just for fun - and this used an excuse to restrict beach access and tree cutting.  If we profess a love for turtles and trees, this will also be used against us, with similar results.

I thought briefly about spoofing the survey.   In the comments section, I could have added things such as "live oak makes excellent firewood!" or "turtle eggs are sure delicious!"  But I decided to play it straight.  Whether or not I return these surveys though, I'm still undecided.  Again, I'm not sure whether the data will be used in a way that will be helpful to myself or to the trees or to the turtles.  It certainly will be helpful to the person who's working on their PhD dissertation.  And I wonder how much of our taxpayer money is going into this.

Speaking of surveys, another one is came out recently, saying that over half of all Americans have a family member who's been incarcerated.  I thought about this with regard to my crazy family including my drug-addled siblings and nieces and nephews, and thought that the survey result was pretty accurate, as at least two or three of them had spend some time in jail.

But again, like most surveys, they set out to prove a point, and the point in this case is that the United States is a horrible place and incarcerates more people than any other country except China, and that this is a horrible rotten thing because criminals should just be allowed to roam free on the streets.

I read more about the survey and realized it was performed by Cornell University in far-left leaning Ithaca, New York.  I'm all-too-familiar with Ithaca, having lived near there when we had our summer home. The place is crazy liberal, not just normal liberal.

The data sample was 4,000 responses, which is not really very representative of a nation of 310 million people.  And I have to question their methodology, too.  Did they questioned 4,000 people from the greater Ithaca area?  If so it wouldn't be surprising to me that most of them were in jail, particularly since it is very near Auburn, New York, whose population consists of prisoners and families of prisoners,  who actually moved to the town to be near their incarcerated brethren.  Next to Cornell, the prisons are the largest employer in the area!

As with all surveys, there is a problem with self-reported data.  First of all, the type of people who are willing to respond to such surveys has a huge filtering effect.  Someone living in rural Montana probably hung up the phone on their survey-taker when they said they were from New York, doing a survey on incarceration for Cornell University.  That person likely doesn't have any family members in jail, and they probably didn't respond to the survey.

On the other hand, people with an ax to grind about family members who are "unjustly convicted" are more likely to respond to such a survey.  Similarly, the tree-huggers among our population here on our island are probably more likely to respond to the survey, putting down all "sevens" that the turtles and the trees and most important things in their lives and represent our island.  Meanwhile, the people who feel ambivalent about the turtles and trees probably didn't bother to fill out the survey.

And even if they did bother to fill out the survey, odds are they didn't fill it out honestly. No one wants to be perceived as a tree murderer or turtle killer, so they would put down higher numbers than maybe they perhaps actually feel.

Sadly, today, so much of the "science" we are hearing about in the press is basically social science, which uses surveys to acquire data.  Survey data is highly flawed, particular in this day and age where people don't answer the phone, and people are too busy to fill out paper surveys.  Surveys also have an odious reputation as they usually used as bait for various online scams.

I filled out the survey and I guess I'll hand it back to the nice lady working on her Ph.D.  After all, I don't want to see another unemployed Ph.D candidate wandering around the country.  But I may regret submitting the survey the next time I try to get a permit to cut down that dead tree in our backyard - or the next time I go to the beach only to see a sign saying that is closed to everyone except for the environmentalists and their ATVs.
Newer Post Older Post Home