Throwing Your Life Away Over Politics 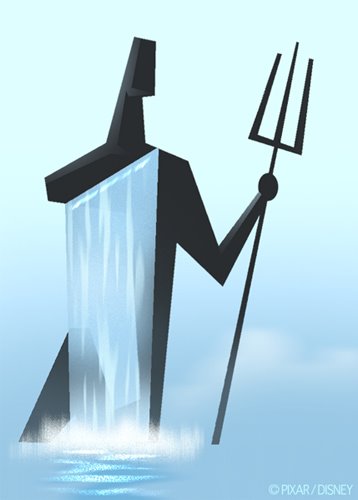 Maybe what the world needs is fewer heroes.....


Recently, a young man was sentenced to life in prison after he attended a Nazi rally and then ran over a protester with his car.   He hadn't accomplished much in life, being booted out of the military.  He lived with his Mom at an age when it was embarrassing to do so.  He couldn't keep a job, and instead spent all day long playing video games.  And yes, it was likely he was mentally ill.

But for some reason, he felt that his immediate problems in life were trivial, compared to the greater problems in society, and that "if only..." his brand of politics could become law of the land, then his own situation would improve.

I called this externalizing early on in this blog - the idea that our personal problems have nothing to do with the shitty decisions we make in life, our own laziness, or stupidity, but rather are the result of greater forces at work - conspiracies of [fill in the blank] designed to take away our life, liberty, and pursuit of happiness.

The news also reports it is the anniversary of Sarah Jane Moore's attempted assassination of Gerald Ford.  No one seems particularly sure why anyone would want to take a shot at President Ford, who was by all accounts a genial man, if a bit overwhelmed with his Presidential duties in an era of stagflation and the end of the Vietnam war.  But for some reason, Ms. Moore became "radicalized" (sounds contemporary!) and was convinced in her own mind that the only solution to the world's problems was the assassination of a President.  After more than 30 years in jail - and no doubt some mental health treatment - she realizes she basically threw her life away over nothing.

These are two examples of extremes, of course, but increasingly, we are seeing, worldwide, that people are not just content to work on their own lives - getting a job, a place to live, paying the bills, and partaking in the really heroic struggle of life, but rather want a shortcut or easy way out, by pointing a gun, setting fire to a police car, or whatever - as if these acts of violence will really enact serious long-term social changes, instead of just making things worse for everyone else.

But you needn't be a jihadist radical to throw your life away with politics.  Sure, it is a good idea to think about policies and politics and vote, and if you get your life together, you may even have money to contribute to a campaign - which really makes a difference.   But becoming a professional protester or one of these boorish people who inflicts their far-right or far-left views on hapless friends and acquaintances?   Just leave that shit alone.

Myself, I tend to see both sides of the issues - and realize neither side is right, nor are they really so concerned about these issues as much as they are in getting into power and staying there. Republicans talk a lot about lowering taxes and cutting spending. Sadly, they seem to be obsessed about the former and forget about the latter - something that will come around to bite us on the ass in the next decade - as we engage in even more deficit spending to prop up the economy after the next recession.  Democrats are little better, and have also demonstrated their blood-lust for power, time and time again. They claim to want to help "the little guy" but they see us only as voting blocs to be pandered to, in order to get elected.  Neither side is entirely right or wrong, and both are little more than politicians concerned with preserving their own perks.

But you don't have to be a would-be assassin or a neo-Nazi to throw your life away over politics - many ordinary Americans do this all the time with a low-level simmering resentment of the political establishment or even their own country.  Obsessing about politics can make you unattractive to employers, friends, and potential mates.   No one wants to hire, marry, or hang out with the guy or gal with political bumper stickers covering the back of their car - the guy or gal who does nothing but talk about politics - as if they actually know something - while at the same time, their personal life is a train wreck.

I saw this in my own family, firsthand.  My late sister bought into this hippie bullshit in the 1960's and felt that the comfortable middle-class lifestyle that my parents struggled so hard to give her, was bourgeoisie and should be shouted down.   Hey, smoke enough pot and anything seems plausible.  So she gave up on the idea of marrying a successful businessman and instead married far beneath her social status, and then wondered what the hell happened when her life went off the rails.   Once she reached middle-age, she realized that having a nice income and a car that started wasn't such a bad thing.  When she went back to her 30th college reunion, she was chagrined to see that all her friends who espoused the hippie ideals back in the 1960's were all driving luxury SUVs and carrying expensive designer handbags, having either had married successful men, or were successes of their own in the world.

My brother did a similar thing.  He was going to protest against the Vietnam war, a war which he had little chance of actually fighting in, thanks to deferments and a college education.  He put his life on hold for a decade or more to live in an unheated barn in a commune which was communal except that one "guru" ran everything and told everyone what to do - for his own aggrandizement.   It took him more than a decade to realize that he needed to have his own independent source of income, and that being able to retire someday wasn't some evil bourgeois thing, but a human desire.

Another brother obsessed about politics (and yes, once again, pot was involved) to the point where his girlfriend left him for a guy who ran a bagel store.  She wanted to have a husband who was a provider and had his shit together, as she wanted to have children and raise a family.  Unrealistic goals, I know!   But brother saw this as yet another injustice in the world - all aimed at him - and that her desires were just bourgeois and she didn't see the greater issues and injustices in the world.  And yes, he is the kind of guy who uses phrases like "Republi-Nazis" and "Repukes" and whatnot, which doesn't really engender any sort of dialog, as much as it just shuts it down.

Lives wasted, perhaps not as badly as that of Sarah Jane Moore, but diminished, nevertheless.  And I almost went down that same road myself, wanting to be a causista and save the world, rather than save myself (and I did need saving) from my own folly.  I got some good advice from Dr. Sol Gordon at Syracuse University, who pointed out that in order to change the world, I needed to take care of myself, first.   What the world needed wasn't yet another indigent protester in the street with a sign, but people who succeed in their careers and changed the world from within.

And like I said, for better or worse, our generation won - not through marches and chants and slogans - but by taking over the machinery of our society from within.   IBM was never like this.  Republicans today are furious that the largest companies on the planet, mostly in the tech sector, are run by liberals - if not the flaming variety.   The traditional base of the Republican party has been subverted - by the traditional base of the Republican party itself.   We won from within, by taking those jobs, going to work everyday, and making a little dough to the point where we can contribute - sometimes staggering amounts - to political campaigns.

But I am sure that my brother's little "We Hate America" puppet shows had as great an impact as Jeff Bezos buying The Washington Post.  I mean, in a bizarre, parallel universe, that might actually be true.   And like Sarah Jane Moore, eventually the causistas get older and realize that perhaps they squandered a lot of their life's energy on someone else's causes while their own cupboard was bare.

If you want to be a hero, just live your life, support yourself, and be happy and comfortable.  These are not "evil" things, nor are they selfish. The world is already chock full of malcontents, drug addicts, crazy people, and whatnot.   Not adding to the pile is probably the greatest gift you can give to humanity - and not-so-incidentally, to yourself.  I think that was what Dr. Gordon was getting at, when he gave me that advice.

Did I change the world?  Hardly.  But probably more than my causista siblings - and I had a lot more fun in the process.  And sometimes, things we do might not seem to impact the world, in and of themselves, but over time, tiny actions, particularly by a large number of people, have greater reactions.  As one of the line workers at GM once told me, a tiny gear can turn a big one, slowly, over time.  Maybe this isn't as flashy or dramatic as burning down a McDonald's, but in the end, it is far more effective.

Be a hero - in your own life!  And have fun doing it.
Newer Post Older Post Home